Just a few days after I published the contents of Makoto Shinkai's reply to me regarding whether he will be giving out autographs this Friday at BFI's 5cm screening, I receive the long awaited response from BFI that says the following.

Thank you for your email which our box office has recently passed to me for response. Having spoken to the programmer arranging this event I can tell that in addition to the on stage interview it is planned for Mr Shinkai to participate in a booking signing, in our film store, after the screening. Unfortunately for copyright reasons we do not allow cameras in our cinemas. 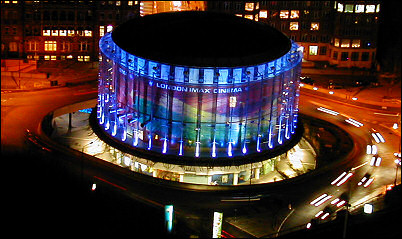 Looks like this event really wasn't being planned very thoroughly just like he said because this isn't mentioned anywhere on the BFI website. Could the change of plan just be a coincidence or, did Shinkai arrange this? In any case, this is great news for the fans! I'm just wondering what "booking signing" means exactly... Do we have to get a separate ticket to get autographs? I tried e-mailing back with that question in mind but haven't received anything back yet.

Looks like they did add the change of plans in... Strange it wasn't there when I checked after receiving the e-mail. It will be interesting to find out how much they sell his artbook for. It seems the second batch is ready because retailers like HMV JP have it back in stock!

We are pleased to announce that Makoto Shinkai will be signing books and dvds in the BFI Filmstore after the screening. His art books have been shipped over from Japan and we have only a very limited number in stock. These can be pre-ordered by calling the Filmstore on 020 7815 1350.

I also did a little look up and found that Shinkai was actually at BFI back in 2005 too during the screening of his very first commercial movie, "Voices of a Distant Star". According to Aya's blog entry, it seemed to have turned out very well except one had to be very lucky to get any of the autographed goodies that were given out at random that time. Looks like fans won't have to struggle this time. Just a pity I won't be able to use my camera inside to cover the event. 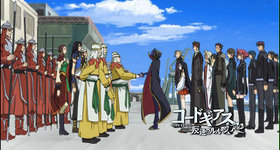 Episode 9 Summary, The Bride of Shukinjou The Black Knights and the now free one... 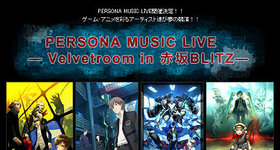 Aniplex is planning a live concert "Persona Music Live" dedicated to the most...

Maltos,
I'm thinking the dubbing might ruin it until the theme song in the third part of the movie. I think this maybe the only movie where most people will stay behind to listen to Tenmon's piano piece during the credits.

You sir are a very lucky man. Being able to see 5CM on the big screen is privelidge of a lifetime but then meeting the man for a signing. God am i envious.

Hope you have a great time!

=O Remember if he does give out any free artsy swag to at least take pictures or scan them!~ =)

Diego,
You and Omono's comments are scaring me but, thanks =P

Omonomono &raquo; A Date with 5 Centimeters Per Second - Part 2

Please expect to take delivery of a cartload of sour grapes very soon, with my compliments.

(Seriously, though - have a great time. I look forward to reading your event report.)

Have fun and good luck. :D