Been a long time since I touched the Switch and was quite excited when I heard there was a new Bravely Default game. Got it confused with Bravely Second but it's actually a whole new game and story.

The Final Fantasy series started off with a very simple Heroes of Light against darkness but, after that they've evolved to have more depth to them along with a cast of fun, interesting characters to adventure with. The Bravely series is fairly much a spin-off that returns to those roots and Bravely Default II isn't much different apart from the battle system.

Gloria's empire of Musa has been crushed and the Crystals of Light stolen. As she sets off on a journey to recover them the only crystal she still possessed leads her to a young man washed ashore, Seth. And so together they travel together on her quest and meet Adelle and Elvis along the way. Elvis was on a quest to recover Asterisks, items that grants their users various powers but also helps decipher an old magic book an old friend of his possessed. Adelle on the other hand thought it would help lead to her lost sister while tagging along. 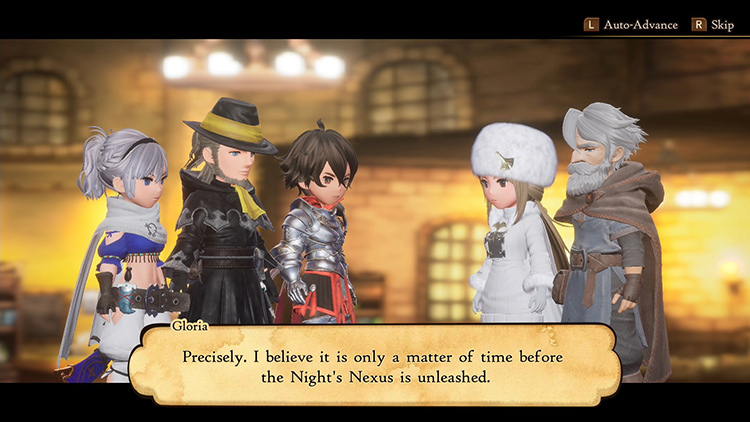 Starts off with a tutorial which was nice and short, serving as a good reminder of how the Bravely Default system works; you can Brave to borrow future turns or Default to save up turns.

It would have been nice if the game gave you the option of showing enemy weaknesses just by highlighting them like in Persona instead of having to go the info window.

Otherwise the battle system pacing is still there and the highlight of it all is the job system Final Fantasy III introduced that allows you to mix and match abilities and skills from each job. Very fun experimenting what combos give you the best edge in battles. Skills aren't the same old as they've been renamed and shuffled around a bit such as White Mage's Holy has been moved to a new "Spiritmaster" job.

There's also a new weight system where the weight of your gear can affect your turn speed which is an interesting change. Possibly inspired by Western ARPGs where you loot as much as you can but then become over burdened. 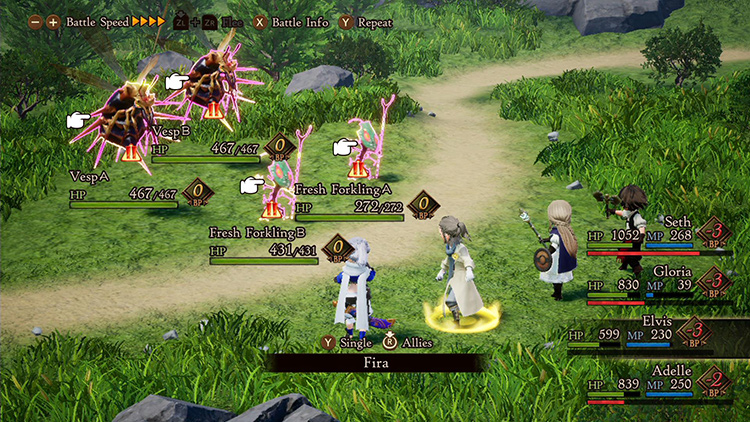 Dungeons have no maps but they're small enough to wade through and still provide a sense of exploration. They're actually quite fast to beat especially when you can power level quite easily with consecutive battles so that you can waltz around a dungeon without being attacked; quite a good indicator of whether you'll be ready for the boss or not too. There's an ability that tells you the number of treasures so you don't end up wandering even after finding them all which is good.

However, I think this game as the most number of trap treasure chests I've played in an JRPG and will probably end up being known for it. Some maps just feel like they're designed to annoy you even. The map designers probably realised this since they plant some very obvious traps. 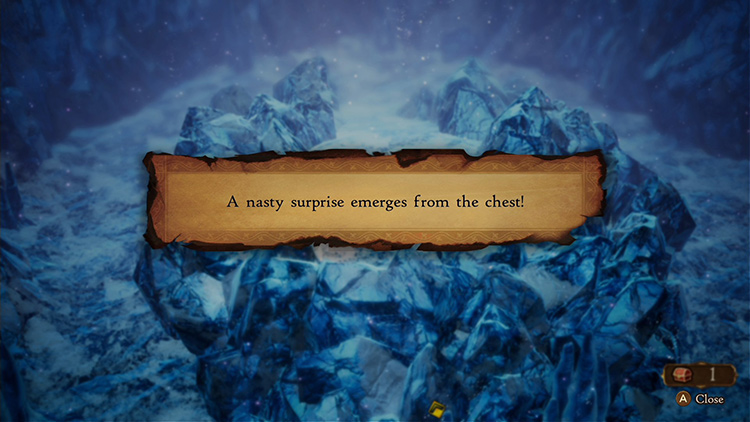 There's an "exploration" feature where you're expected to leave the Switch in sleep mode to gather rewards while you're not playing. Think this would have worked better if you didn't have to leave it sleeping and just logged in/out like idle mobile games do.

That said, it's still handy to minimise the level grinding since it rewards you with various XP/JP boost items. Still can't beat spending actual time level grinding of course and you'll be doing a lot of it with so many jobs to experiment with. Fortunately, like previous titles, it gets easier to level grind as you progress with treats that give you consecutive battles for bonus XP/JP, accessories and even instant death abilities to speed through it all.

There's a lot of side quests and fortunately they all have markers. They even help you through dungeons that are designed to make you run around in circles but for those who are more adventurous, they can be disabled too. There are plenty of customisation options to make the game play the way you like. 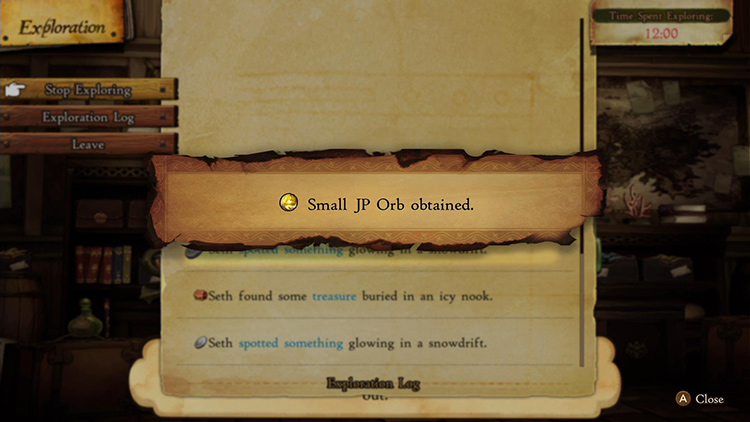 Interestingly the game uses the Unreal Engine but it doesn't run that great. Loading lantern animation is very choppy, some fights and environments where there's a lot of lighting feels very slow and heavy too.

Other than that, dungeon designs look great. I think probably better than the towns themselves. That said, there are the odd locations are pretty stunning. It's a shame the towns aren't in 3D any more as the 3DS games looked great.

There's a night and day cycle which determines when there are more monsters about which is pretty cool. No random weather effects unfortunately. They're fixed to certain areas but the little lantern lighting the way in the night is pretty cool. 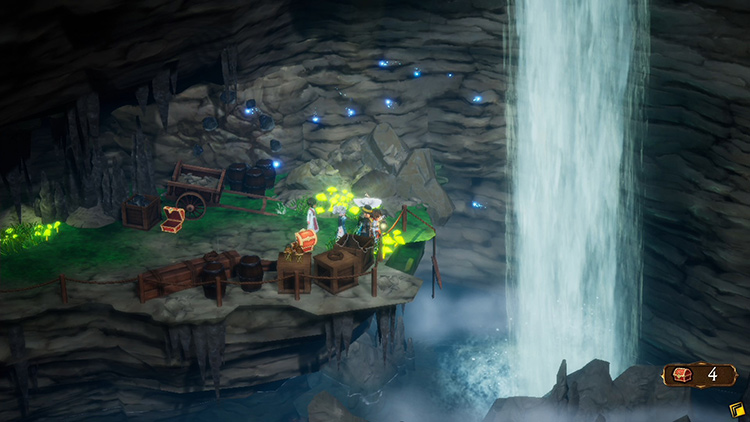 Visually, something about the character designs put me off at first. They kind of felt dull and overly rounded and, didn't work well with the backgrounds. Kind of like in between real life looking and Anime characters like Xbox avatars. I guess it just takes some getting used to compared to the old cute models. Once you start unlocking new jobs they do look better though.

However, don't let the cute aesthetics fool you. The fantasy world setting is filled with some gruesome details with your classic evil sacrifices and deranged brutal enemies with some fairly graphic detail. That said, the characters are well developed to the point you care about them when any mishaps occurr. 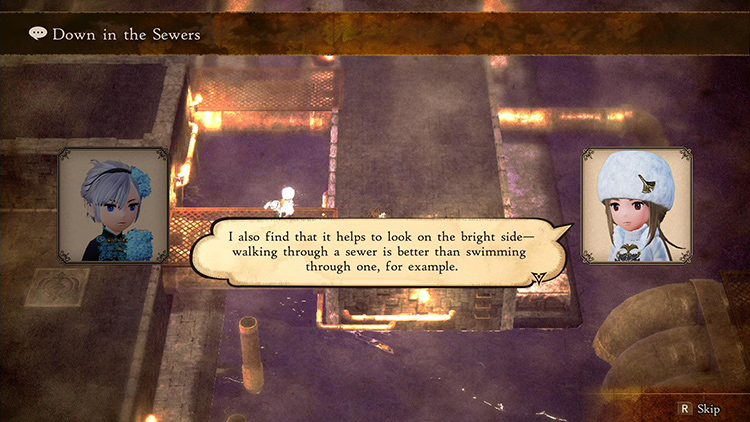 Localisation feels kind of off as the characters don't well... stay in character as words like "hen" or "crikey" suddenly appear even though they don't seem like the kind of language the characters would use. Interestingly enough, Adelle's Japanese VA is Yukana best known for her role as C.C. from Code Geass.

Overall a good new entry to the Bravely series keeping what made the previous games great while also trying new aesthetics. Persona 5 Scramble had an "ojisan" character (middle aged man) and now this game has one too so it'll be interesting if it becomes a trend in JRPGs.