Had to separate this because there's quite a lot of info compared to the prequel. Main game itself took me 34 hours then the platinum took another 48 hours, mostly because of the drops. So a total of 82 hours.

It's a great game and the extra scenes in the Dream Arena are kind of worth it. It's just the drops that'll take quite a lot of patience to farm. 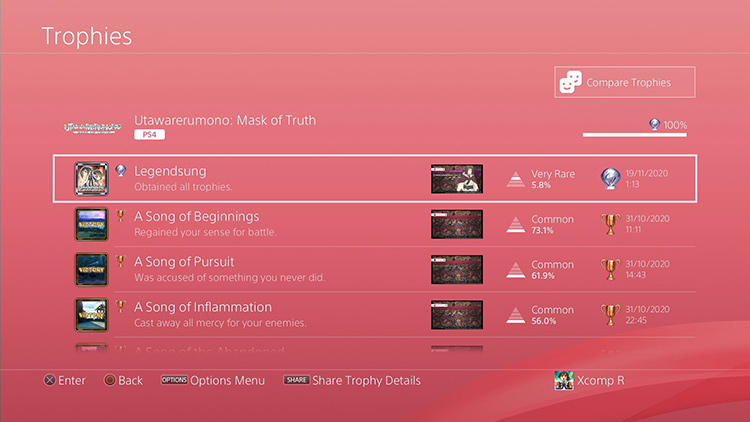 Some say you can actually check the tutorial to see which one you're missing this time because if you haven't used a co-op FS, you'll only see the character silhouettes. However, I had them all filled in and still didn't unlock this trophy. Eventually I ran through them all again without skipping the cutscenes. It unlocked after I got to Anju and Munechika.

Here are the ones I was missing. Note the one initiating must be the character on the left. Their partner must also have the correct FS set which you can do by selecting the character, hit □ for details then go into the AC section. Best stage to unlock the entries would probably be the first Dream Arena stage.

And then the ones I went through again... 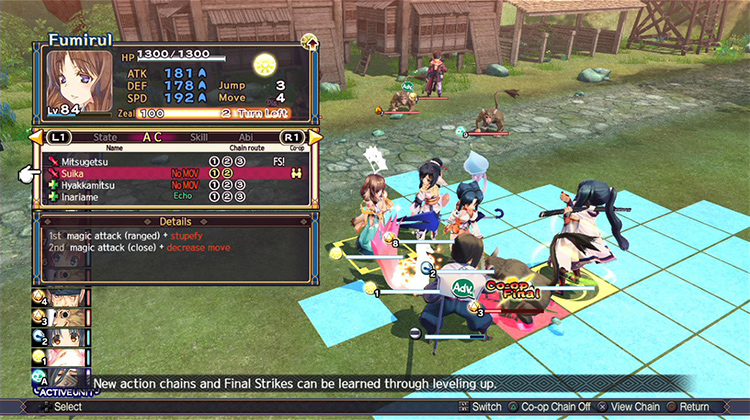 I also suggest getting this out the way during your first playthrough which is basically winning 20 training matches as soon as you reach stage 4 of the story. It should be easier and faster while low level as there are fewer skills and you can gain some XP while you're at it.

Thought I could leave it until Dream Arena was unlocked but by then the Mock Battle option was gone so, I had to just started a New Game+ and replayed through instead... First introductory battle doesn't count but just selecting retry after each match does. 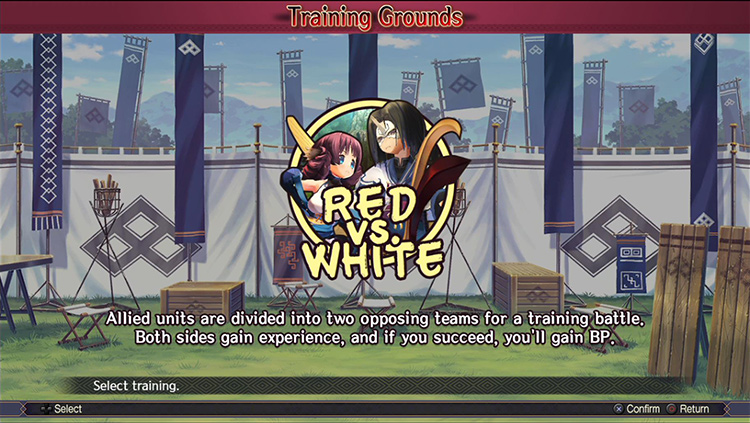 You're aiming to get all drops from both the story and Dream Arena. Story stage bonus drops aren't random and require certain conditions to be fulfilled.

For random drops, it's suggested the drop rate doesn't change if you just select retry so if you don't get anything, it might be an idea to return to Stage Select before playing the same stage again. It seems to work well for me compared to when I just used retry.

Stage 26 of Dream Arena was the toughest drop for me partly because the level itself was quite tough. 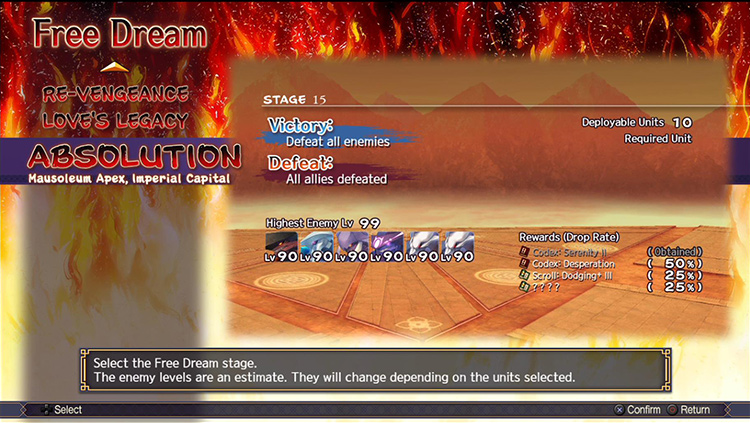 As mentioned in my review, Dream Arena is much harder now and level grinding doesn't really help as the stages adjust to your party member levels. This also means it's best if you replayed each stage early for completing the drops trophy or you might just have a much harder time later. The items might come in useful and you can use BP to increase the number of accessory slots for characters.

I got to Stage 12 before I really got stuck as the enemies seem to have an infinite number of turns and feel completely OPed thanks to their quick filling zeal gauges.

There is a tactic called the "Fumirul Oshtor Loop". Some consider it an exploit as it prevents the enemy from taking any action but, it might actually be the way it's supposed to be played considering how difficult the stages are. Basically the setup should be:

Once Oshtor has some Zeal points (around 30% or so) and Fumirul has 50% you can do the following:

The "loop" isn't infinite and can break if...

As long as you leave Fumirul with 50% zeal and Oshtor is nearby, you can just walk over to the next group of enemies before starting the loop again.

This won't help in every Dream Arena stage however.

For stage 15, you can't attack Woshi in the north but he can attack you if you're within range on the northern platform. His abilities change depending on who's remaining on the field after one mini boss is defeated.

My strategy was as follows although it's not as fast as people who managed to beat it in 7 minutes.

Shift Kuon's element to water with Yonakidori by executing up to phase 2 only. This will pretty much make her invincible against Oshtor and keep him distracted. Now focus on defeating Raikou with Mikazuchi and the rest of the team. Afterwards you can defeat Oshtor with Kuon then Vurai and Alt Mikazuchi. You can have Kuon shift to wind by using Jushimatsu before fighting the Alt Mikazuchi. 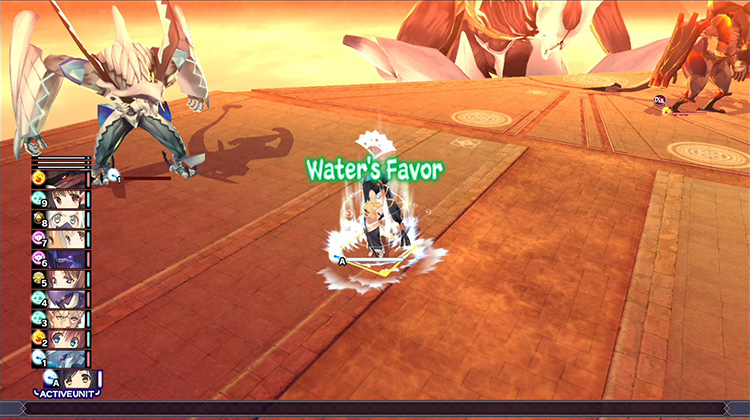 If you'll rather BP grind, you can replay stage 16 "A Foe Returned" in Free Battle. Oshtor will need to equip Codex Eye of Courage (to counter ZOC), Codex Sprinting Stance and Codex Antidaze so he can run up to Mikazuchi, use Touou Gekiha to taunt him and lead him to the edge of the map. This way you can finish the level in about 2 minutes for 38 BP.

However, just trying to farm all battle rewards will probably give you enough BP already... 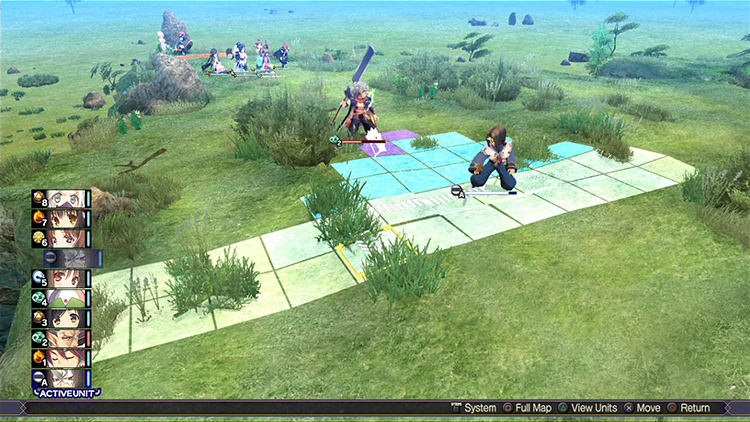 Either way, you're going to need a lot of patience to beat Dream Arena and get all of the drops.