Releasd a year later after Mask of Deception, it picks up where it left off focusing on Kuon back in her homeland of Tuskur but she's forgotten all about Haku and the others due to shock. After a big long flashback summary of the prequel, Kuon learns of the corruption that plagues Yamato and decides to take up her role to vanquish the enemy that threatens her friends.

Meanwhile, Haku continues to assume his new role within Oshtor's home town of Ennakamuy as he tries to keep the rightful heir to Yamato, Princess Anju safe. As tensions mount when a false successor assumes the throne of Mikado, the friends are branded as traitors making it ever more difficult to help Princess Anju reclaim her place. 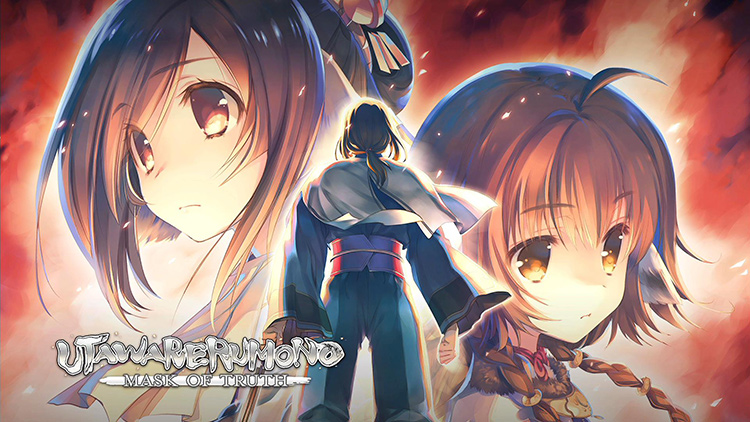 If you played the prequel (which you definitely should despite the detailed summary), you get to carry one of each item over along with a bonus item that doubles XP which will help easy any level grinding. On the other hand, despite taking into account prequle save games they don't let you skip the tutorials that cover the same mechanics from the prequel.

Battle system is the same and so are the skills so as soon as you start battles you'll probably remember the timing for Action Chains. 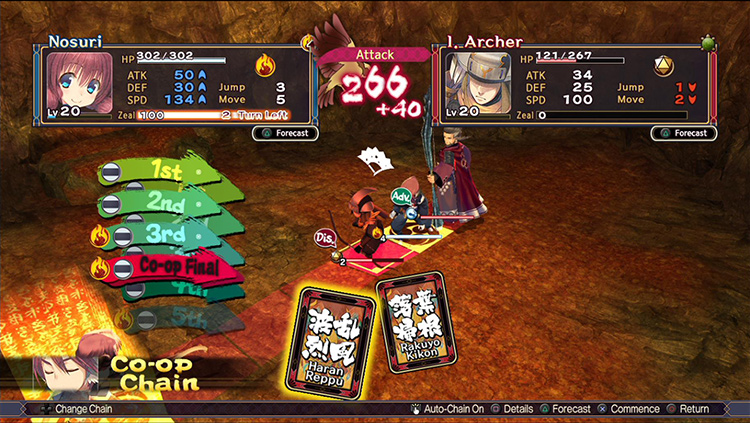 While most of the SRPG part of the game is the same it does have some new features. There are new characters joining your party that previously didn't which is fun and, there are now co-op Final Strikes too. First battle XP bonuses are rewarded to all characters now rather than just the ones in your party and, non-attack actions such as healing also give you XP now whereas in the prequel they didn't.

Free Battles are still around where you can level grind by replaying old levels but it now shows you possible drops. Apart from that, there's the new Mock Battles too so you have your own party members sparring with each other. Dream Arena too makes a return and is much harder than in the prequel. 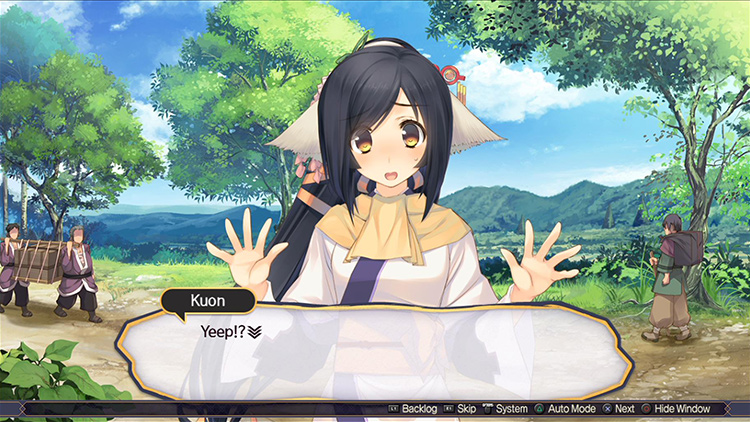 Right from the start you're given a bath scene with all the ladies wrapped in towels so no shortage of fan service. Adult humour is still there (and probably more explicit) and the old cast are as fun to hang around as before. As before it's not all for the male gaze either. You've got the usual pretty boy, macho character designs also going nude with clever censoring. Oh, and Dream Arena's levels have also become very silly...

Other than that, Uruuru and Saraana really shines through this time even though they've had mostly an odd role during the prequel. It fleshes out a lot of the characters as they struggle against the great might of Yamato behind the enemy. Characters that didn't get much screen time are given more opportunities this time round. 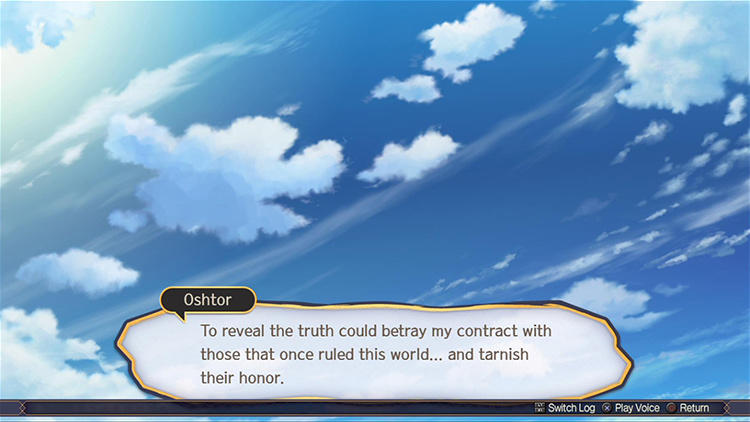 UI's been given a bit of a revamp too. Easier to see how many party members you can send to battle and instead of looking to see what button accesses which menu, there's a list of options to choose from instead now. World setting continues to be painted well as the story reveals the nations surrounding Yamato. A lot of the visuals from the prequel are re-used but didn't bother me too much. Some sound effects like the battle start is now clearer and so are some of the graphic whereas previously it felt like a port from a much older lower resolution version of the game. However, enemy effects still sound horrible and only have one SE per enemy so you're still listening to the same attack/damage sound.

My reading speed took me 34 hours for the main game which makes it more than 10 hours longer than its prequel. As with the previous game there are no multiple endings but the story is a really enjoyable one full of warfare, scheming and friendship bringing a close to what the prequel started. And if the main story isn't enough, you'll get the odd extra scene in the Dream Arena.

A definite play if you played and enjoyed the prequel. It's one awesome adventure.