Kurokami The Animation, The Unaired Side Story

This is a side story from the Korean Manga based show Kurokami that was never shown on TV and came as a bonus item with the limited edition of the last Blu-ray disc, volume eight. It seems to take place somewhere in-between the events of episode 18 and centres around Excel.

It doesn't expand the main plot in anyway. It's basically something for the Excel and Steiner fans because unravels their mysterious background and the subtle love interest that was in the main show. Other than that, there's just one more bit of information about the how the Guardian Contract system works.

Side Story
The Tiger and Wings

In the past, Excel's home is burned down and her little brother Klaus is killed when rogue Guardians pass by their village. She meets Steiner who explains he was employed by an organisation to track down these rogues. He apologises for his incompetence but invites her to create a contract with him for vengeance. Young Excel was hesitant, wondering if she will really be of any use but accepts after some encouragement that she was a strong girl. After training and experience in real battles, Excel was soon accustomed to The Thousand's ways but was also growing fond of Steiner. She reveals she wasn't strong at all and it was because Steiner was by her side that she could move on. Steiner also reveals his feelings by giving her a ring while on the plane to Okinawa. 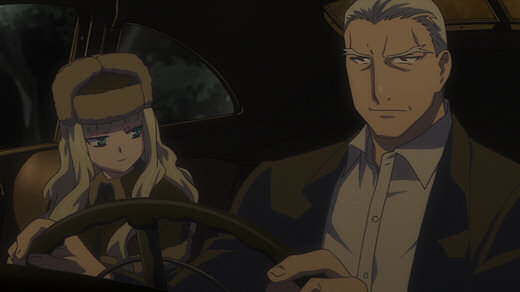 After Steiner's death, Excel approaches Mikami from the "Silver Tiger" tribe of Guardians known for their fighting skills. She is paid a large sum of money so that they can team up against Reishin. It's revealed that as a rare side effect of some contracts, the contractor can stop aging. This was the case with Excel and as a result of Steiner's death, she suddenly passes out at Mikami's house when her old age of over a hundred years catches up with her physical body. Mikami quickly creates a contract with her to save her just in time before some Tribal Enders arrive to test her powers. After synchronising, Mikami and Excel have no problem defeating them. However, Excel was angry she couldn't keep some of Steiner's remaining Terra energy within her and hits Mikami. Mikami understood how she felt about her lost love one because she too had yearnings of her lost Shingo.

With their contract established, they prepare to fight Reishin. 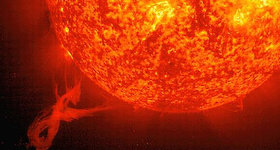 Just when I was planning to replace my current phone with a GPS enabled one too so that... 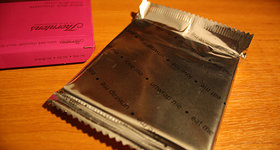