Someone has noticed a link to a logo buried within the source code of Atlus' new teaser site but it has now been removed.

This is why coding can be a pain... You have to be careful about what you put in the code ^^; 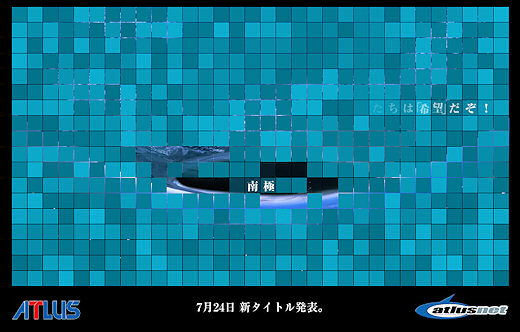 It's not Persona 5 but it is a MegaTen title. Apparently, "Shin Megami Tensei: Strange Journey" will be officially revealed next Friday.

If you move your mouse around enough, the following text on the site appears...

滅びの地の出現。それは避けられない運命。
The ruined earth will appear. It is an unavoidable fate.

人類の未来のため、ともにがんばりましょう！
Let do our best for the sake of humanity!

裕福な国からわざわざ死にに来たか？
Did a thriving nation come all the way to meet its own death?

どいつもこいつも浮き足立ちゃがって。
None of you have any guts [running away like that].

自分を見失うなよ！
Don't lose sight of yourself!

これが．．．アレの内部の様子だと？
Is this... What it looks like inside that thing?

これは、兵士の手ね。頼もしいわ。
So this is the skill of a soldier. Looks like I can depend on you.

Will it be for the PS3? All signs point to yes because Sony approached Atlus at this year's E3 and, Director Katsura Hashino's blogged about "new hardware". Unfortunately there's not enough good Japanese titles to push me towards a PS3.

Then again, he could also be referring to the Wii... Guess we'll find out next Friday! 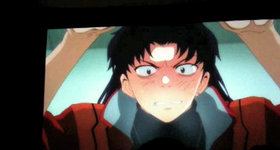 Well, this didn't take as long as the last movie to get camcorded... Kind of tempted... 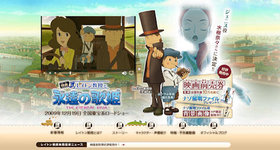 Looks like the upcoming Professor Layton movie, due on December 19th, finally got a...

A new Ridge Racer game from Namco and more titles from Atlus would be nice.

17 Jul 2009, 11:14:40 pm
The PS3 is actually quite promising in the coming 1-2 years. Great titles such as MGS, FFXIII, Heavy Rain, and GT5 are on their way. It's just that PS3 had a rough and long start-up, possibility due to its initial low market share and high prices.