Want to see what Street Fighter IV will look like or even how it will perform on your PC? Well, the non-playable 397MB benchmark's up for download now over at 4Gamer.net but, I suggest you grab it from a torrent or some alternative source because the site's server is really slow just now with nearly everyone linking to it.

Be sure to turn v-synch off or it will most likely be slowed down and give an inaccurate score. My setup scored 13699 with the default settings at 720p but, still not bad after I knocked them up to full at 1440x990 with the exception of anti-aliasing and texture filtering at 2x only.

Turning up the last two settings makes the overall visuals look much cleaner and sharper but has quite an impact on the frame rate unless you have a decent graphics card such as the ATI Radeon HD 4870 x2 in which case, the max settings can still churn out over 100fps easily. Saying that however, you'll really only be playing around the 60fps mark or so... 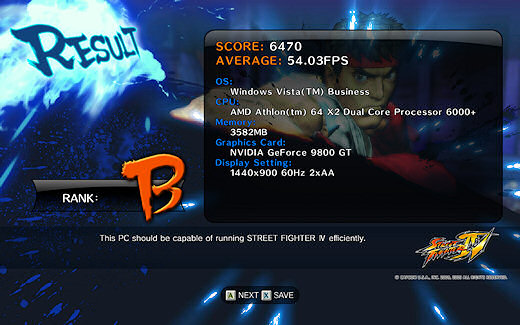 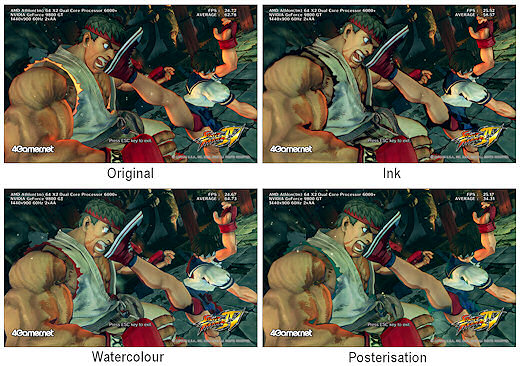 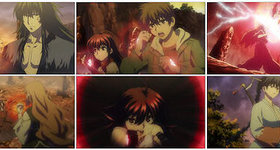 Episode 19 Spirited Away As Kuro and Keita find Reishin, they couldn't believe who... 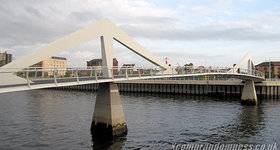