Episode 5 Summary
Their Relationships at the Dating Stage?!

The guys at school were getting jealous having learned from Amaji that Kakeru had spent the night with Melon, Yurika and Najimi but, Kakeru claims he didn't really care about Melon. He gets ready to fend for himself, warning them not to get closer. He ends up with a kick on the back from Melon as the guys cheer. He gets another punch in the face for calling her violent. 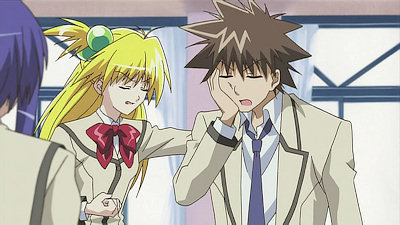 Najimi soon enters the classroom and everyone settles down as the teacher was coming. They are surprised to find their former maths teacher was supposedly in hospital and Kisaki was taking over.

After class, Kakeru and Melon stays behind to find out what she was really here for. She explains she had to keep watch over them because there were more than one Akikan owner in the school and they couldn't risk any trouble.  Both Kakeru and Melon were surprised to hear this but were ready. They decide to find the other owner at once but just before that, Kakeru goes to apologise to Najimi that he couldn't go on the date that he had promised her. 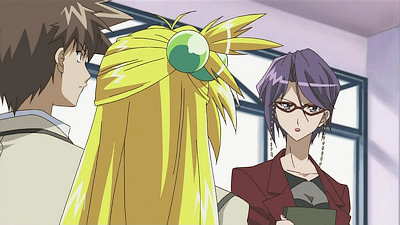 Finding a deserted place on campus, Kakeru drinks from Melon in an attempt to lure out the other owner so that they could attempt to talk with them and find out their intentions. However, after coming across other couples kissing, there was an odd feeling between the two of them as they waited. 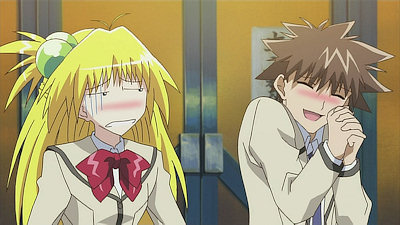 Back home, Najimi had shut herself up in her room. She had noticed Melon had a tab on her ear and couldn't bare the thought of Kakeru kissing her. The radar reacts as if to remind her and she knocks it off the table. Yell catches it just in time, wondering what it was that was making her owner so upset. 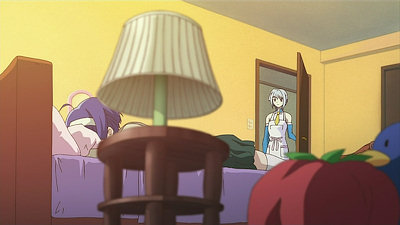 After hours of waiting, Kakeru had finally returned home with Melon for the day. They sit in the heat watching a baseball game when Melon thought she noticed an Akikan amongst the audience. A thought occurs to them that if it was a sports drink Akikan they were after, they would most likely find her at sporting events.

The next day, they set out to look for her using a portrait that Melon had very badly drawn. As they go around searching, Kakeru remembers he hadn't eaten for some time and collapses hearing his stomach rumble. Just then they hear a man shouting out he was selling "cheap melons". Kakeru teases how cheap Melon was before having a taste. The Melon was very sweet. The man offers Melon a piece too which she eats much to Kakeru's surprise when he had thought Akikans can't eat. She smiles liking the taste. For a brief moment, Kakeru thought she looked very cute but doesn't manage to utter the words out completely. 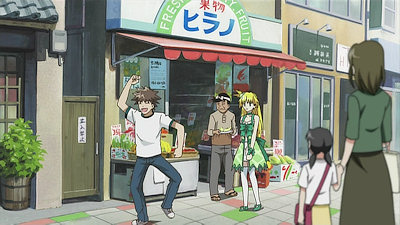 Moving on, Melon catches sight of a ferris wheel and was fascinated by it. Being the delusional Kakeru, he was going to tell her the sort of people that went on the wheel and what happened in there before he is cut off. Melon wanted to get on it so that they could search the grounds from a high height.

They soon move on to queue for a baseball game having spotted the stadium on the wheel. Maybe they will find the sports Akikan in there. Melon wanted to watch a live baseball game anyway. However, they are spotted by Najimi who was called out by Kisaki trailing them. She couldn't believe Kakeru was going out with her instead. 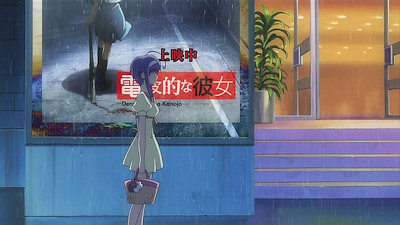 The shock was too much for Najimi and as night dawns, she calls out Yell and orders her to kill Kakeru. Meanwhile, Kakeru was waiting for Melon while she went around enjoying the souvenirs available. He turns round to find Yell in the shadows and just almost manages to avoid her attack but, her Isotonic Sword had sliced through his abdomen. There is a gush of blood as he grabs his stomach in pain. 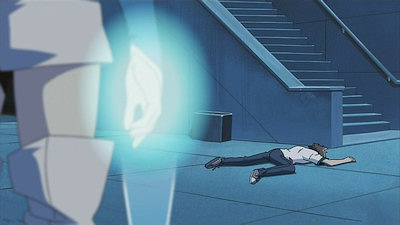 Ouch, that must have hurt at the end! Should have thought Najimi's love for Kakeru would end up turning into hate and then Yell being used to go after him. Thought it would just be a simple cut but, that's a lot of blood. Well, at least we don't have another case of "nice boat".

And I know girls like to hang things on their phones (well, some guys too) but, look at the size of the accessories on Kisaki's phone! They must be cumbersome to carry! 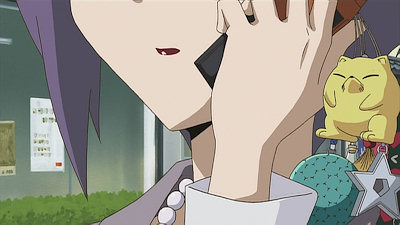 RAW I got didn't have the trivial lesson about cans at the end this time so can't write about it. I think they should try and do this with every kind of show because I'm sure the viewers will pay a lot more attention than hour long lessons or lectures. 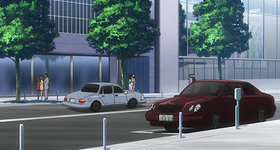 Episode 4 Summary Pursuers Akane receives a call from Keita while she is off to work... 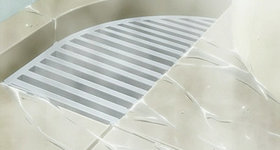