When I first saw this "6 minutes" of Code Geass R2 raw floating around, I dismissed it thinking it was just some promotional video or something. It wasn't marked as episode three and I don't keep track of Anime news. Thanks to reader Calvin, I now know it's actually a leak of the next episode due this Sunday.

I don't know why anyone would want to leak something that's going to come on TV in a few days free (legitimately) but, I guess this will give subbers a head start and please a good number of fans who can't wait for more. 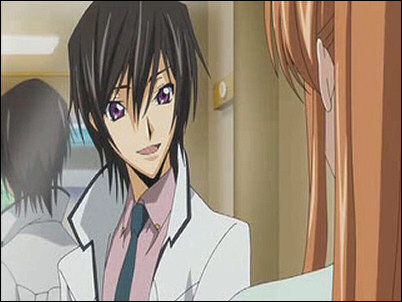 Since the leak, the video has reportedly been uploaded to many video streaming sites such as Youtube but has been removed by copyright of Sunrise.

Today, the Code Geass Production Committee has confirmed the leak is real (not just some fan made video) and after investigation, reports that it was a result of mismanagement on Bandai Channel's end who is responsible for online streams of the show. An error was made while running through their copyright procedures to protect the video leading to it being uploaded onto the internet.

The company also assures fans that episode three will be broadcast this Sunday as planned which, helps to dismiss the rumour on 2ch where an anonymous poster said the company was going to postpone the show and re-edit the leaked footage.

I read that rumour with an open mind because of its source. It would have been interesting if the rumour ended up true. I would have liked to see how they re-edit those few minutes of the episode but it wouldn't have made sense to do so anyway. They could even have done what School Days did and pull off a "Nice Boat".

Anyway, the video's actually only 4 minutes long if you disregard the ending animation and preview. Below is a summary of those few minutes so don't read on if you don't want the last few minutes of the next episode spoiled for you.

Lelouch promises something to Shirley but is interrupted before he could finish. He tells her Milly and the others were following them although Shirley doesn't believe him. She looks around and Lelouch tells her he has a good idea. 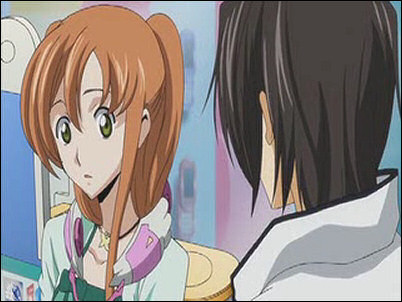 They walk off into a clothes shop while Lelouch's every movement was being reported back to the Britannian forces. The spy behind them didn't dare to enter due to the risk of being discovered. Viletta tells him to stay on standby while they send in three other members in to watch over them. 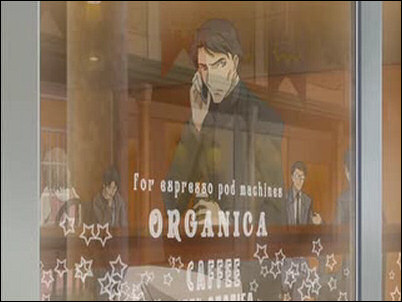 Lelouch makes his way to one of the changing booths and asks Shirley to pretend he's changing inside. When asked why, he tells her he wants to disguise himself so that he can leave and surprise them outside. Shirley smiles and agrees to do so.

Inside, Lelouch thinks to himself how he usually wouldn't go to such a shop but it was only here that he can be sure there's no hidden cameras or bugs installed. Also, with Shirley thinking it was just some joke they were playing, she shouldn't get into trouble with the Britannians even if the plan fails. He had already used his Geass on someone to execute this plan. Now all he had to do was to do was lure them out. 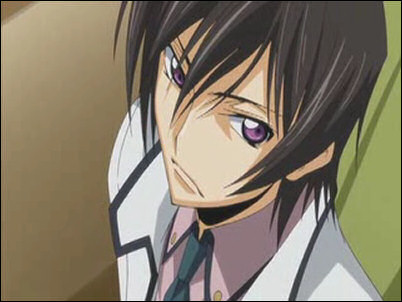 Lelouch phones the Omotesando Mall security, telling them the Black Knights have setup a bomb and will activate it if their demands aren't met. Immediately, the staff gives the secret warning over the mall speakers, "Attention Maximillia of the Hakodate Residence. There is a call for you." Hearing this, the staff was now beginning to panic but tries to keep their voice low so that they don't alarm the other customers.

Meanwhile, Rollo was trying to convince himself that Lelouch wasn't really Zero and Villeta was telling the troops to watch out for C.C. 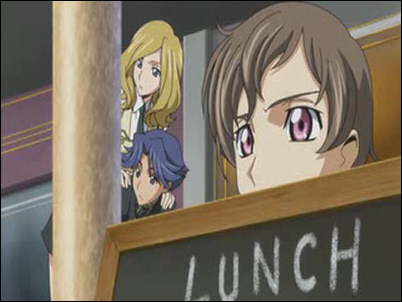 Sneaking out of the store in his disguise while the staff was distracted, everything was going according to Lelouch's plan. Everything was now ready. A few seconds later, Lelouch's Geassed victim hits the alarm switch causing the mall to be thrown into chaos. Rollo immediately rushes into the clothes store to check on Lelouch only to find he wasn't there.

Back at the Britannia quarters, Viletta's division was also panicking having lost sight of Lelouch. They weren't getting any response from their spy "Scorpion" and couldn't contact Rollo either because all mobile phone signals were jammed for security reasons. Viletta gets up and rushes towards the mall herself. 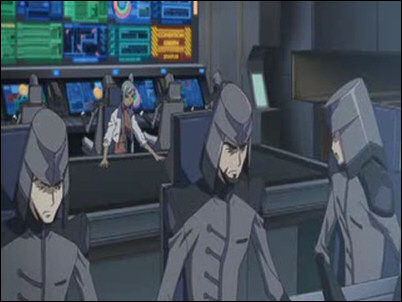 Lelouch laughs satisfied that he made good use of the panicking people.

Rollo had now rushed off to the security quarters trying to find out where his brother Lelouch had gone. However, Lelouch was already waiting for him, pointing a gun to his false brother's head. Rollo turns round, still disbelieved Lelouch was really Zero but he now knew Zero had been awakened.

Lelouch reveals that he had used their spy to report false information back to the base, knowing that capturing C.C. was their first priority. He believes that the cage-like academy will now be under his control which will allow him to track down Nunally's whereabouts. 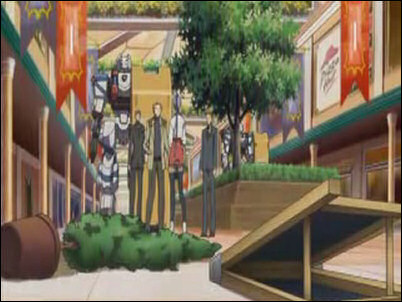 As Lelouch swipes his hand over his left eye activating his Geass, Rollo suddenly disappears before him. The situation had turned round. Lelouch realises Rollo must have stopped time with his Geass. Having confirmed the fact Lelouch was indeed Zero, Rollo prepares to pull the trigger to send Zero and his demonic eye to death. 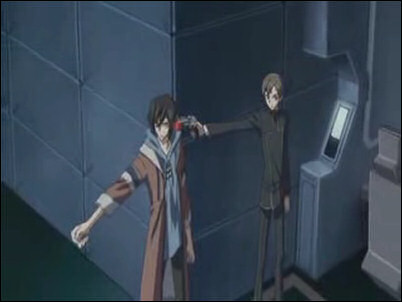 At the same time, a loud explosion occurs back at the Chinese Embassy. Xingkue was making quick work of the Black Knights and threatens to eliminate them. 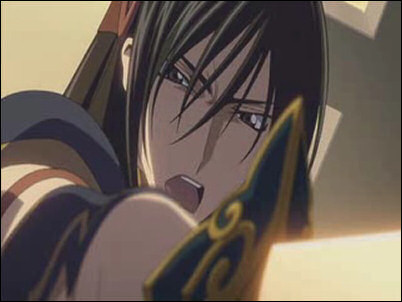 How ironic they played Shirley and Lelouch's separation song "Masquerade" from the first season in the store. Still nice to see them together again for a moment. And how is it that everyone seems to know this secret message means the Black Knights are about?

So, according to Lelouch, Rollo can stop time with his Geass and not control people or teleport as implied in episode two. That's a very convenient Geass power and it seems kind of too powerful. I suppose they'll have placed a limit on it such as making it work for only a second or something. I forgot each Geass power is different. I wonder if he uses it to get pass the guards outside the Chinese Embassy?

Britannia's still trying to use Lelouch to lure out C.C. probably because of how she can grant people the power of Geass. Rollo doesn't seem to know his "brother" is Zero so that means he may not have been assigned to keep a watch over him after all. Or maybe he was but wasn't given the reason why.

I wonder why Rollo still calls Lelouch his older brother, though? Did the Emperor re-write his memories too or are they really brothers but born from different mothers? 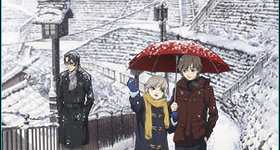 Well, another eleven more episodes until Persona Trinity Soul ends which will be... 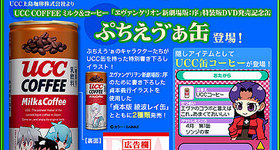 As if the Rebuild of Evangelion promotion wasn't enough for UCC's coffee cans...

And yes, Rollo's memory being re-written is another possibility I. As I said in the first episode though, I never kept up with the news and images about the show so can't confirm for you ^^;

16 Apr 2008, 4:24:46 pm
Thanks for the information, glad you posted this since there were floating rumors whether next week ep will be cancelled or revised.

Is this really because of mismanagement? hmm, sounds too good to be true... you know, we never know if sunrise perhaps, purposely "leak" the teaser to boost code geass rating.

And, I concur with your opinion, I think there is a big chance Rolo's memory is being re-written.

I still can't guess how in this current state, Rolo will become... Zero. ;O_o a