As with the visual novel game released about 3 years ago this official Anime sequel also takes place just before the prequel's ending about midway through episode 23 so, you could kind of call it an extended version of the original Steins;Gate too.

After many attempts Okabe has given up hope trying to reach Steins Gate and save his beloved Kurisu. He has now returned to the Beta World Line and undergoing treatment to help cope with his traumatic experiences. One day he meets Kurisu's senior colleague Maho Hiyajo as one of the guests giving a seminar on the revolution of AI in Akihabara. They had both worked together at the same university in the Neuroscience Institute, researching whether it was possible to backup and restore the human memory as you would with data. Building on the foundations of Kurisu's research, the team had now begun project "Amadeus", a system that allowed these memories to be transferred to an AI avatar so that they maintain the person's personality and more importantly emotions. Their ultimate goal was to reach the stage where they could restore memories to the human brain but before that, they must test whether memories are fully functioning properly.

When Okabe reveals he was a friend of Kurisu, Professor Leskinen leader of the Amadeus project decides he would be the best candidate to help test drive another set of data which Kurisu herself had volunteered her own memories for before she had met Okabe. Just as the Amadeus version of Kurisu becomes a part of Okabe's daily life and also his salvation, "Reading Steiner" suddenly starts triggering again - an ability that allowed to him to sense when someone has tampered with time while retaining his memories before history changed. As he finds his friends endangered once again, Okabe is forced to relive his nightmares and must find a way to stop whoever's responsible for the series of strange events they are caught up in.

I'm not that much of a visual novel fan but I enjoyed the prequel show so much I ended up playing it so this time, I already played the game before watching. What made the prequel great was the impressive amount of detail that backed the sci-fi part of the show and, it was intense watching the drama unfold as Okabe desperately tries to prevent his friends' deaths despite all the odds that were against him. It had a great cast of characters too that isn't just your cliche Anime personalities so it's great seeing them back again, supporting the now depressed Okabe who is a shell of his former self. The show does a good job of making you sympathise with him when you see AI Kurisu and the flashbacks of all the tragedies he has repeatedly experienced.

Okabe's no longer the fun "chuunibyo" he once was i.e. someone with the delusion they are the hero that'll save the world from a consipracy only they are aware of. He's now just your regular uni student working hard to graduate but despite the grim start showing Okabe and his troubles, the show shows it can still be amusing as it can be brutal. It starts off quite dark as it shows more insight into a future full of doom and gloom but, it's definitely toned down a lot compared to the visual novel game with certain scenes left out or cut short. The show knows when to break up the tension with a bit of humour or a breather episode.

New characters are developed well such as the "qualified loli" Maho who constantly gets teased by both the AI Kurisu and her professors or, the mysterious Kagari who has lost her memories but physically resembles the late Kurisu. As it's a different timeline from the prequel, old characters also play a different key role in the show but still their lively selves. As with the prequel, the sci-fi, mystery and drama will keep you watching as Okabe has to faces new challenges that threaten both his old and new friends alike. The romance in this sequel is heavier too. Despite having different directors and scenario writers, the story build-up is still really well-done. It's just a shame it cut out the layman's look at how AI works whereas the prequel spent a lot of time on time travel hypothesises.

It's good to see they hired the same singer for the opening theme, Kanako Itou but I don't think it can beat the prequel's OP theme although the lyrics suit the show well. As far as art is concerned, it's the same studio as the prequel but again, Huke's unique style from the game is better in my opinion which you see a hint of in the OP. Anime's style is a lot simpler but the quality's consistent so that's good. The team also paid a lot of attention to detail too because if you if you fall back to previous episodes after a big reveal you can see the same art was used before, possibly as a hint. I also think it was a good decision to use a 3D model for AI Kurisu so that she looks like the "live portrait" tech used in a lot of visual novel games these days. It also has its fan service scenes from the ladies just like the prequel but they're also just as rare so it's not enough to ruin the show. Soundtrack is a mix of the prequel and new tracks but they're all good to listen to. It was hard to recognise Kana Hanazawa's voice as Mayuri who also plays Naho from Orange. On the other hand, it's hard not to think of Okabe as Ryuuji from Persona 5 or Dazai from Bungo Stray Dogs since they're all played by Mamoru Miyano and sound alike.

There's no Dr. Pepper sponsor this time but if you enjoyed the prequel, you'll enjoy this. Even if you've played through every branch in the visual novel, it'll be a good watch too. It's that good and extends on the true ending a bit that ties up well with the prequel. There are the odd scenes after the credits too so don't miss out. Then there's also a bonus OVA released with the blu-ray which takes place after episode 10 but it's missable because it's a fan service "Valentine's Day" episode with your usual girls can't cook joke.

Out of interest, did any computing enthusiasts amongst you or those who still remember their computing classes notice the number for the Steins;gate world line 1.048596 is almost exactly the number of bytes in 1MB, 1,048,576? I somehow doubt it was a coincidence that number was chosen given the way parodies and the real world is used as a reference in Japanese fiction but, I'm not sure about the numbers used for the other world lines. 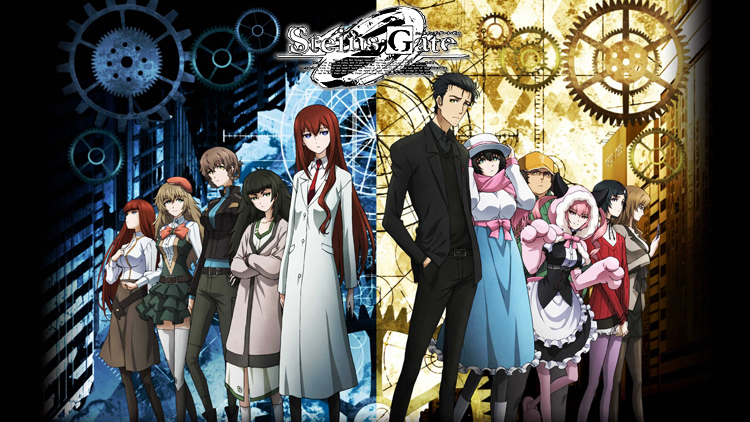 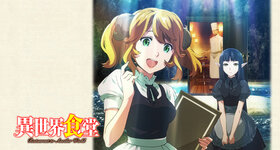 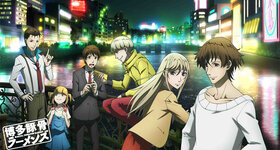 First off, if you think this is a show about ramen noodles then nope, best looking...