After putting in a a lot of hardwork, Fuuka Miyazawa had just given up her dreams because her manager could no longer see potential in her. Not ready to face everyone back home despite their attempts at a welcome home party, she sees an ad for Okinawa and decides to take a detour their instead. After meeting a fortune teller who suggested she'd find her destiny in the direction of a constellation, she travels there and finds herself given a lift to the struggling Goma Goma Aquarium. There she meets the cheery Kukuru Misakino, who was running the place that belonged to her grandparents over her summer school holidays.

With no where to go, Fuuka decides to take up a job there. When she learns the aquarium was Kukuru's dream, Fuuka decides to help her protect it and do whatever they could to keep it open. As Fuuka begins her new summer life, she soon learns she's not the only one that's been having an underwater dream while in the aquarium. However, they soon realise society isn't always so obliging.

The show starts off very cheery despite how sad Fuuka is. It may seem like your regular slice-of-life show but there's a bit of supernatural involved with the Kijimuna Yokai hanging around eating its offerings of fish. It actually feels like PA's other show Nagi-Asu: A Lull in the Sea but less supernatural and more comedy.

Openings look great but the theme songs not so much. Soundtrack by Yoshiaki Dewa on the otherhand itself is as cheery as the show itself (enjoyed his soundtrack for Iroduku too) and coupled with the colourful visuals of tropical Okinawa and its aquarium life. You'll notice a fair amount of 3D mixed in but you hardly notice because it blends in so well. Oh, and adult Kai just looks like Taki from Your Name...

What little drama there is is mostly overshadowed by the good-natured characters and comedy side of the show. Rather than swamp you with flashbacks of each character's past, it spends most of its time in the present. Even when it does reveal someone's history it doesn't shuffle between perspectives which is great in my opinion.

Second half of the show kicks off quite nasty as it's no longer smooth sailing for the characters. Drama goes up a notch, people are fighting. I wondered if it was going to stay that way for the rest of the show but it doesn't take long to fall back into its positive cheery mood from before. It's just the odd episode where it can suddenly get very gloomy like it suddenly plummetted to the dark depths of the oceans compared to the rest of the show but, maybe it was a good thing to break up the cheeriness since it's supposed to be a slice-of-life. There's quite a few scenes that you could probably relate to during the adulthood half of the show.

What I did feel off was that after years of idol training and experience meeting crowds, Fuuka was still having a hard time presenting herself at Goma Goma. Same for the grumpy boss who cares so much about impressing the clients but keeps an unyielding face.

Guess you could say it has a bit of Shirobako in it where everyone stays positive as best as they can despite the hurdles they face.

There's only just a hint of romance in it so don't expect much of that but, if you're looking for a cheery show with bright colourful tropical visuals to match, this could very well be it. Just don't expect much marine life trivia. There's the odd episode with an extra scene after the credits so don't miss those. 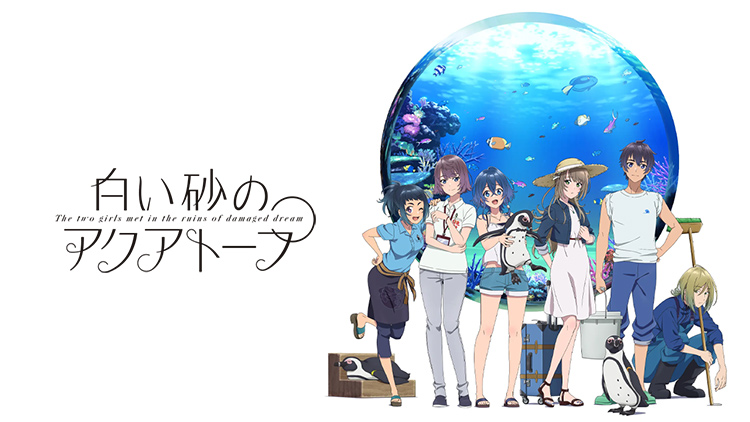 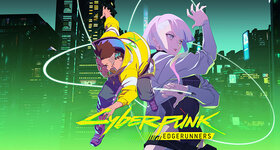 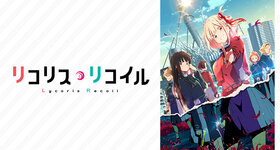