In 2068, an accident with a space flight drew focus on the problem of debris accumulating in space due to space development. Now it's 2075. 20 year old, Ai Tanabe desperate to work in outer space finds herself joining the "Half-made" Debris Section team aboard the ISPV-7 who collects space debris. It was considered the worst place to work, the least respected part of the space station as it's not seen as much of a contributor. To make things worse, the staff don't quite turn out quite like the astronauts she aspired to, fooling around in their make-shift office most of the time. Ai finds herself cleaning up debris with her crude new partner Hachirota Hoshino AKA "Hachimaki" and so lives her new life aboard the space station with her new team.

Decided to watch this because of the hype I've been seeing on Twitter. Nice to see a show that isn't focused on high school students but show feels kind of bizarre at first.  It's an odd cast of characters; Philippe and Arvind, managers who slack around only try to sweet talk others into promotions, Yuri who just plays around with pets while another smokes mostly inside her personal chamber, Fee. Then comes along Ai who has principals that she follows and thinks the team should do the same so they're no longer ridiculed any more.

It's like a slice-of-life in a sci-fi setting where we see characters with dreams endure the harsh realities of life... but with the odd silly joke that go overboard sometimes. As various people cross paths they end up finding new ways to adapt so you get some interesting perspectives. It doesn't shy away from topics such as death. In fact, many of the issues brought up in the show applies today such as people dying in developing countries due to lack of vaccines and of course, your usual loneliness. Some episodes are fairly serious while others are just filled with wackiness. Being a slice-of-life, it's got some fairly heavy romance too of course and I'd say there's no fan service although you'll see mentions of adult magazines.

Music doesn't match its space SF setting because it sounds like it belongs to an oriental feudal age show sometimes. Code Geass fans amongst you should recognise Hitomi Kuroishi's compositions and interestingly enough, the director of this show Goro Taniguchi also directed the Code Geass shows.

It may start out like a silly comedy but it gets very serious. That said, it still manages to throw a joke after those serious moments of thought to lighten up the mood again. It's mostly episodic but I'd say only around the last 10 episodes before there's a bigger space related plot going, all the comedy's gone and the drama kicks in. Episode 22 is particularly sad so don't expect the happy show to last. It just felt like the scales tipped too fast in the show. That said, all that hardship is probably what makes the wrap-up even better I guess. I think it's just that sudden dip to one side of the scale that stops me from recommending this show.

Don't miss the bonus illustrations at the end of the next episode previews. 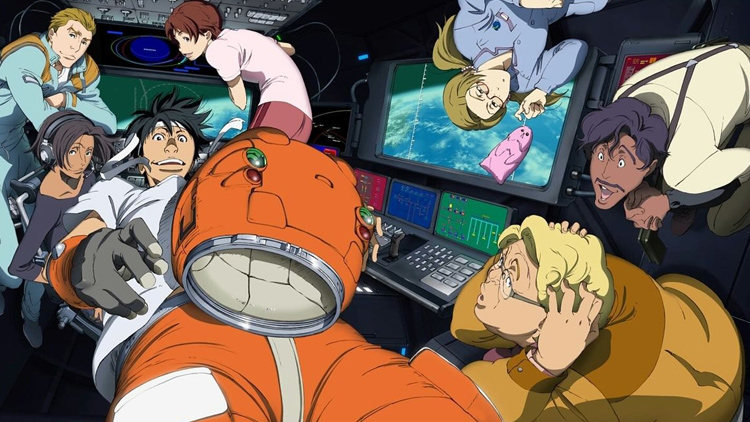 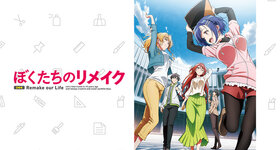 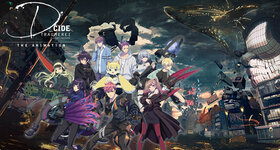 Kickboxing enthusiast Ryuhei Oda gets bitten by a black creature one night. Soon...