Kitaro is a Youkai (supernatural being) that was left abandoned in a grave yard as the last survivor of the Ghost Tribe. After being found and brought up by humans he decides to protect them to repay their kindness, from Youkai that do not take a liking to them.

"Gegege" is a creepy cackling laugh onomatopoeia in case you're wondering.

Toei Animation is no stranger to the series as they've been re-running the show a number of times as far back as the 1960s. This is the 6th remake of the show updated to include the modern world of internet, smartphones and social media. It does this well (even has cursed apps) and character designs have also gotten a revamp along with the theme songs.

Other than that, the most notable change is Neko Musume (AKA Cat Girl) who used to be ridiculed for being ugly but with this series she has been given a pretty "chick" make-over, enough to become the series' poster girl. The trending "moe" has caught up even with this classic series including her tsundere personality. She's become a very "onee-san" character too, someone very dependable. Even the songs have been given a make-over apart from the OP.

The Kidoushu, exorcists who had made an appearance in previous series, makes an appearance with a new original character as Kitaro's nemesis once again; a very "shounen" type character with powers and transformations. On the other hand Kitaro isn't your all powerful, one man army protagonist with lots of cool moves so don't expect intense fights like Dragon Ball or One Piece. He almost always struggles alone and need the help of his friends. The fight's can get a bit boring with Kitaro using the same moves every time.

I grew up watching the 1980s 3rd remake by Fuji TV and I think this series fairly much captures the same charm that got me interested in Youkai from Japanese folklore. Each episode is self-contained.

Some of the character designs including the various Youkai aren't quite as creepy as before because they're rounded to look cuter compared to the rough outlines of the series I watched. A lot of them do silly things such as the evil laugh that most kids show do whereas the older shows had a bit more serious tone to the direction. Take the Tantanbo episode for instance. There was no evil laugh and they would put on a very serious tone as they were confronted by Kitaro showing how much they despised humans. His comrades also met their demise in more gruesome ways. The colour palette choice was also darker and not as colourful whereas here it's much more colourful such as Gegege Forest (although I like the change). This has tamed down episodes such as the ghost train which is often filled with colourful smiling Youkai in this 2018 version. Some episodes are just ridiculously silly like the racoon army but there are good episodes too. There's basically more comedy aimed at the younger audience.

Meanwhile Ittan Momen (AKA "Rollo Cloth", my favorite Youkai) wasn't a pervert and was a much cooler dependable Youkai friend. Sand Witch also has hints of Fujoshi... Quite weird hearing voice actress Mayumi Tanaka (Luffy, One Piece) playing as her while voice actress Masako Nozawa (Goku, Dragon Ball) plays as Kitaro's dad, Eye-Ball. In fact, you'll catch a few references since it's the same studio producing the shows. Talented Miyuki Sawashiro also plays the male role of Kitaro well. Can hardly tell it's a female voicing him.

Other than that the background art is actually pretty good despite being one of those long running shows which usually have to lower the quality due to tight deadline and budget. It's probably also worth noting Kitaro was turned from the cold original "Hakaba no Kitaro" to a "hero of justice" because the original wasn't so popular. This time he's more in between the two versions while missing certain features from previous versions. We're missing the ocarina Kitaro had during the 3rd remake and his "Finger Gun" makes a return except instead of making him detach all his fingers and use them as projectiles like in the first series, they've evolved it similar to Yusuke's "Rei Gun" from Yuu Yuu Hakusho. Another example of making the show more children friendly.

A lot of the scenarios are quite kiddy-ish but at the same time some of the creepiness is still there; the odd episode can be really dark too, particularly the trip to the underworld episodes. I don't think you'll find a show or series that does a better job of introducing you to the world of Japanese folklore Youkai than Gegege no Kitaro. Not even Natsume's Book of Friends which is just loosely based around Youkai but is a great show of its own with heart warming tales than creepy moments and a fun mascot.

The balance between the original version of cold Kitaro and the revised hero version in this particular remake is actually quite good.

The ordering is different from previous series. There's a couple of bigger arcs as a the main plot slowly unfolds such as The Great Youkai War where it's Western vs Eastern Youkai (hommage to Lord of The Rings?) and The Four Warlords. Most of the episodes are self-contained introducing a new Youkai but after the first half of the series they spread out a bit more as Kitaro faces stronger foes. It's no short series at 97 episodes but it's also not as long as other main stream shows like One Piece of course.

On a side note, if you ever visit Japan and don't have the chance to go to Sakaiminato City, hometown of the creator Shigeru Mizuki, you can always visit the Kitaro Tea House in Chofu, Jindai which is closer to Tokyo. Highly recommended. 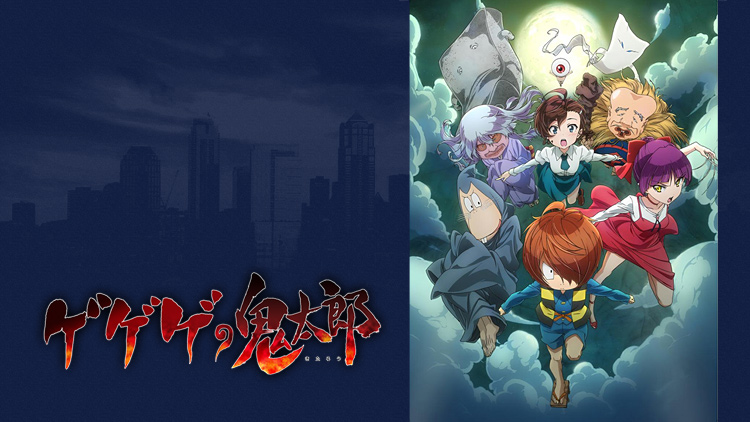 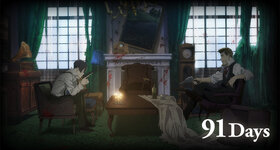 Angelo Lagusa watched his family get killed right before his eyes while playing... 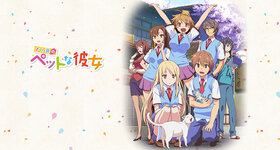