Angelo Lagusa watched his family get killed right before his eyes while playing hide and seek, just managing to escape. After fleeing the scene, he receives a mysterious letter 7 years later listing the killers' names. Going under the name "Avilio Bruno" he reunites with his bro, Corteo and asks for his aid for vegeance. Prohibition meant alcohol trade was forbidden and could only be obtained through illegal means. While trying to make some money selling homebrewn booze Corteo made, the pair meets Nero from the Vanetti Family - one of the killers.

He soon discovers the three main gangs weren't on good terms, especially between the Vanetti and Orco Families. The Orcos wanted Nero dead because stole their smuggled booze. After having a taste of Corteo's concoctions Nero decided they would be better off selling that instead of stealing. As a result Avilio found the perfect opportunity to gain the Vanetti's trust by getting close to Nero which will also let him find the rest of the murderers within the family. He was going to break them down from within and he was going to have to drag his bro Corteo, who has always been relunctant to become involved with the mafia, in with him.

Gangster drama (noire even?) so not much to say other than your usual gang violence, betrayal and conspiracy. The violence can be brutal with blood but there's no gore, only suggested gore. Instead of your usual "shounen" style story the writers were apparently trying something more realistic so characters follow a more serious tone. No fan service, no supernatural powers and no "boys love" either even though it's dominated by male characters. You watch as Avilio manipulates the Vanetti Family but most of the time you can guess what's going to happen. It's not some grand scheme that keeps you guessing although there are the odd times where you're thinking whether Avilio is choosing to join the stronger side or not. The only thing that did keep me guessing was who was the fourth member Avilio was seeking.

Believe it or not there is a bit of comedy in it with some cute moments although there are also the crude joke too. It's got a nice lyric-less theme song, "Rain or Shine". Art isn't too bad. Shuka did come good work blending in the 3D without it standing out like an eye-sore like a lot of Anime shows and the fictional city of Lawless keeps a very good vintage art style similar to Bacanno. As with most Anime the team must have done a lot of research to use as reference. Apparently, "Prohibition" was actually real at the time and was an attempt to stop problems linked to alcohol. Even the old 1930s Shell petrol station looks right which would match up with the Prohibition time frame between 1920 - 1933. And did you know KFC first started business in a one of their petrol stations?

Anyway, the story is told over a 3 month period in the show which is how it got its title. As usual the recap episode 7.5 can be skipped because there isn't any new material in it. It even has the same extra scene as episode 7. Quite a few of the episodes before the recap have extra scenes after the credit roll so don't miss them. Not a bad short series. 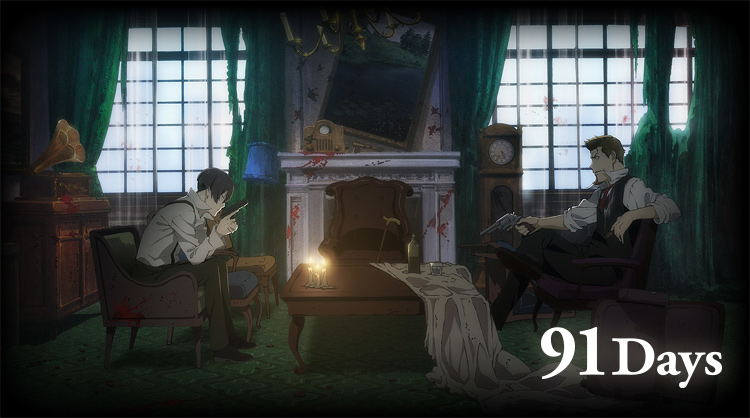 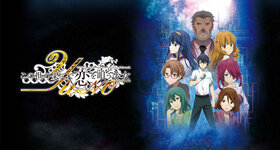 Takuya Arima is a cheeky high school student who enjoyed playing pranks and was... 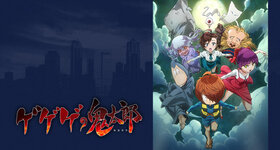 Kitaro is a Youkai (supernatural being) that was left abandoned in a grave yard as...