Another Eden - A Chrono Trigger for Casual Players

The thing about mobile games is that most of them make you do the same thing over and over again so I was looking for an RPG I could play while commuting. Kemco's games are pretty good and uses your classic JRPG level grinding system. Not to mention they're free with ads these days but the art's a bit rough and sometimes risquey to play on public transport. It was then I came across Another Eden which I read was produced by some of the staff that worked on Chrono Trigger, one of my favourite JRPGs of all time that literally withstands the test of time and still plays great today. 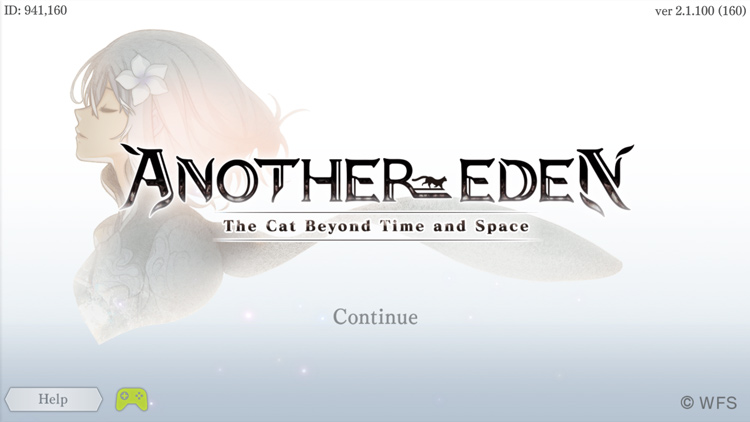 Unfortunately, it's servers are really slow and the updates are in the gigabytes. Sometimes you even have to retry because the servers are so bad.

So the story tells of Aldo and his adopted sister, Feinne. One day she disappears and while looking for her Aldo finds himself whisked into a portal and sent to the future. There he learns someone was meddling with time and he would have to do something about it to return to his own before he can resume his search for his sister. 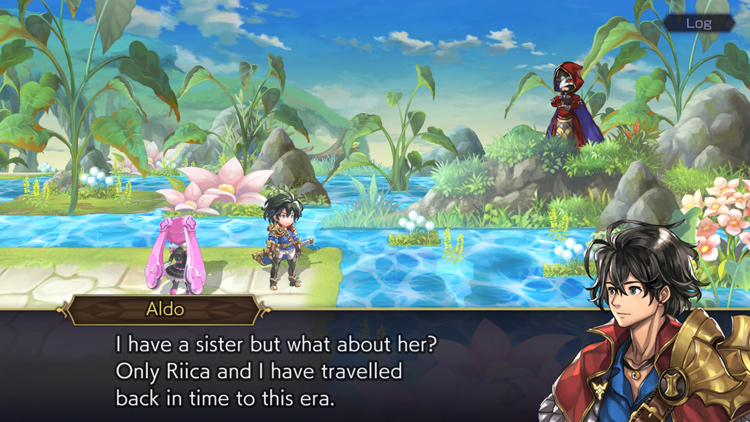 Initially the battle system is extremely simple. You select a skill to attack and that's about it. As you progress you unlock a limit break kind of gauge called "Another Force" that allows you to spam as many skills as you like within a time limit which adds a little extra to it.

There are "Ability Boards" for unlocking new skills and increasing your stats but the branches are so linear it doesn't really have much impact. What's even worse is you have to unlock the linear branches step by step instead of simply tapping as far as you want.

Encounters are random but rate isn't too bad and dungeons aren't big enough to make backtracking a chore. In fact, the game lets you fast travel back to town at any time which is probably a good thing considering it's a mobile game and you might have to stop abruptedly. Unfortunately there's no save points so you can't save whenever you want. Either finish a battle or quick travel for autosave to kick in. 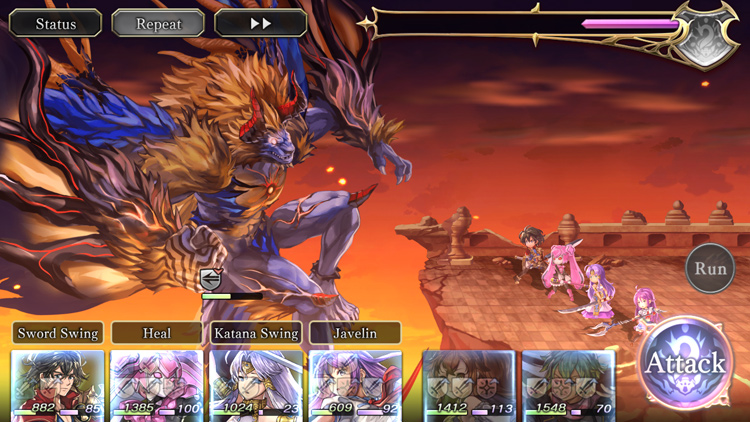 There are no healing items or any kind of items for that matter which I found odd at first. Well, there kind of is but you can only possess one at any time. After that you get a food item that recovers your party's HP/MP fully whenever you rest at an inn.

On the other hand you have a huge range of party members you can juggle between. Sub-members in your party are inactive during battles but also recover HP/MP for each turn. Then you can switch them in for buffs or debuffs for the enemy to keep everyone recovered. This actually works quite well instead of the old item system and is probably a good idea considering how many characters you can collect from playing the gatcha (random reward) part of the game. 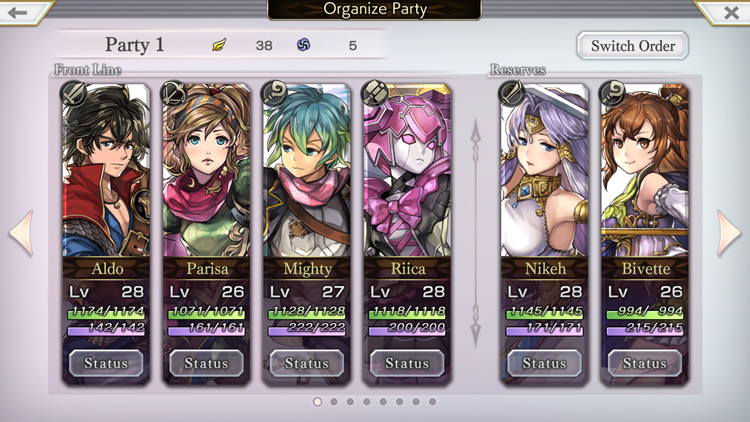 The game is free to play with your usual premium currency but you can earn Chronos Stones with achievements as you play or by logging in daily. There are no ads and you don't even need the currency too. The currency is only used for gatcha (random roll for characters) where you can obtain supporting characters to join your party but won't actually appear in the main story.

Despite the overwhelming number of supporting characters available for your party, they have their own side quests you can come across and they don't skimp out on the back story for them either which makes the world more engrossing. The more side character quests you do the more you'll see how well they're intertwined and expands on the world view. You might run around and come across them at one point thinking, "Oh, it's him/her!" then chat to them to see what they're up to. Localisation is done well and the writing just fleshes out the characters depth. 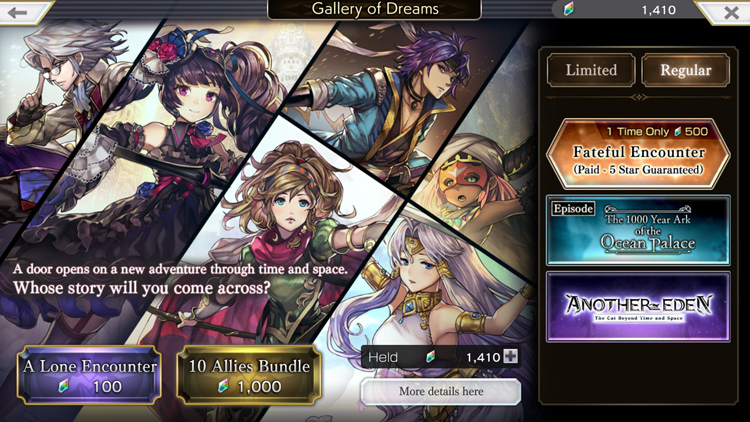 On the other hand the game does try to lure you into paying because your characters can only gain so many bonus stats or new skills depending on their class rank. Unlocking a new class rank requires tomes and scripts which you need to farm from "Another Dungeon" (nice name, eh?) which can take a long time or you can opt for paid gatchas which will guarantee high class, five star characters to save the farming. Rates haven't been too bad as I have about three 5 star characters while the others have the potential to be ranked up.

The Another Dungeon basically lets you replay past dungeons at higher difficulty which also gives you rare materials to unlock even better gear for the tougher dungeons. You can barely just make it through chapter 12 without farming for materials before the difficulty spikes afterwards. Fortunately these harder dungeons also mean more XP than you'd usually get in your regular dungeon. You can even clear them out so that you can explore freely without random encounters too!

The alternative is to keep rolling for new party members and hope you get duplicate to get a free upgrade. Well, they need something to keep you playing while they work on new content. 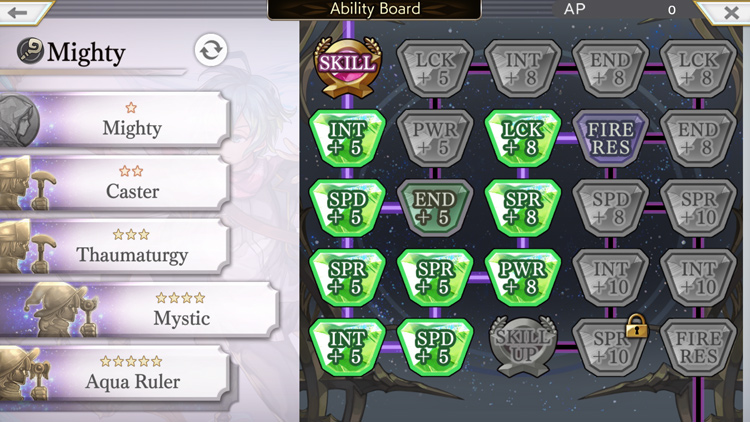 Presentation wise, characters have simple animations kind of like those puppet shows where you can clearly see where the joints are. However as I said, the writing and localisation is great which makes up for the lack of more detailed, smoother animations. As side events are mostly very long farming sessions that have you looking at the same dungeon for every cutscene, it would have been nice if they added event illustrations.

You'll also find plenty of resemblances to Chrono Trigger which probably isn't a bad thing and considering the staff worked on that game. Some locations look like they were taken from the game, some main story characters look like they're taken from it too. That said, key members from the team that were involved work on this game too namely Masato Kato the script writer and Yasunori Mitsuda the music composer. 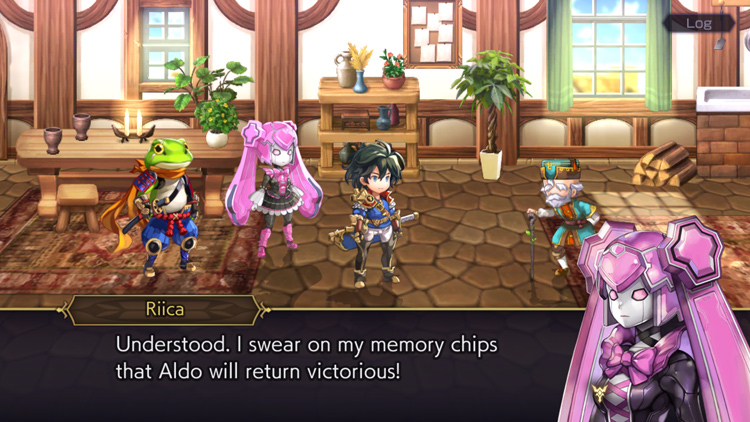 Another Eden might not be a remake of Chrono Trigger but it has the a similar vibe to it with time travel, vibrant dialogue, fun cast of characters to adventure with. If you're a fan of the classic and don't mind huge slow game downloads on your phone, you should give this a try.

If you're lost and don't know how to get through a dungeon full of different doors you can try this site which is in Japanese but, it has very detailed, well-organised maps sorted into chapters and show you exactly where to go. Or you can try the Miraheze Wiki but it only seems to have hard mode maps.

After chapter 12 trash mobs become very tough even though they give very little XP which makes levelling very hard. At this point I recommend grinding the Sealed Realm dungeons. The low level requirements means you can defeat enemies quickly just by tapping attack yet, it can still net you 60K of XP per enemy on hard while the tougher enemies give you 110K. Only downside is there are no items for upgrading a character's class in this dungeon.

Do not choose the Ephemeral Time Space when doing Very Hard unless it's Git you're farming because it doesn't reward you with any XP at all. 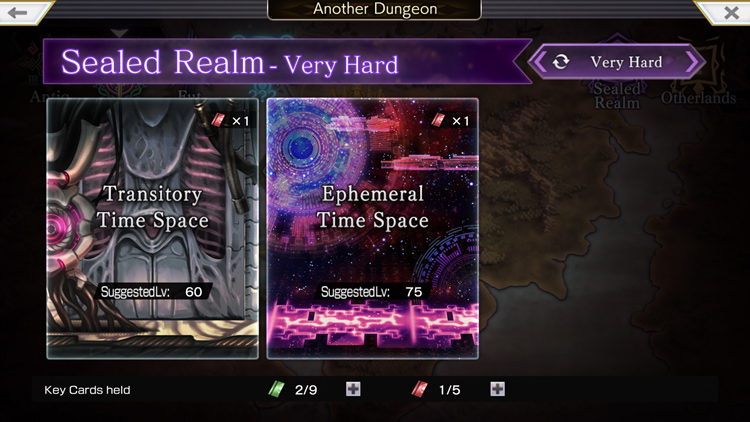 At some point once you finish a part of the story, you will be forced to upgrade the main characters before you can proceed the the story. Instead of re-running story dungeons such as "Miglance Labyrinth" via the Spacetime Rift, save up your green and red keycards to farm the extra episode dungeons instead which will reward you with the incredibly rare drop Chant Tomes and scripts you'll mostly need.

Since you earn Chronos Stones as you farm anyway, it might be worthwhile just spending those stones on more keycards to continue farming too. 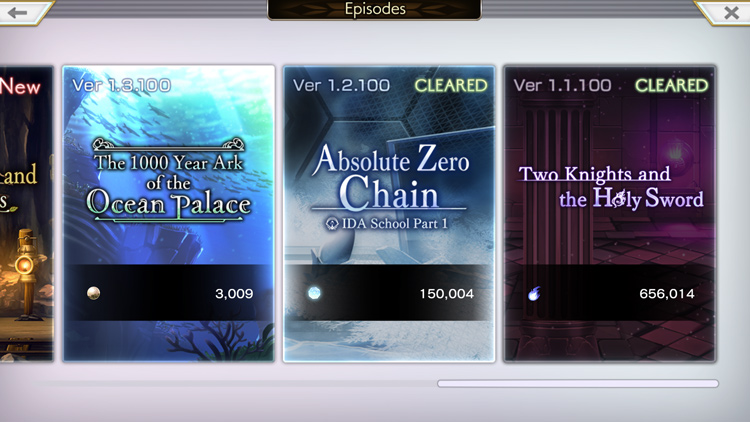 You might also be tempted to to farm tomes in Another Dungeon but, once you beat chapter 25 you can do the same dungeons on "Very Hard" mode which will earn you Tsubura Gems. You can then exchange these gems for some rare tombs so you will probably want to wait until then.

Also, if you get a duplicate character in gacha with a higher rank, it will replace your existing lower rank character so there might be no point at all unless there's a character you really like. 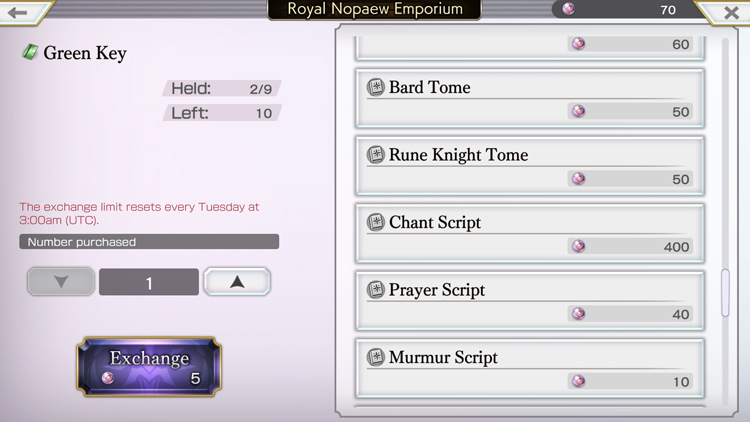 Got a lot of badges from running Another Dungeon? Once you've got 200+ of them go to Nilva in the future and visit the house just north of the inn where you'll find a scientist and a robot. Talk to them and afterwards the robots will give you random materials in exchange for your badges. 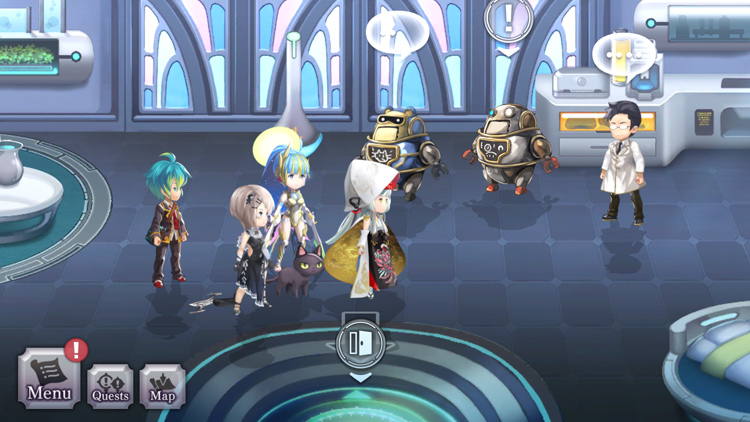