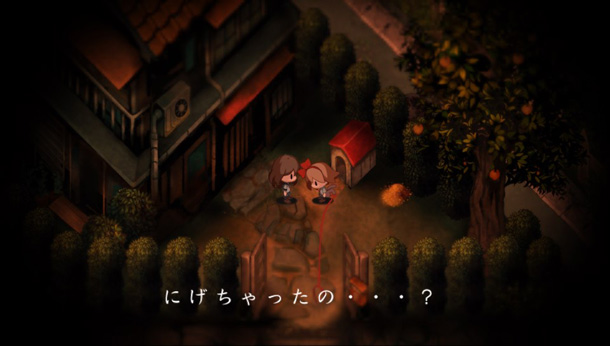 Following closely in the footsteps of Nippon Ichi's survival title, Firefly's Diary - you wouldn't think it's scary at all looking at the cute graphics. However, unlike games where you have a whole arsenal of weapons to deal with demons and monsters, in Yowamari [A Walk in the Night] AKA Night Alone in the West, you only have a torch.

So our innocent little heroine is out walking her dog Boro but suddenly - BOOM! Her dog is run over. Nippon Ichi doesn't hold back any punches... She returns home dragging an empty dog leash and when her big sister sees Boro missing, she decides to go out to look for it. Late in the night, she never returns and worried for her sister's safety, our heroine braves the demon filled night in search of her sister.

Not a happy story so far that's for sure. 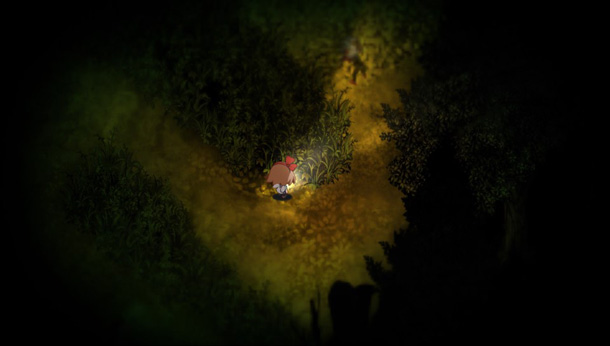 Like a lot of horror games, Yomawari makes good use of sound and light. There isn't any music and light is your only salvation which lets you see where the demons are. There are a whole range of demons from the slow crawling ones to the extremely agile ones. And since you don't have any weapons, all you can do is hide or run with a limited stamina gauge which depletes even faster when you're scared.

Way to create mood, eh? And it works. Sometimes you'll find yourself listening out for the sounds of demons close by and know you best avoid that direction unless you want an instant death. 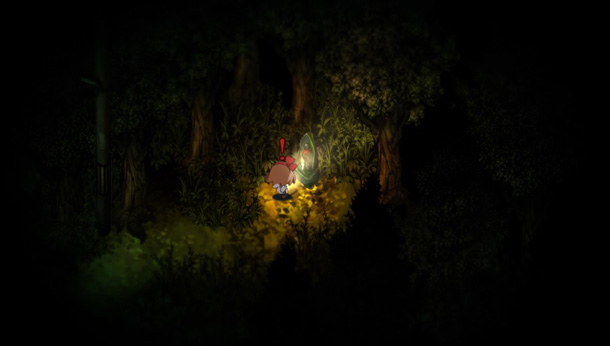 What piles up the tension even further are the Jinzou Statue save points. As you explore the town you come across 10 Yen coins which you need to save your progress. Otherwise you end up starting from the last save point which is either your room or whichever statue you last paid your respects. 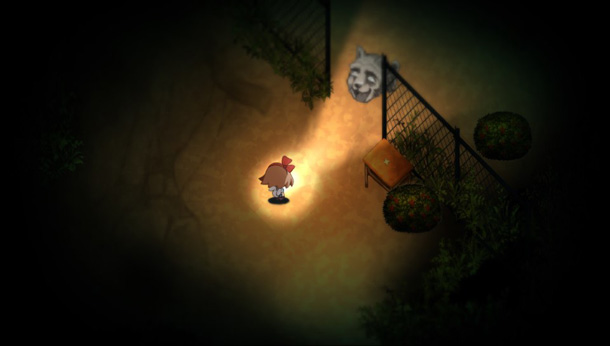 Most of the time you'll be figuring out how to dodge demon attacks while you run to survive but there are the odd puzzle to solve. A question mark appears over the heroine's head whenever something of interest is nearby. Finding a key item from somewhere that will let you obtain an object to achieve your next target. If you've ever played "point and click" adventure games on the PC like the Monkey Island series or other Lucasart games, you'll be quite familiar with some of the puzzles they come up with such as having an item to distract a demon while you retrieve something else. 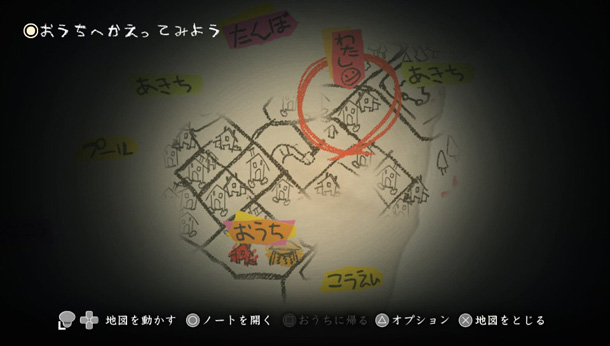 The map is so big you can get lost but fortunately, despite it being a horror survival game, you can use the statues to fast travel between places and if you get really scared you can just return to your house instantly. The map is so big it gives you the illusion of an open world but as always, you do hit those invisible walls - in this case roadwork barriers.

You'll most likely die a lot but fortunately the game does let you keep items you picked up after the last save point and also lets you keep your map exploration progress too. Good thing because if you had to repeat all the key item finding and map exploring it would have been too hard. 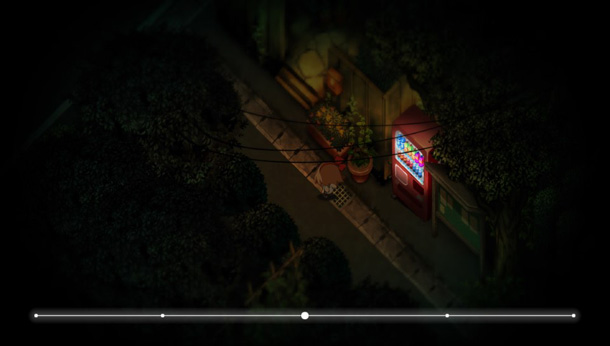 Presentation wise the graphics look cute in your Chibi animation form and because of that you don't really expect a scare but, Nippon Ichi does manage to make you jump - mostly because you walked into a demon unware and meet a bloody death! The crudely drawn map doesn't make you feel any better either! Then there are the eery sounds that alert you to danger and you know you're near a demon that you won't be able to run from if they spot you.

That with a ambient sounds of walking over different types of terrain and other sounds of the night the mood is quite well put together. Sometimes the sound effects can get annoying though when it's exactly the same sound clip. There was also a bug there the sound just completely disappeared at one point but it only happened once. 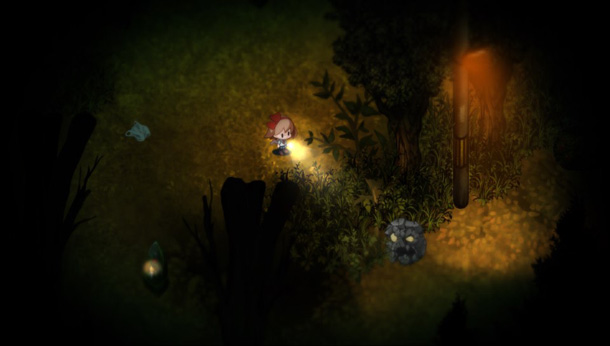 I've been a fan of adventure games on the PC so I quite enjoyed Yomawari apart from the less than subtle deaths. I don't know about Firefly Diary since I never played it but Yomawari is a short game (you can finish it in a day) where you'll die a lot, retrying again and again thanks to the sparse save points. If you don't have a lot of patience and not a fan of stealth and horror then this probably isn't for you. 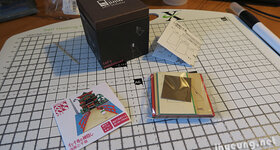 For our Ghibli Miniatuart papercraft this time we'll be doing No. 11, a Spirited... 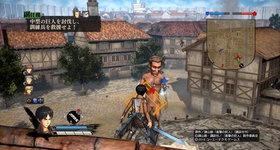