Turned on the PC today and it was stuck at the BIOS screen trying to detect the drives. Turns out my year old Maxtor DiamondMax 22 SATA hard drive might be dead - I hardly even use it and it was mainly for storage purposes.

I had a whole bunch of unsorted photos that I took from events such as this year's bonfire night on it that I didn't back up so those are gone unfortunately. Outside of that, the other files can be downloaded again off the internet fairly easily. At least I haven't lost my Case of Shinra translation or I would have had to start all over again ^^;

On the bright side, the main computer won't consume so much power now when it's on now and, the hard drive's still under warranty by Seagate (who have taken over Maxtor now) so I might return it for a replacement at the risk of snoopy technicians stealing data - Not that there's much private stuff on the drive anyway.

Anyone ever returned dead hard drives to the manufacturer to get fixed or replaced? How do you feel about privacy when sending away a computer or storage device filled with personal files to a technician? 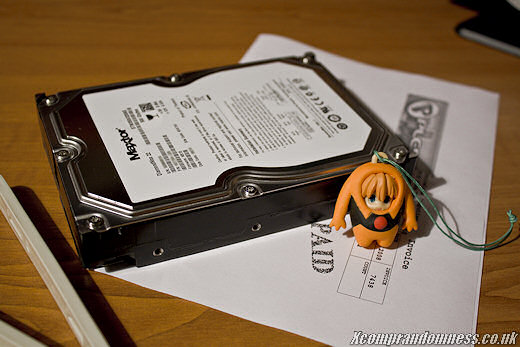 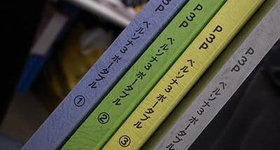 Atlus added in enough script for the new Heroine in Persona 3 Portable to fill in four... 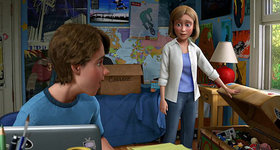 Pixar's next movie "Toy Story 3" is going to be out next summer and the trailers are...

18 Aug 2011, 10:46:43 pm
I think i have a crazy but workable solution. The thing is you'll have to get exactly same type of hard drive, Same size... swap the logic boards of the hard drives. That should work. tried it one time and it worked for me. I have the same issue as i speak though my drive is over a year now and there;s no warranty covering it here in Nigeria, so i'll be off tomorrow to look for the exact same drive

3 Jan 2010, 3:46:57 pm
i have the same drive also dead and not in the bios. i have a usb to ide/sata adapter and it does not pick it up. the drive when on sounds fine there are no clicks or weird noices in the main disk area at all. i hyave also tried looking at the controler board and putting the HD in the freezer but cant seem to gte it to pick up. the problem happened when my pc went to power save mode. when trying to come out of it nothing happened so i reset the pc and then low and behold the HD was no longer in my BIOS. juy6st to mnake things worse my univercity work is on it. any thoughts would be great

16 Dec 2009, 10:36:42 am
Geez, I just got my DiamondMax 22 500G disk d3ad, suddenly can't be detected by the BIOS. I resorted to some basic remedy but still the BIOs can't detect it. Using an enclosure, it is detected as removable disk. Is it firmware issue? Any flashing tool for this BUGGY HARDDISK?

but I did lost 1 time a lot of files because of a stupid back-up mistake from the PC store :3

But my computer did crashed 1 time.. lucky a guy from that pc store could make a back-up I was so lucky that I didn't lost my files again ^^;;

that's why people are always saying, Don't forget to make a back-up. and I should really do that too befor I got again a PC crash ^^;;

24 Nov 2009, 2:02:38 pm
Ok, then try this one too;
Borrow yourself an USB adapter for ATA/SATA disks, and try again... I experianced some miracles when i tried this adapter :)
If you have friendly-computer-stores, ask them to borrow this adapter for quick test, if the disk is still working ;)

24 Nov 2009, 12:21:14 pm
Yes, I've tested it as best as I can... Not much I can do when the BIOS doesn't detect it. I tried switching cables with a working SATA drive and it still can't be detected. Also tried rebooting the PC several times hoping it would get detected long enough to recover some files but no luck.

I can feel the drive spinning up when booting the PC but then it keeps clicking while being detected.

24 Nov 2009, 4:42:12 am
Well if you send it back to the manufacture for repair (Seagate in this case), they usually have a privacy policy in place that protects the customer.

I send hardisk for repair before and wasn't too concern about privacy. My data is not that sensitive. I am more concern about getting a usable hardisk back