It seems to be good value for money at its small price. It comes with a bag but no instructions. Shouldn't be too hard to work out how to use it, though. As you can see, the legs are made of aluminium but just about everything else is made of cheap plastic including the head. 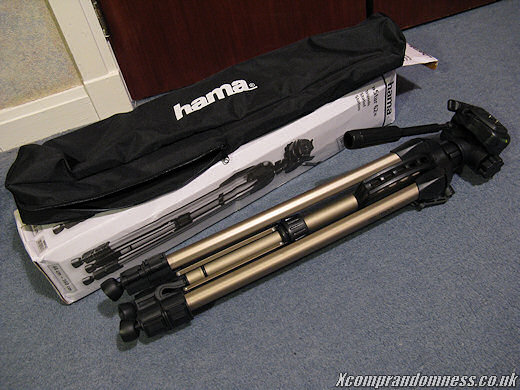 You can actually see signs of glue at the joints on my one... 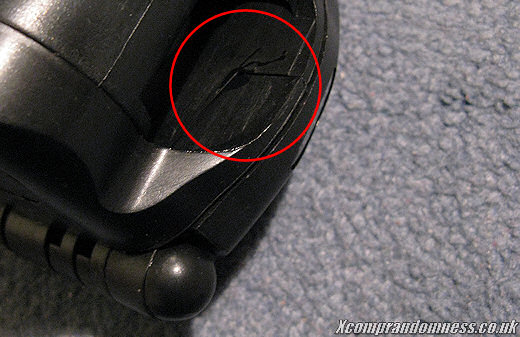 Plopping the Canon EOS 1000D on with a 300mm zoom lens attached which weighs around 1.5kg together, the tripod felt sturdy at the full length of 1.6m but, I'm not sure how long it would stay that way because the plastic braces feel pretty brittle.

In fact, if you set it to the portrait orientation it feels like it might snap off despite the claim to hold up to 3kg. 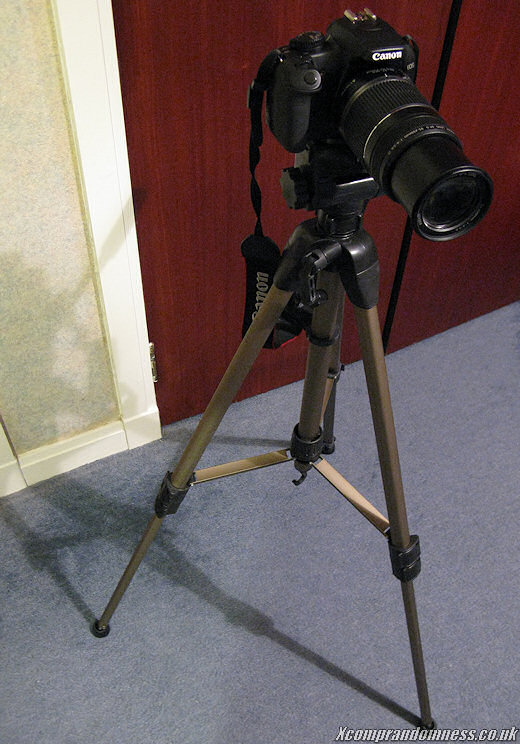 There are bolts and screws (again, plastic) for tightening the tripod at the centre and the head. This makes putting away the tripod quick if you keep them fairly loose.. 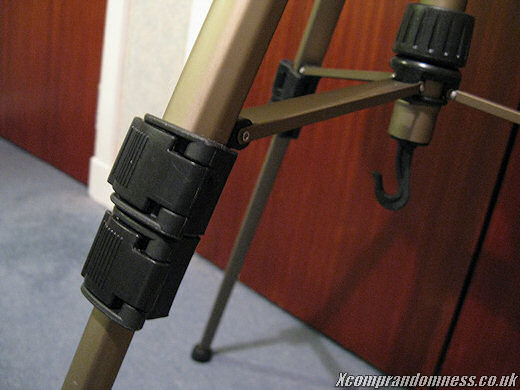 The head itself has a removable part so that if you needed to remove the camera quickly... 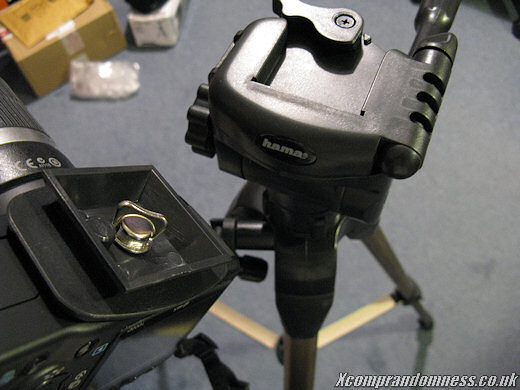 You can do so by flipping a small trigger on the platform. 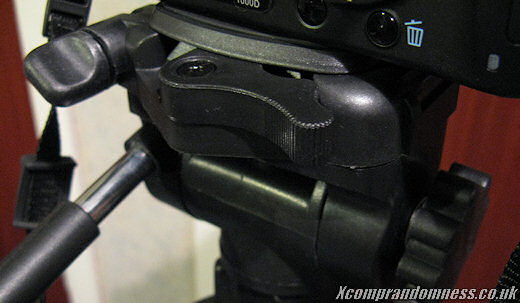 Panning action is pretty smooth and I didn't experience the roughness some other reviewers mentioned as long as the screw is loose enough.

And as a tip for those of you new to full sized tripods, hold your camera when tilting the head down or you could find your precious zoom lens smashing into the legs! You must turn the handle in a clockwise direction to tighten it up. 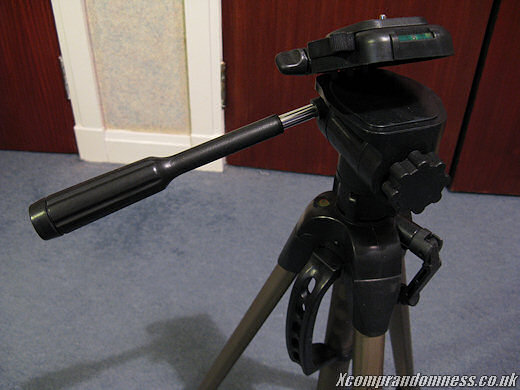 250mm zoom shots turn out a little blurred when pressing the shutter button because the head isn't strong enough to stay steady although with some form of optical stablisation on, it's still passable. Bulb mode will prove to be pretty difficult as you have to hold the shutter button down.

In fact, I noticed the shots still turn out blurred if you use the timer because the tripod seems to shake as soon as the shutter goes off. Increasing the shutter speed resolves the problem but it completely defeats the point of having a tripod, doesn't it?

Also, I found the platform isn't strong enough to hold a DSLR at less than 90 degrees even with the screw tightened. 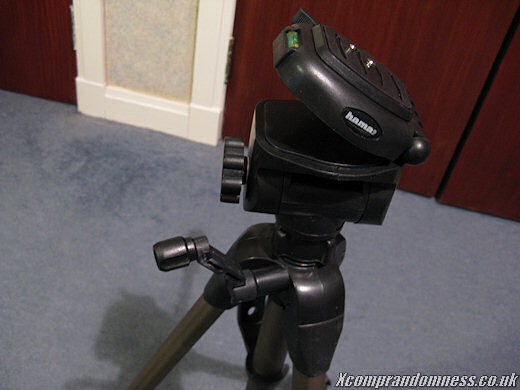 On the extras side, there are two spirit gauges to help determine whether your camera is level with the horizon and there is a hook at the centre for adding extra weights if needed although you could probably hang the tripod bag there. There's also a handle for carrying the tripod around.

The free bag itself seems to be designed so that you must put the tripod in legs first which means if you use it outdoors, you might end up with a very hard to clean bag. However, the plastic feet doesn't seem to get much dirt in them.

On the whole, you get what you pay for the Hama Star 62 - A cheap budget tripod which may feel sturdy at first but looking at the brittle plastic joints, you have to wonder how long it will last. Timed and remote control shots work fine but it's too wobbly if you're going to press the shutter button yourself. It seems more suited to the modern light-weight camcorder and compact cameras than DSLRs with heavy zoom lenses or fully featured video cameras. 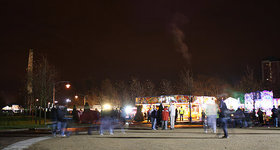 Went along to Glasgow Green for the fireworks display in town this year to see what it... 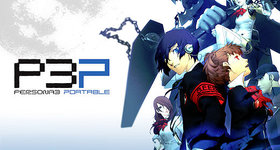 Atlus has released a second remake of their popular RPG Persona 3. Dubbed Persona 3...

22 Jan 2012, 8:36:58 pm
I have this tripod but unfortunately I have lost the head that connects the camera with the tripod! Do you know where I could possibly buy it?