While the RTS dungeon digging Holy Invasion of Privacy, Badman! didn't make much of a splash in the Western world, the game series is heading towards a third title in Japan.

For those of you who don't know about the game, it's kind of like a cut down version of Bullfrog's Dungeon Keeper where you have to dig out a dungeon, balance the eco system to create monsters and kill off heroes trying to invade.

Otherwise known as "Yuusha no Kuse ni Konamaiki da" (Those Cheeky Heroes)", the game is going 3D but not just any 3D - 3D as in "3 Dungeons". As the name suggests, there are three different type of dungeons to play this time round but only two of them are revealed so far. 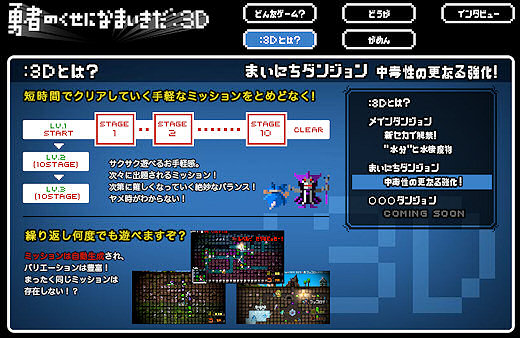 Besides new monsters and invading heroes, some water has been added in too for a bit more strategic play. There is also the addition of "Dragon Orbs" which I'm presuming will temporarily give you inifite digging points.

No release date yet but it's looking like it will be some time next year. Can't wait to play it! 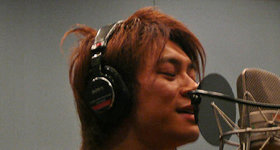 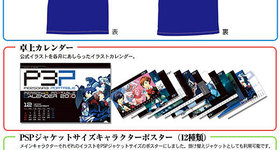