In "Case of Yuffie", Yuffie makes her way back to Wutai after separating with the others and was very excited about the welcoming party she was expecting to receive. However, things don't quite turn out that way as she learns the damage the Lifestream has caused around her home and is warned to keep what she has been involved in a secret for her own good... 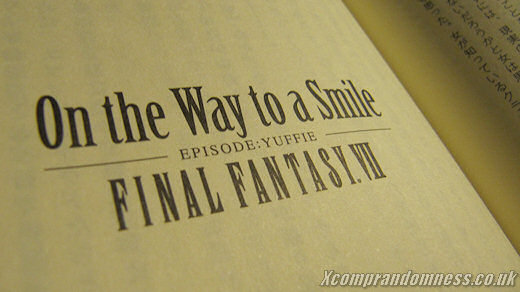 As with last time, please follow the guidelines if you wish to make a correction or point out any areas requiring clarification in my translation.

The story was pretty much as fun as I had expected when I read the first few pages of it. I don't know if I should laugh or be annoyed at her for bullying Nanaki for his phone. That's some way to make someone remember you... I did feel sorry that she had to be treated the way she was after returning home. It was interesting to learn the world never thought of Cloud and the others as heroes and that it wasn't really a happy ending. I thought the part where the black water chased after her and Yuri was interesting. Must have been gruesome.

Now we know why Cloud ended up with Geostigma too and how materia works. At first I thought it was his link with Sephiroth but, I guess it's more about his weak will to live and his pessimism.

I think the moral of this story is - Always be optimistic in life.

Now look at the imprint the bookmark left on the page! Yes, that piece of white fabric in the middle did it (what's the proper name for it anyway?) It's... It's ruined! (I joke). 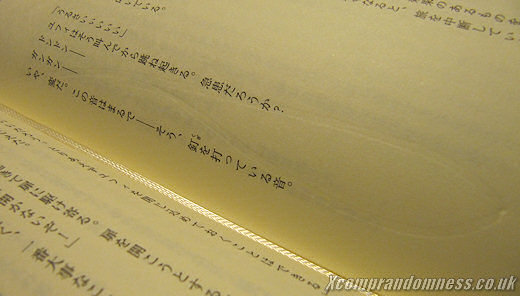 I actually had Case of Yuffie translated over two week ago but as all webmasters know, it's best to pace out the updates. That and I felt it was time to give my 4 year old FFVII Web Novels site a revamp. The old site made use of old technologies namely simple HTML and frames... 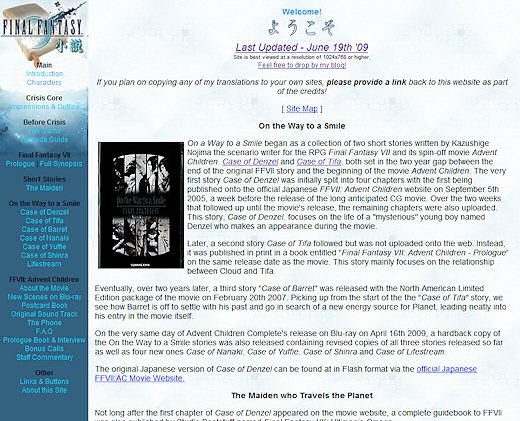 The content very much remains the same as you'll find out but, I've now modernised it (or attempted to) by making use of CSS3, PHP and XHTML 1.0 coding from scratch with a bit of Javascript thrown in so those of you using the NoScript add-on for Firefox, take note.

I'm kind of having trouble getting the menu to hide after you leave it even if you don't click on something... 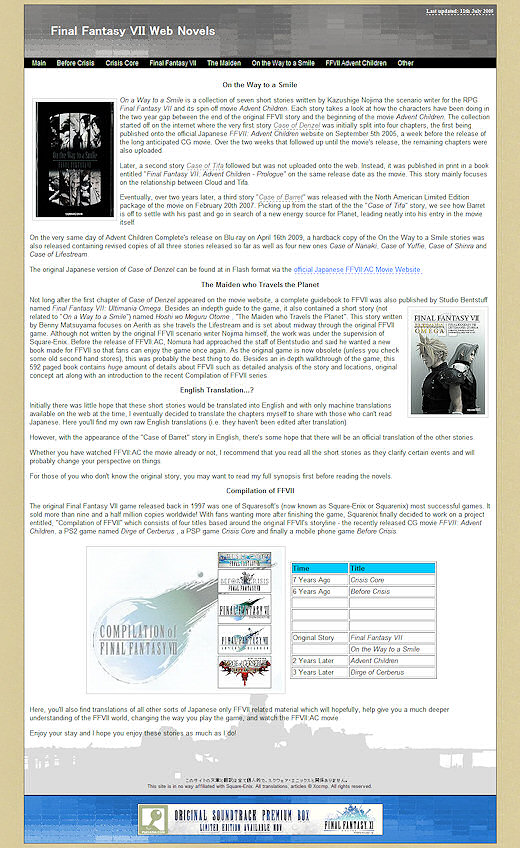 At the moment, the site still isn't very dynamic but in the future I'm hoping to implement the following: 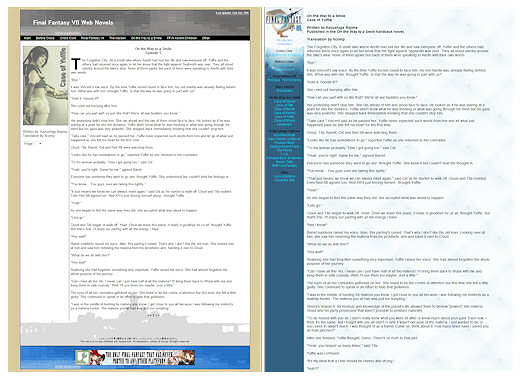 Now that I'm on the last story in the book... Case of Shinra, I notice that the total number of "cases" finishes at seven (excluding the mini Lifestream ones). A fitting number to end at no? 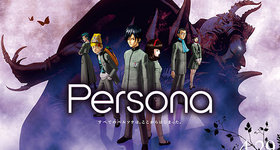 This remake of the first PS1 Persona game "Revelations: Persona" begins at St... 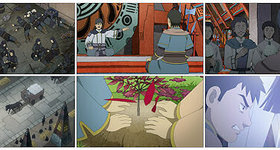 Episode 24 A Song of Grief The war at the borders of Ryoza continue and although the...

5 Sep 2009, 4:43:35 pm
It's a waste of time and resources when someone else is already working on something unless their work is really bad but, from what I've seen of Hitoshura's work I don't think we'll need a second version.

5 Sep 2009, 6:26:29 am
so you started the stories and your not even gunna finish it??? come on man, thats a little disappointing, its just one more. and we know u guys have lives, everyone does but if ur gunna start something at least finish it, for the fans. u knows what happens in case of shinra but we dont.

26 Aug 2009, 3:31:44 pm
I don't know the guy... You should have dropped over at the Thelifestream.net forums and tell him yourself. Real life have to take priorities since we're doing this for free and still have to make a living ^^;