A Bit of Spookiness with Dennous

Late last night, I was just chatting with my friend on messenger who lives in the same area as I do around three in the morning. We just happened to be talking about a new kind of worm that can infiltrate home network routers and the show Dennou Coil before something odd happened...

He suddenly dropped offline and came back on moments later saying that his computer and router turned themselves off while everything else in the house including his TV were working just fine. I joked it was just his powerhouse PC sucking up all the power as usual but minutes later the same happened in my own home. Only my PC and router went off for a few seconds.

Obviously there was something odd with the power but, I wonder what could have happened so that only the PC and router are affected...? Surely if it was a problem with the current it would have affected all appliances. Anyone know?

Pretty creepy when we just happened to be talking about related topics but, I ended up laughing with a bit of  a chill down my spine anyway.

Well, about an hour later. It happened again but this time everything went out for a few seconds so it looks like there really was something wrong with the local power grid. Outside, it was pouring rain and an alarm from someone's home went off.

I was just typing up one of my long posts as well but fortunately I save frequently and so does Wordpress. Eventually I ended up finishing off my post on my netbook instead. 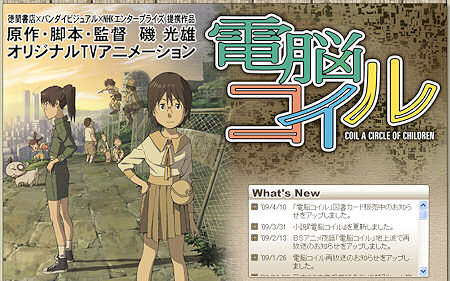 I actually haven't watched Dennou Coil yet and have a very vague idea that it has something to do with computerised technology manipulating reality - "Dennou" being the traditionally used Kanji and abbreviation for computers "電子頭脳, denshi zunou", literally meaning "electronic brain". However, these days the Japanese just use the loan words "パソコン, pasokon" short for "personal computer".

Anyway, I'm sure I'll get round to watching the show since I heard so many good things about it. 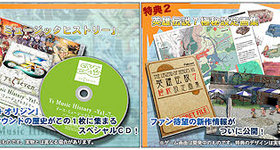 The official site for Falcom's next Ys title is up and reveals that the ARPG will be... 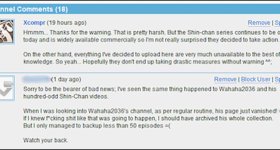 18 Jun 2009, 1:09:19 pm
Definitely watch it if you haven't yet!! It's such a good series.. Along with the cute stuff (main chars are children.. and there's a cute pet dog), it's got some deep stuff and emotional ups and downs. Had me crying a good bit! It's got good character development too :D

Sounds like you have some really drastic weather over there. Most of time it's just raining here or strong gales at the worst.

28 Apr 2009, 12:11:12 am
pasokon, I remember that term in chobits! sounds like an interesting find! Hmm power going off is really creepy when it's limited like that, I hope you guys figure out what went wrong!

That storm photo looks pretty scary >_<! We had our power out a few days ago too because a storm knocked over some power lines in my area X_x But everything is ok now! I think.. ehehe...