Keita wakes up to find Akane, Kuro and an old friend by his side. He was surprised to find that his classmate Sawamura, who he thought had died long ago in an accident, standing before him. However, Sawamura doesn't answer to the name and says he was now Daichi Kuraki working for the Kaionji group. They had arranged for his sub to die so that his disappearance from school wouldn't appear suspicious. Sawamura had been the top student in class and because of that was very popular with the girls but, his cocky attitude meant he irritated many. One day, Keita saved him from being beaten. Kuraki now asked him to join him to fight against Reishin's plan so that they can control the Doppel Liner System and thus, control their own fates to avoid any more tragedies. Kuro was against the idea but says nothing and concentrates on finding his brother instead.

Keita and Kuro battle it out with Reishin but don't even manage to scratch him. As Keita passes out, Excel, Steiner, Riona and Yakumo also arrive at the scene. Quickly leaving the case, Steiner and Excel are left behind to carry out their mission. A fierce battle ensues as Steiner and Reishin fight at their full powers but eventually Reishin wins. Excel is taken away from the scene just in time with his Stampede technique. As Reishin destroyed the Sacred Stone, he is attacked by Raiga, Kuraki's Guardian who wanted revenge for the massacre of his Hiba People. A burst of Tera Energy overflows the island as a worm hole is created through Reishin.

It's been half a year since the incident on the island. Kuraki now took a bigger role within the Kaionji group and was controlling the flow of Tera energy in Japan, monitoring it all through the mobile phones they manufactured. He was confident he was creating a new world by killing off a large number of Subs to create Master Roots where necessary. Even The Noble One executive, Gustav agrees to settle on a truce and cooperate as long as it was in the best interest of the Guardians and humans. Meanwhile, Keita was unconscious and in hiding with the others. Kuro's new goal was to find and rescue Akane as she wanders around the snow filled city. When she returns to their hideout, they suddenly find themselves attacked by the Kaionji's Master Roots.

An announcement is made before the Kaionji Family that Kuraki will marry Yukino and become the vice executive of the organisation despite much disapproval. As an official ceremony is organised for the night, Bernhard and The Germane High Council Tribe decide to take the opportunity to strike together with Keita and the other others and stop Kuraki from controlling the Doppel Liner System. They successfully manage to break through. Kuraki is surprised that Keita was opposing him and tries to escape. Meanwhile, the powerless feeling Yukino decides to try and control her own fate and goes to confront her own Master Root, Akane. 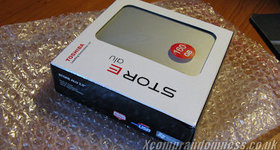 Decided to buy myself a portable hard drive to back up all the photos and short videos... 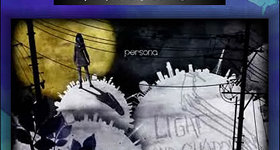 The opening for Atlus' upcoming remake of Persona is up on their site now so you can...