Was dropping by Atlus Net to see if I could find some bits of new info about their games and came across this instead. The artist responsible for all the "Devil" designs in Atlus' MegaTen and Persona series Kazuma Kaneko, writes in his company blog entry fourty-five about his view of the spiritual world (霊界) and how it's like the internet...

Don't read further than the translation if you don't like spoilers, because it contains a few for Devil Survivor.

In my last entry, I talked about how we more or less won't be able to meet someone else who thinks and acts like yourself as we go about our daily lives normally. That said, an actor was once talking about how in the "spiritual world", like-minded people gather and live together so, even if we can't meet someone like that in this world, we will be able to after we die... So why did this actor [who appeared in one of the 007 movies] interpreted the spiritual world in such a way?

With people having various personalities, we get all sorts of stimuli and I think that's what makes this world interesting but on the other hand, there are situations when that stimuli becomes our stress. At the very least after we die, we don't have that kind of stress and can live in paradise. Perhaps this is the way a lot of people think.

And that is when this actor told of the spiritual world where like-minded people gather and live together, where no one will oppose or criticise your actions - a very nice place. That's why he told others he wasn't afraid of dying. These kind of words can in fact have a healing effect for people who feel all kinds of stress.

However, the concept of a spiritual world is within each of us as if it's natural thing. I think that is the result of people knowing that one will eventually die and keeping the culture (or you could also call it a "business opportunity") of a funeral and grave for many many years. As a vague feeling of this fictional world is established, the spiritual world is brought to our reality as if it really exists.

Thinking, "Anything can be in a fictional world!" the actor combined the idea of a world free of stress, where like-minded people gather and live together, with the idea of a tangible paradise and skilfully presented it as the "spiritual world".

I don't know if he was doing this out of good will or if it was a stagnant business idea. In any case, this actor has now passed away and should probably now be "living" happily free of stress. Well, even if it was a business idea, I think it helped a lot of people so it's not such a bad thing.

This actor said all this back in the 1990s but in this modern age, one doesn't have to go through all the trouble of death to meet like-minded people anymore.

One can now use the internet. It has so many different community sites after all. And above all, a lot of the things said on the internet are of people's real intentions and there are even those that reveal secrets they would usually hide while going about their daily lives. Even people with minor interests can meet like-minded people there.

If you take a moment to think about it, we could say that the spiritual world that once existed only as fiction has now been realized thanks to the advances in technology.

Saying that however, the actor also said that even though in the spiritual world, like-minded people can meet and live together free of stress, it's also a place where the people filled with ill will gather and live together and, those who had done bad things in their past lives go to hell.

If you take that into consideration, there are also a lot of people on the real world internet that pretend to be nice and trick others as if they're devils themselves. It's unfortunate that even that part of the internet seems kind of like the "spiritual world" so when you are out on the internet searching for like-minded people, do take care.

So to summarise, this concept of a "spiritual world" is similar to the internet where one can find like-minded people and be free of stress should they choose or, be faced with "trolls" and criticism should they choose to look. And beware of misinformation too.

Now we know who came up with the idea in Devil Survivor about how the internet is a source of "energy", where all the anger and negative emotions can gather from the world.

Or in the case of Densha Otoko (Train Man) it was all good.

I didn't really like Devil Survivor's story talking about a religious cult digitalising their rituals and creating a server to spew out "Devils" to mobile devices. Felt kind of like Power Rangers which I've long grown out of. Then there was the idea of challenging god and ending the tests he puts humans through. It all feels very imbalanced.

Persona 3 at least had all the action happening in the "Dark Hour" when everyone's supposed to be asleep so that made the setting suitable enough and, Persona 4 had a "dark self" that each of us has to learn to accept which is another idea players can relate to.

On the other hand, the character development wasn't so bad and could be related to. Some of the dialogue was thought provoking too as with the most of the other Atlus titles I've played so far. 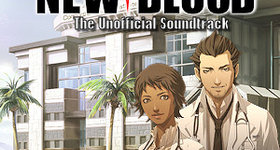 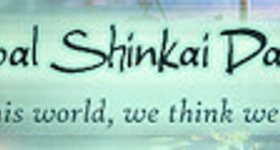 Just when I was reading over Kazuma Kaneko's thoughts about the "powers" of the...