Episode 6 Summary
"Here's a good method of forgetting your troubles.
How about getting yourself involved with other people's troubles?"

Misaki was on the phone and sounded very upset. The drama club was making her do all the props and clothing herself and she feels two weeks won't be enough time. 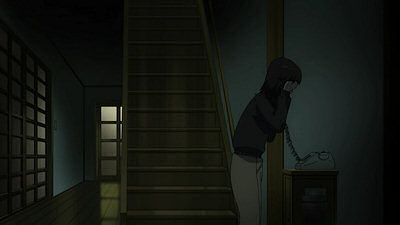 Despite that, she still wanted to do it because she wanted her book to be known. Although she crying out loudly down the phone, Touya remains calm and tries to give her suggestions, encouraging her to give it her best. In his mind, he didn't want to hear her like this. The Misaki he knew was always confident and strong. 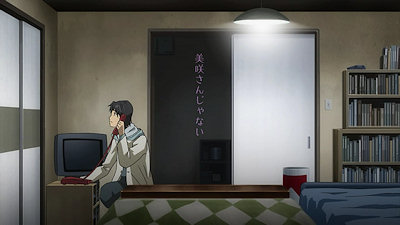 Misaki already had ideas in her mind. All she has to do now is collect the materials and start making them. Touya offers to help. Hearing this, Misaki finally calms down and is grateful that she decided to call Touya and let him hear her problems. She apologises for not being able to meet him the other day but Touya didn't mind. He was glad they decided to use her script. Hanging up, Misaki gets to work. 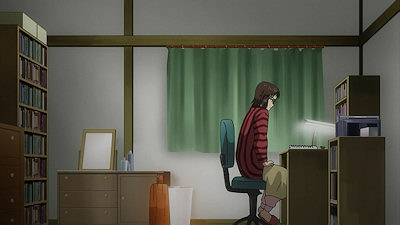 After hanging up, Touya sets off to Yuki's apartment but stops in his tracks when he spots Yayoi's car parked outside. He stands there hesitating and looks up to Yuki's lit apartment. She was happily setting up cups for the two of them. A moment later, Yayoi gets a call from the company. She looks up and catches sight of Touya who finally gives up and walks away. 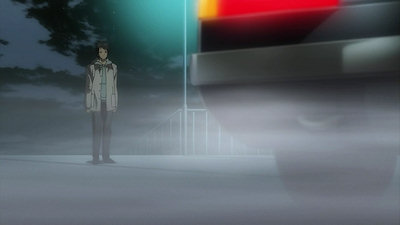 The next day, Touya sits down with Akira at a cafe on campus to talk about Misaki. Akira was a bit surprised he had forgotten what happened between her and Tamaru when they joined the university last year. Then again, Touya never attended classes much and he was also busy dating Yuki at the time. Touya lies back surprised Misaki had managed to keep a normal face before them all that time. He then thinks back to the times he has gone out with Yuki during that year and realises they may have only gone out together once even though she hadn't debut yet then.

He goes onto learn that she had rejected the head of the drama club Tamaru one day and because the news spread all over campus, he felt he was made a laughing stock. He then decided not to let Misaki quit the club even though she had prepared to do so and was now just fooling around and using her. As they discussed the problem at hand, Touya thought to himself Misaki's troubles were simple. He suggests Akira gives him a hand helping Misaki but is refused because he will be busy with his own club event. 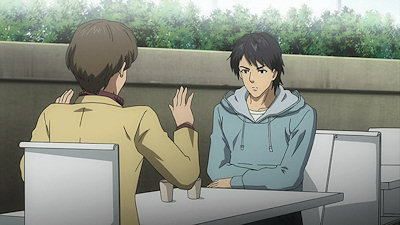 Later that evening, Touya was working at Echoes again. He gets an unexpected customer, Yayoi who waits for him to finish work. After learning he had no plans after work, she pays for her coffee and offers him a lift. Arriving back outside his apartment, they sit quietly for a moment and just as Yayoi begins to speak, Touya interrupts to answer he didn't go see Yuki while thinking to himself it was all because of unforeseen circumstances, intrusions and being watched. She kisses him again emotionlessly as a reward for keeping himself away from Yuki. Touya quicker this time but Yayoi remains calm. She asks if she should stop being Yuki's replacement when they are interrupted by a call. 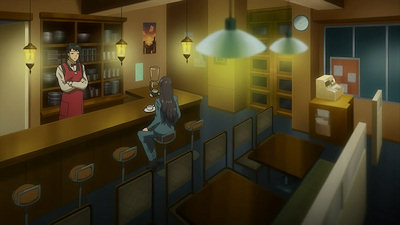 As Touya leaves the car, Yayoi drives away. Reaching his door, he is surprised to find Misaki there. She had finished the sketches for the play and wanted him to see them. She suddenly collapses into Touya's arms. 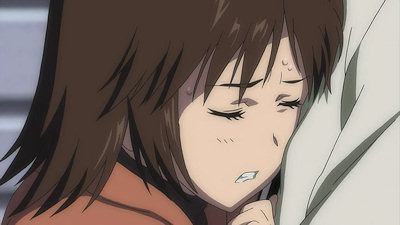 Going inside, Misaki sits down on Touya's bed while he fetched her something to drink. She probably just didn't have enough sleep. She asks for a cup of coffee while surveying Touya's home. Unfortunately, there wasn't any milk. Even though Misaki said she was fine with black coffee, Touya remembers how she always poured milk so he decides to go out and get some. 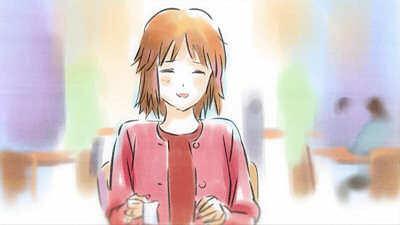 By the time he returned, Misaki was asleep. Covering her up, Touya sits down to look over the sketches she had done and was amazed at her work. He scribbles down his comments but is interrupted by the phone just as he was writing down colours used for the heroine wasn't too flashy. He picks it up, speaking quietly. It was Yuki at the studio and she wanted to apologise again for falling asleep last time and for writing that message she passes to Haruka in code. Touya shakes his head and apologises for not being able to go to her place the other night too but, lies when asked if was out, saying his father wasn't well. Yuki quickly hangs up when Yayoi passes by her. Misaki was awake the whole time and heard their conversation. 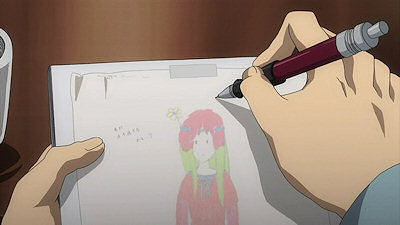 The next morning, Touya found himself asleep on the floor, covered up with the blanket he had over Misaki. She had left a note behind thanking hi for his precious advice and says she may have to ask him for help again later. In the afternoon, Touya waits for her outside the club and was happy to learn they accepted her ideas for the costume and props. When asked why he was helping her so much, he simply answers she won't be able to manage alone.

They spend the rest of the day buying the materials and props they needed for her club's play. There was so much it probably would be best if they used a car on the day. Touya jokes about Misaki's two year licence when she suddenly trips. 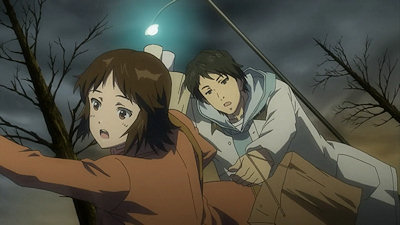 Touya reaches out to steady her and Misaki is reminded of the time Tamaru had grabbed her arm two years ago. 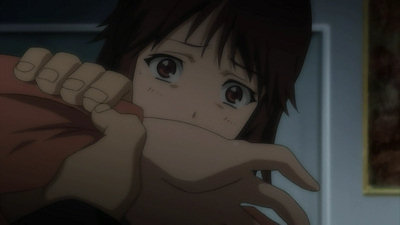 They pass Mana along the way but the two of them were chatting to happily to notice. She watches them go into a store to pick up some plates to use as props and mistaken Misaki as Yuki. 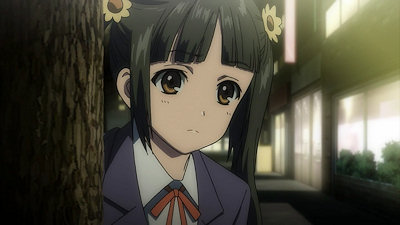 Meanwhile, Yuki was having a hard time recording her debut single. Eiji just wasn't satisfied with the way she was singing and despite Yuki's tired and exhausted face, he decides to push on after learning she had no other plans for the night. 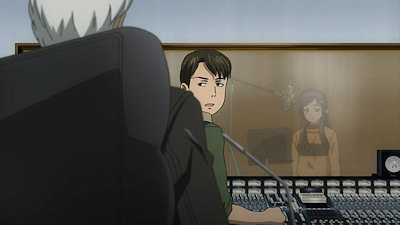 With all the goods collected, Misaki and Touya were at the Yunagi University's Design Association trying to borrow a sewing machine. Unfortunately, they had their hands full and had no machine to spare. The place was already booked full. The door is closed on them and Touya turns round to walk away. He pauses thinking over his "goddesses" and decides it was time for the hero to make an appearance. He turns back round to Misaki and tells her he has an idea. 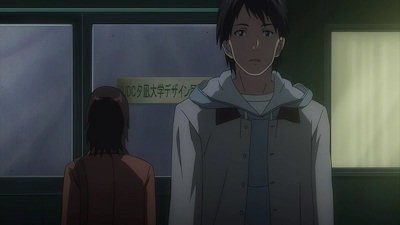 Phew, what a long write-up that was!

Aya's singing seems to have improved since I last heard her singing, "Bouken Desho Desho" from Haruhi. Definitely a lot better than her, "Harmonia Vita" from Sigma Harmonics. That was pretty horrible.

Anyway, back to the show itself. I thought there was something wrong with the RAW I downloaded when I saw that scene of Yuki waving to Touya repeating! So they've only gone out once in the past year or so since starting uni? It's sounding like their relationship might be thinner than it already looks now.

Yayoi's very determined to "protect" Yuki isn't she? Keeping watch outside her home like that so that Touya ends up turning away. Lucky Misaki didn't see the "rewarding" kiss, eh?

Looking at what the sub-text was for this episode, I guess he still can't make up his mind whether or not he wants to stay with Yuki while she works towards her dream and get to spend less time together. Well done to him for continuing to fend off Yayoi's advances but he'll have to make a decision soon about what to do.

I think he's at the point where he's confused about his idea of "goddesses" now judging by how he was confused whether Mana was one of them or not. Looks like he wants to play hero instead. It might mean from here he'll no longer be the one that needs "rescuing" and take the initiatives.

Had to laugh at that idea of being a hero though and when those question marks appeared around Mana. Then there was that scene when Touya was lying about his dad in "ill health"!

Other than that there's been quite a few scenes that ring alarm bells. Rina catching sight of Yayoi going to Echoes when she was going there herself. Eventually, she might figure out something's going on if she keeps seeing Yayoi there. Then there's Mana who mistaken Misaki as Yuki too.

I also liked how Touya turned his eyes towards the girls that passed by while he was sitting down with Akira. He wasn't looking away when the man passed by. Nice touch. Does that say something about him or, is it a natural reaction for guys? I won't answer that.

But what happened with the water painting backgrounds when Misaki was at his apartment? Was it on purpose so that the viewer focuses on Misaki's expressions? I'm not sure I quite get it. Either way, good on her for putting up with Tamaru's abuse just to work to what seemingly appears to be her dream. 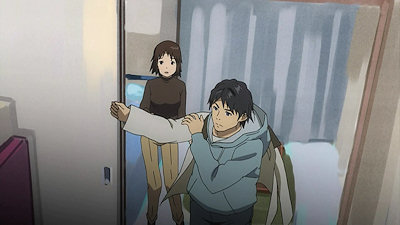 And I remember we used to have one of these old heaters in the house too! Now we just use central heating or the built-in fireplace. 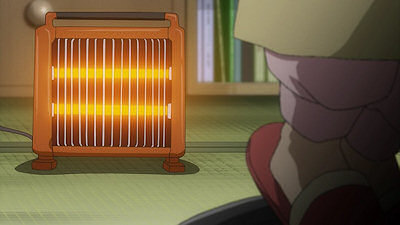 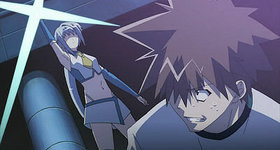 Episode 6 Summary A Touching Moment Between Human and Akikan Kakeru was squatting... 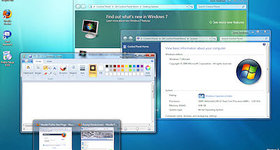 According to PC Pro, Microsoft will be releasing a "Starter" edition of their...