Episode 6 Summary
A Touching Moment Between Human and Akikan

Kakeru was squatting down in pain before Yell who was calling him the worst kind of man there was. 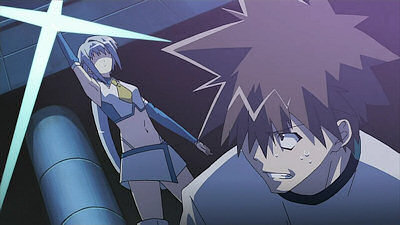 Just as Yell was about to finish him off, Najimi arrives in time to stop her. She had calmed down and remembered just how important Kakeru was to her. Kakeru looks up surprised that Najimi was Yell's owner. Melon also arrives at the scene and drops her megaphone shocked at the deep wound Kakeru had. She rushes over to Kakeru and prepares to fight the aluminium Akikan but Najimi tugs on Yell's tab, turning her into can form again. Looking deeply concerned, Najimi tries to approach Kakeru but runs off when Melon tells her to stay away. 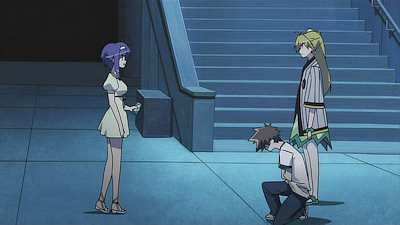 Melon helps Kakeru, who had passed out from his wound home and bandages him up. He didn't want to go to the hospital because it would cause a lot of trouble for both him and Najimi. Thinking back to the times she had spend with Kakeru, Melon makes up her mind to leaves Kakeru. Leaving behind a note, she quitely whispers goodbye to Kakeru before taking the Akikan radar and leaving the apartment. 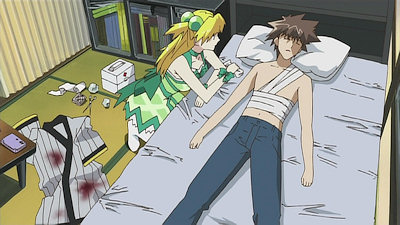 Najimi had also returned home with Yell and was crying badly in the dark, wondering how it all turned out this way. Yell calls out to her repeatedly, concerned and continues to ask for orders once turned back to her human form. She looks at Najimi but doesn't know what to do. All she knew was that Kakeru wasn't a suitable man for her and should kill him. She awaits for Najimi's command but is sadly disappointed to hear Najimi sending her away again.

Just then, a melon comes flying through the glass door to the veranda. Seeing that it was Melon, Najimi desperately asks how Kakeru was doing and is told to visit him herself.  Melon felt they, the Akikans, could no longer be around them and invites Yell somewhere where they could settle their dispute. 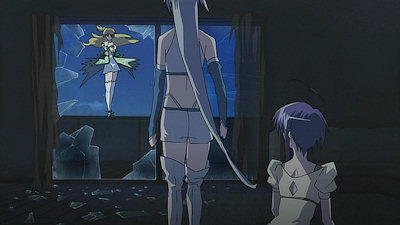 Najimi rushes over to Kakeru's home. Kakeru had woken up and was puzzled as to where Melon was gone. He had found a note from her letting him know the melon they earlier was delicious and saying goodbye to him. After learning from Najimi what was happening, he just about dashes out the door when Najimi stops him. Clearing up that Kakeru wasn't angry at her for sending Yell after him and how both she and Melon were just as important to him, they go off to look for their Akikan friends. They have no luck until Yurika calls. She could tell Najimi was troubled from her tarot cards and tells them where the Akikans were.

They decide to take a taxi to the stadium where Yell and Melon were already battling out fiercely. Melons were flying and being lodged into the stadium grounds while Yell was slicing her way through with her Isotonic Sword. 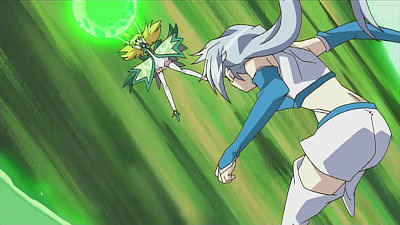 Both Kakeru and Najimi were doing their best to get there but unfortunately, the traffic jam wasn't helping. He decides to call Amaji who rushes out to help them on his motorbike. Kakeru thanks him for being such a dependable friend before knocking him off the bike. Despite Amaji's suspicions as to whether he could even ride one, Kakeru rides off through the traffic without any trouble. That is, until he dreams of the times he had spent with Melon and remembered the goodbye note she left behind. 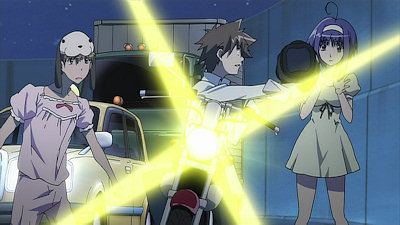 They almost crash into a truck when suddenly, they wake up to find Yurika in a witch's outfit carrying them across the skies behind her broom. She warns them not to call her name or the magic would be undone. Moments later, both Kakeru and Najimi wake up to find themselves on the road again close to the stadium. Najimi wonders what just happened but Kakeru laughs out loud before driving off quickly to the stadium. 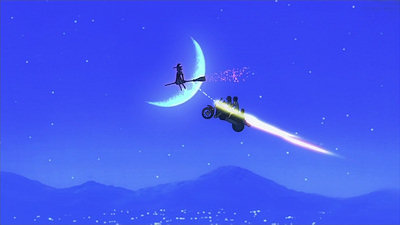 By now, both Yell and Melon were exhausted but Melon still had just enough energy left for her to finish Yell. She fires another deadly melon but is surprised to find Kakeru jumping before her and batting it away with great determination. He stops them and demands to know why they were fighting when they already had what they desired - Owners that loved them.

And so Yell, Melon, Kakeru and Najimi return to their everyday lives without the conflict. The match ended without a winner but Otoya knows it was just the beginning of the Akikan Elect. 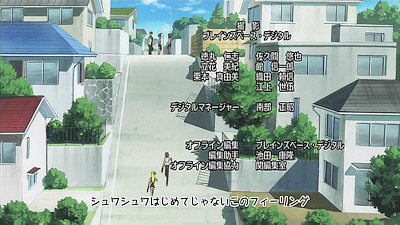 That cut Kakeru got looked awfully lethal but he didn't seem to be bothered much about it this episode. Guess Melon must have the Healing Hands or something!

And nice pyjamas, Amaji. It looks like he has quite a few sisters too. 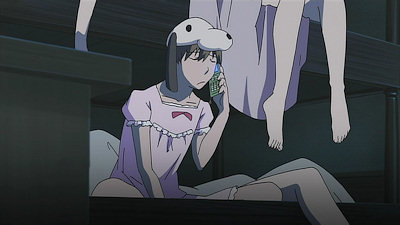 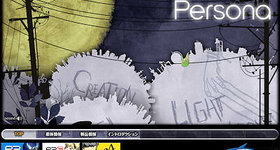 In case the Persona fans amongst you don't know already, the official website for... 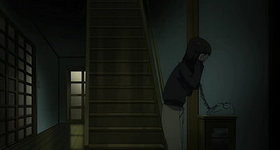 Episode 6 Summary "Here's a good method of forgetting your troubles. How about...