Persona Revelations Gets A Remake for PSP

And Atlus finally reveals what their Persona PSP title is. It's going to be a remake of the first Persona, "Revelations" that was developed for the PSX 13 years ago in 1996. This remake due on April 29th will be directed by Shoji Meguro who will also be responsible for renewing the soundtrack. He was responsible for the Velvet Room theme song, "A Poem for Everyone's Soul" in the original game. Pre-orders will be able to get a hold of it for free as a bonus.

Kazuma Kaneko will of course, be the one responsible for the art direction. 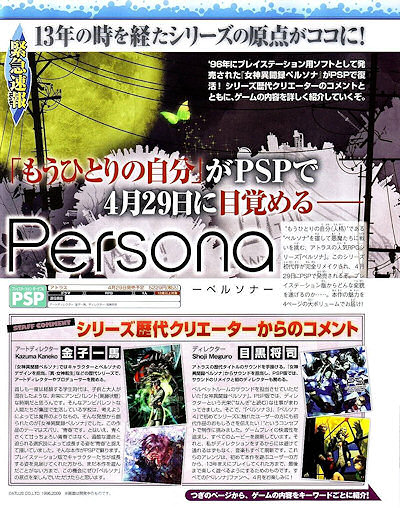 The story tells of a nameless male student from St. Hermelin High School who one day, performs a "Persona" ceremony with his friends and finds various changes occurring all over the city. There is a strike of lightning and "Devils" appear to attack humans. Finding their powers to summon Personas had awoken, they decide to fight.

New cutscenes produced by Kamikaze Douga (Final Fantasy Tactics, Hotel Dusk, Castlevania Portrait of Ruin, Fragile) will also be added to assist the story telling. Wondering what the butterfly symbolises? The Persona Club P3 Book says it's based on a Chinese philosopher's story of the "Butterfly Dream".

To make the game more convenient on the portable console the gameplay will be rebalanced, more save points are added and players can choose from three game difficulties. Battles occur SRPG style when players encounter enemies while exploring dungeons. 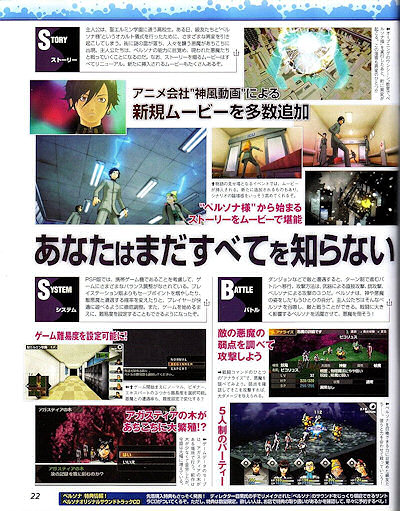 And of course, the trademark Personas and Fusion system will be present. 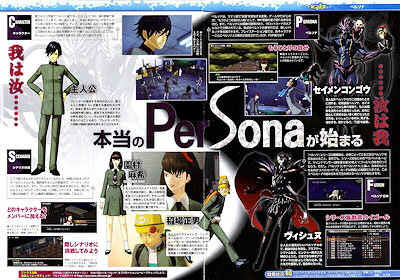 I was hoping for a brand new original title but, oh well. I've never played this one anyway. Actually after playing through Devil Survivor, I'm pretty bored playing as a highschool student. Would like to see a new MegaTen game instead now so that they go back to the adult cast. 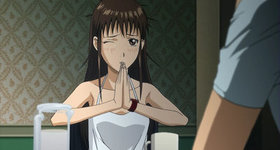 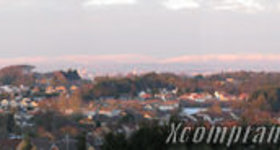 Took this photo yesterday, a day after the snow blizzards at the same place on top of a...

13 Apr 2009, 1:50:31 am
^Har har. So you caught that? Most of the enemies in SMT games end up being older farts, but the cast itself for many of the games consists of the main characters who usually end up in the typical age group for Japanese RPGs (thus my reaction to the last comment in the blog entry). The exceptions were, of course, the detective from Devil Summoner Soul Hacker, some of the main cast from NINE, some of the cast (but not the setting) of the second act of P2, and the odd "old man in a wheel chair" here and there. DDS, though, I am hard pressed to call them adults or children, since, technically, they're neither...

12 Apr 2009, 3:57:21 pm
mind if I interrupt? ;;
hmm~
P2:EP has Maya as the mc which is an adult o_o
In fact P2:EP involve lotsa adults even the team members are adults except for Tatsuya
Same goes for DDS o_o;;
To me Serph doesn't look like a HS student at all *so does everyone*
Serph IS a researcher before he died ;;;

12 Apr 2009, 12:00:40 pm
*Shrugs* I just remember in SMT Devil Summoner you can choose to be a young student or working adult and, all the mysterious characters that appeared ended up being adults too.

I'm not that familiar with MegaTen lore though so thanks for the enlightenment ;)

12 Apr 2009, 10:46:39 am
You're kidding, right? Since when has SMT had an adult cast. The main character has ALWAYS been a high school student. What seperates SMT1, 2, 3, P1, P2, Devil Summoner, and DDS from P3, P4, and Devil Survivor is the art direction and the script writing. To put it simply, the older art style was unique and jarring, while the new art direction is generally lighter and carries less weight. Likewise, the script for the past games didn't play around. Sh*t was hitting the fan every minute of gameplay. Even the old Persona games didn't use conventional anime tropes to fuel itself like P3, P4, and Devil Survivor did. The only constant were the amazingly versatile demon designs that carried over throughout the series, but especially from SMT3.

5 Feb 2009, 3:26:32 pm
@Patto
Don't see why not when the PSX version was brought over. The question I think is, will they keep the translation closer to the original this time?

@Silver
No, it's an advert for the new P3 Pachinko machine from Taiyo Elec out this year sometime this month. A kind of cross between pinball and jackpot machines. It's not uncommon for popular Anime and games to be turned into Pachinko machines this way.

Still, good to hear Yumi Kawamura singing a new song, "Owaranai Yoru (終わらない夜)"... Or at least I'm assuming it's her!