Episode 4
A Close Call for Shouko!

It was Sunday and the Rideback Club was on. Rin had left her EW Band on the table in case she forgot about it and takes it away when Shouko brings in some snacks. It seems Rin had forgotten about the big sales today but Shouko didn't mind. She was glad Rin managed to find something she could follow like a dream again. 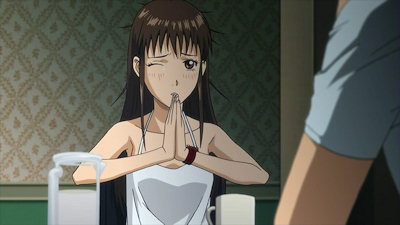 Arriving at the Rideback Club, Rin and Uchida is disappointed to find out that both Balon and Fuego had to be taken away for maintenance so the club activities were going to have to be cancelled for the day. Hishida offers to leave Fuego behind for Rin but she'd rather Fuego was looked at. She asks for a lift into the city so that she could go shopping with Shouko. Uchida enthusiastically asks to tag along.

As they made their way there, Rin gives Shouko a call to let her know but soon find themselves caught in a traffic jam. They find out there was a GGP conference, letting the press know about the White Ridebacks they were bringing into the police force from the Hesner Company. It was also the day Romanof becomes the new Commanding Officer in the area. All vehicles had to get checked. Rin gives Shouko another call to let her know and gets teased that she'll be waiting while eating some lovely snacks. She laughs when Rin begs her to wait for them and say she'll be at the cafe. 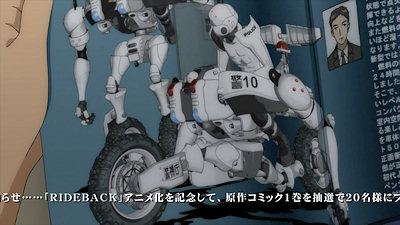 Suddenly, Shouko hears a loud noise. A large pile of rubble collapses behind her and there is a burst of dust blinding her followed by loud gunfire. She turns round to find a group of masked men holding machine guns. 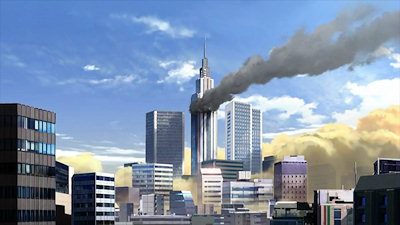 Rin desperately calls out to Shouko over the phone and calling her but doesn't manage to get through. Hishida notices some smoke in the distance at the TV Tower where Shouko was near. They find out on the news there was a BMA terrorist attack. They were not satisfied Romanof was going to be leading the forces in the area and, demands he is not allowed to be gain his new post and were permitted a public audience with him in exchange for the safety of the hostages. Unable to get through to Shouko, Rin rushes to unload Fuego off the truck and takes off on it despite the Hishida and Kawai trying to stop her. 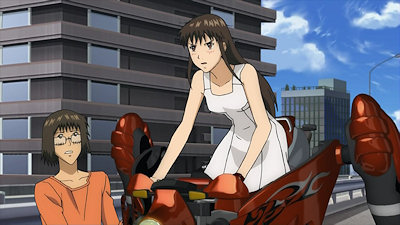 Meanwhile, Shouko had managed to hide herself and barely just escapes from being found. She finally gets through to Rin and lets her know her location. Rin is stopped by the GGP Army and desperately tries to explain her situation but they wouldn't listen. Fortunately, an explosion gives enough distraction for her to pass through just when she catches sight of Shouko running by a window. 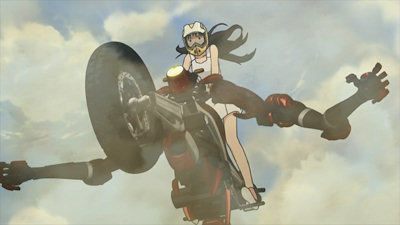 She leaps over the soldiers and crashes through the glass shouting out Shouko's name. The building was filled with tear gas but Shouko manages to call out to her. Rin races pass her without stopping, grabbing her using one of Fuego's arms. Shouko was very glad to see her. As they stop in the main hall, Shouko hops onto Fuego's main body behind Rin but they are held at gunpoint by the BMA. Just then, an armoured GGP unit bursts through and fires at the terrorists giving Rin a chance to escape but they are shot at too! 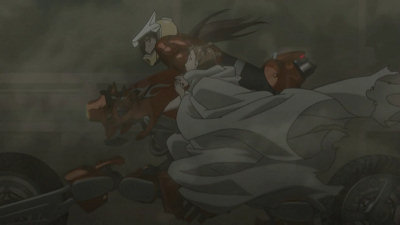 Rin races up the stairs and crashes through the window leaping through the air once again. She gazes down as they fly over the large number of GGP soldiers below. They shoot, treating her as an escaped terrorist. Racing on, Rin shields themselves using Fuego's arm. They are soon surrounded but fortunately for them, a member of the BMA with long silver hair fires a rocket and brings down the helicopter pursuing them. Rin leaps off the bridge with the rocket just skimming past her and Shouko. 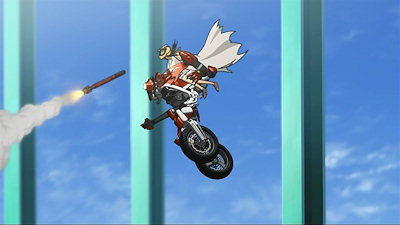 She drives off into under the bridge where the man had disappeared and lets Shouko know they were safe. Shouko was asleep from exhaustion. The man who had fired the rocket earlier catches up with her and notices the make of her Rideback, Fuego. It was tuned so that only certain people could ride it and it appears Rin has been chosen. The man leaves telling her to go. 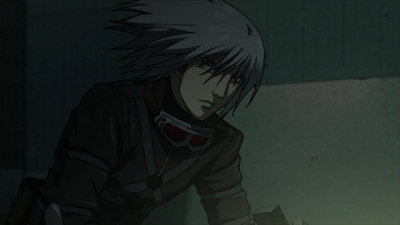 It was late evening by the time Rin returned to the others and the rest of the five terrorists were killed. Romanof gives his condolences to the deceased while claiming he will root out the BMA so that such an attack will never happen again. Hishida covered up the bullet hole ridden Fuego and not a word was exchanged between the friends. Shouko was fast asleep on Rin's shoulder while she was staring at her bracelet. What was that light she saw when she was driving the Fuego? 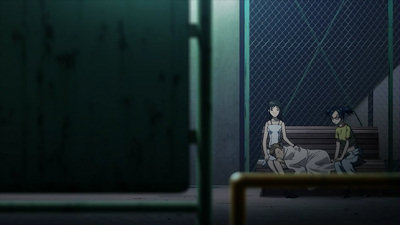 Phew! Quite a breathe taking episode if you ignore the fact that so many trained soldiers can't hit their targets. Rin being shot at going up the stairs, flying over the soldiers, sliding under the truck and skimming past that rocket - Plenty of action! I guess this is where she starts to join the BMA resistance now that she maybe treated as a terrorist.

Well, we now know a little more about why Fuego's tuned that way - To find the right rider. 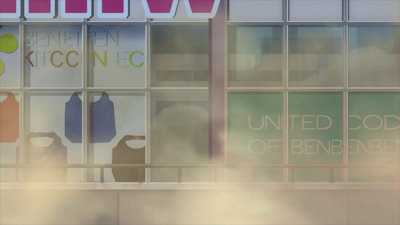 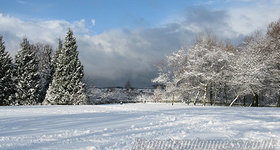 Looks like the east of UK has been receiving some heavy snow - the heaviest in 18... 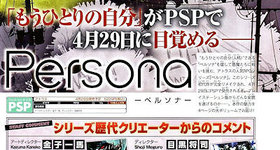 And Atlus finally reveals what their Persona PSP title is. It's going to be a remake...