Episode 4 Summary
"There are times when it feels like we understand each other beyond our imagination.
But there are many occasions when it's also the opposite."

It was just past five in the morning, November 8th Saturday. Touya gets a call from Rina letting him know to come earlier to the station that morning. Yuki couldn't phone him herself because she was busy recording. Sleepily, Touya acknowledges her saying he'll try to get to Yunagi Station at ten instead of eleven before slumping back to sleep. 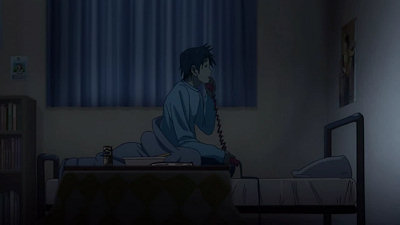 A few hours later, Yuki phones to tell him to wait at Hotarugasaki Station's ticket booth at eleven. It was close to ten before he left the apartment and just manages to catch the train. As he gets on, he wonders why Rina told him to get to Yunagi at ten. Sitting there on the train, he thinks through all the "goddesses" he has met so far and wonders why he was hanging out with them. He tells himself he was repaying them for their help. Then he thought of the more recent goddess, Rina. He wonders why she was doing so much for him. So much that they're spending more time together than he is with Yuki. Yuki wasn't going to make it today because of a lesson but thanks to Rina's help, she could get her day off after all. Did she had feelings for him? He has the feeling they understand each other more than he imagines but then again, there were also many times they didn't. 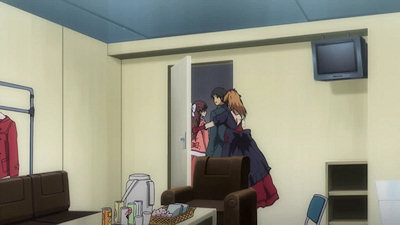 He soon snaps out of his thoughts just in time to get off the train but doesn't recognise the area and goes around looking for the ticket booth. Backing off a bit from some signs, he accidentally knocks over a girl rushing off to school. The girl picks herself up, brushing off her bag and was about to walk off when her face lit up with a mix of confusion and delight as she recognised Touya. Touya on the other hand didn't seem to recognise her. Taking the opportunity, he tries to ask her to give him some directions but is mistaken to have other motives. The girl cries out that a pervert was after her, forcing Touya to quieten her down by covering her mouth. 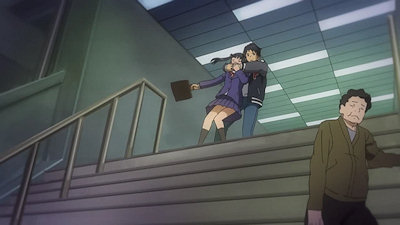 Settling down as they reach Hotarugasaki Station where he and Yuki had agreed to meet, Touya begins to wonder if he should be at Yunagi Station when he doesn't see her. He offers the girl some ice cream and asks if they could split up and wait at each of the stations. Of course, the girl thought it was a stupid request. She didn't know what his girlfriend looked like anyway. She found it even more ridiculous when he claims his girlfriend was the idol Yuki Morikawa. 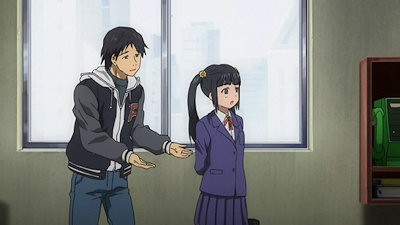 Seeing that Yuki wasn't arriving, the girl suggests he goes wait at Hotarugasaki High School instead. Touya agrees and decides the girl was his goddess of the day being so helpful. She had claimed to be a student at the school but really wasn't. Just before she took the bus back, she hopes Touya meets her girlfriend for the day. As Touya waited by the school days he thinks back to the time how they met when he accidentally touched her hand outside the lockers. It was then that Yuki took the initiative to invite him to walk home together. She didn't become his goddess. She just became an everyday someone he was with. 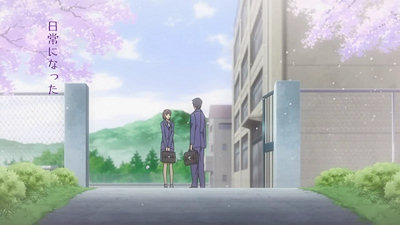 As he takes a walk around the school he thinks back to Rina's words and how happy she was when he called her "Rina-chan". She was probably just playing around. Then he suddenly realises Yuki could be waiting at Yunagi Station and immediately rushes off there. Rina had been waiting for him there hoping to borrow him for a bit before his little date with Yuki but, was gone by the time Touya arrived there.

After travelling back and forth between stations, it was evening. Touya was just about to give up but leaving Yunagi Station, he comes across Yuki coming out of a telephone booth. Neither of them knew they had passed each other several times during the day but they were glad they could finally meet. She thought he had gone home. Touya steps forward to hold Yuki tightly and she tells him to listen. She was going to release her first single, her debut single. Eiji Ogata had composed it for her. A calm, slightly sad song but one that also made her full of energy and want to sing it. She had wanted to become a singer since highschool and when Rina had stopped her at Echoes, that was the first half of the secret she wanted to tell him. Touya congratulates her. 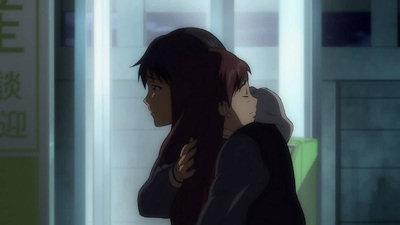 Fortunately for them, Rina was forcing her brother to let her use up all of Yuki's lesson time that evening. They were going to visit the high school but decided it was too late to do that. Touya invites Yuki over to his apartment for the night and was surprised that she didn't know where his home was. The same could be said about him when Yuki invites him to walk her home. It was then he realised they didn't really know anything about each other. Not even how he was forced to move out during his exams after his mother had passed away. 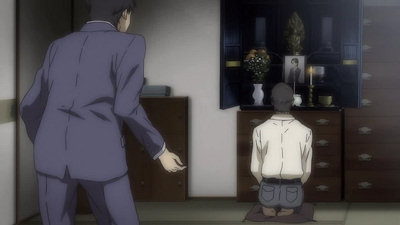 As they walked, Yuki explains she had told Rina how Touya was always late and it was her idea to make him think they were to meet earlier so that they would meet at just the right time. They start to wonder if they were just dreaming. Arriving outside, Touya was impressed at the new place she stayed in. Ogata was renting the place for her so that she didn't have to travel far to the studio everyday. Touya wonders if Ogata ever dropped by her place but Yuki shakes her head. They also remember they used to run around with Haruka a lot in this area. Again, Touya realises he didn't have many good memories together with Yuki.

Just as Touya was about to leave, Yuki invites him up to her place. She felt it was her fault they didn't have many good memories together and claims she didn't have much time left. They may never have another chance later. She really wanted to know Touya's feelings for her, so that she won't just dream about them. She wanted to never forget them all. 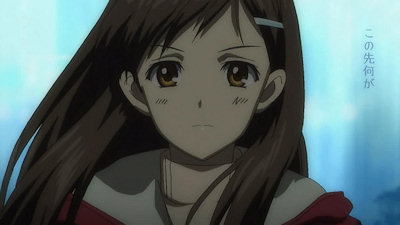 Touya starts to wonder what she was rushing for and if something was going to happen soon. Entering Yuki's home, they embrace tightly and kiss before Yuki goes to take a shower. Touya sits on her bed waiting, looking as if he was deep in thought. 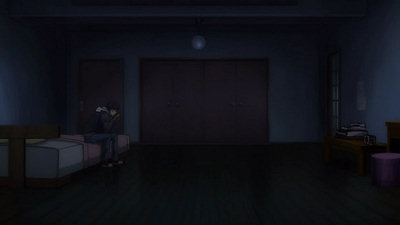 What a twist of fate passing each other like that but it always seems to happen in dramas. Rina is clearly up to something like Touya realises himself. What exactly was she planning when she tried to "borrow" Touya an hour before his date with Rina? She tries so much to bring them together and it ends up that she and Touya are spending more time together.

Well anyway, looks like Yuki's about to make one last move to keep Touya before she debuts as a popular idol singer. The next half of the secret will probably be they can't be together any more as she pursues her dream but, I wonder if she will tell him after their little night together. Or maybe Touya decides he doesn't really love her enough to go through with it after those thoughts he went through during the day. The drama edges closer.

I'm pretty sure that girl at the station was Mana Midzuki, the student he was supposed to tutor. I found her character pretty annoying, though. What is it with the writers making characters repeating the same lines? I'm surprised no one was there to do anything when Touya clamped her mouth shut!

I'm thinking all those scenes presented in a colour pencil style are highlighted for some big event later or something.

On another note, I keep calling this show "white balance" for some reason... Probably because I've been reading so much about photography lately. 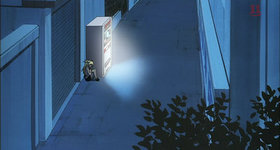 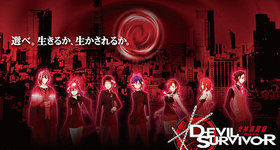 And here is the mysterious "MegaTen DS" game that Atlus had revealed as part of its DS...