And here is the mysterious "MegaTen DS" game that Atlus had revealed as part of its DS line up four years ago, Devil Survivor. Another spin-off title from their MegaTen series but also unrelated to the Persona series. 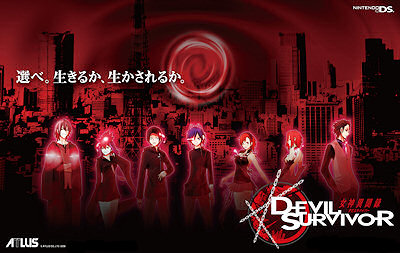 It is the middle of the summer holidays in August. Your cousin Naoya has invited you and your friends Yuzu and Atsurou for a day out to Shibuya 901 to hang out. However upon arriving, you find out he can't make it but has asked Yuzu to give out machines that resemble a Nintendo DS called a "Communication Player" or "Comp" for short. After hacking open the protection on it, they find themselves having the ability to see how long others have to live and receive strange emails foretelling future incidents that will happen in the city. Hours later, the city is quarantined. All communications and power are cut off and monsters are appearing everywhere. With your new power to summon "Devils", you are determined to survive and change fate before the seven days are up.

First of all, good on Atlus for making use of the touchscreen to enter a name. There's so many games (including Nintendo's own) that fail to implement such a simple input system.

The game itself feels very much like the old MegaTen series instead of the more recent Persona titles. You don't walk around locations freely and instead, there are multi choices to pick from to move around, taking part in dialogues. You can think of it as a visual novel similar to the Ace Attorney series of games but the story and dialogue is multi-branching. There's a lot more choices to make than in the PS2 Persona games and there are even emails that you have to respond to. A list of actions letting you know what can be done at that place such as battles and if are there any events that will take up time. Unfortunately, there aren't a great variety of maps to level up in but, the rest of the system gives a very good immersive experience into the game's world and really feels like you're speaking with the characters, offering side quests if you speak to the right people.

Battles are played out like an SRPG or Mistwalker's ASH but without some of the genre's complexities. You don't have to worry about the direction your unit's facing or height advantages. It's a very simple system that concentrates on rewarding the user mostly. Each unit on the map represents a team of three and when you engage in battle with any of these units, defeating the leader in the centre defeats the entire unit so you have the option of taking out the team quickly or, taking out the left and right ones first to earn more experience points. Fighting well such as not being hit at all or exploiting enemy weaknesses earns extra Maccas but this can also have the opposite effect. A great little addition that rewards the better tacticians amongst us.

Forming teams with the "Devils", the old name the Japanese used to refer to spirits, you can customise all the skills that each of your human party members possess. And as you would expect, the enemies all have different weaknesses that can be exploited for extra turns. Anyone who has played previous MegaTen games will recognise the skill names and be very familiar with the Devils but for those that haven't, you'll most likely be spending time learning what names such as "Geo" and "Zan" means. On the bright side, unlike the Persona games, it actually tells you their weaknesses without having to test or know beforehand.

As with all SRPGs, it has a few varying objectives besides just destroying the foes such as keeping an NPC alive during battles. However, what makes DS stand out is a feature called "Skill Crack" which allows you to assign one of your team members to defeat an enemy before a mission starts so that you can learn their skill. The catch is, you must defeat the enemy using that specific team member or you won't learn their skill. This can make levels harder than they are because you need to plan further but rewards you with some rare skills during the main battles and offers a greater degree of customisation as well as an optional challenge.

And of course, we can't forget fusing Devils together which has appeared in all MegaTen games, allowing you to create the ultimate Devil by merging and inheriting skills. The good thing is that instead of just letting you experiment with all the combinations, there is a search feature now so that you know what you need to fuse something new. The customisation possibilities are pretty much endless with such a wide selection of skills to mix.

The other fun feature is the use of the "Devil Auction" to obtain any Devils you've come across in battles. If you've used an online auction such as Ebay before, it works similarly here too only you can tell what your other bidders are thinking by looking at their emoticons. There's an "Instant Buy" price where you can pay the asked price or, go for a bidding session which lasts for five seconds and each time you want to make a bid, the timer pauses for you to put one in. The game automatically increments your bids by a hundred Maccas which is the currency of the game. If you don't win within that time limit, everyone makes one final bid and whoever bids the highest wins. It even features scams such as giving you another Devil instead of the one you were bidding for!

Loading up the game, you'll find there's no opening cutscene even though it's very common with games these days. Instead, the cutscenes mostly resemble slideshows not unlike SE's "The World Ends with You". Oddly enough, Atlus seems to have outsourced some of the work to external developers namely the music and character designs.

Character designs are handled by Suzuhito Yasuda, the artist behind the Yozakura Quartet Manga. They aren't quite as dark as the recent Persona 4 but they are pale enough to match the story's settings. There is very little use of 3D graphics but, the 2D pixel art remain a fairly high standard. The game mainly depends on the portraits so you won't see any character models performing attack animations. Very much the same way the MegaTen games have always been done. Kaneko's "Devil" designs may have been used since the beginning of the MegaTen series which is over twenty years now but they still look creatively great.

There are lots of familiar locations from around Tokyo including the Otaku heaven Akihabara and busy streets of Shibuya. Music on the other hand is mostly rock and it appears Atlus has chosen "Godiego" although it is still under their supervision. You'll probably notice some of the sound effects are similar to the Trauma Centre series. The tracks aren't too bad but I can't say they make an impression either. There's no voice acting and there isn't a great deal of different battle themes.

While the overall "outdated" presentation of Devil Survivor may make the SRPG look like it was on a tight budget, it doesn't deduct from the gameplay experience as long as you don't mind not having any 3D eye candy. The recent Persona titles made you feel like you were part of a real living world by simulating a highschool life but, this gives you an even more personal touch as you speak with characters and pick your answers during dialogues.

And as with other Atlus games such as Trauma Centre, there are some thought provoking lines such as do entertainment such as songs and movies give people hope when they are down and, are we all becoming too reliant on technology? It's just a pity the game only has one save file when there's so many branches of the story you can see. It's going to take you beyond forty hours to view all the endings I'm sure. Just don't expect a high school sim part where you raise parameters and friendship levels. 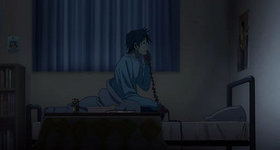 Episode 4 Summary"There are times when it feels like we understand each other... 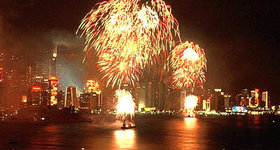 17 Feb 2009, 7:56:26 pm
hmm i see. Do you just deploy the human characters and they call the demons when attacking? or do you deploy both? sorry for the inquiries i just can't seem to find much about the game play of this game

17 Feb 2009, 1:24:13 pm
There's no equipment but there is a large list of skills such as magical, physical and support based that you can assign to characters as long as they have the right stats. Each skill can only be assigned to one character at any one time.

And I think there's over ten characters you can choose to have on your team but depends on the decisions you make while playing the game. That's basically including all the characters in the wallpaper besides Haru, the second girl to the right.

17 Feb 2009, 9:04:32 am
how much customization is there for each usable character? Like skills, do you have to equip anything, etc... actually how many usuable chars are there?

Then half way through the game, I think there's one more bad ending and a story branch that decides who you get to keep in the party.