Episode 2 Summary
"Do you believe in encounters that were setup a long time ago?"

Yuki had hung up on Touya with Rina next to her. It was soon time for her to meet the president to discuss some important matters and Yuki's manager Yayoi was going to take her away but, Rina manages to negotiate with her to give Yuki an extra ten minutes before going. 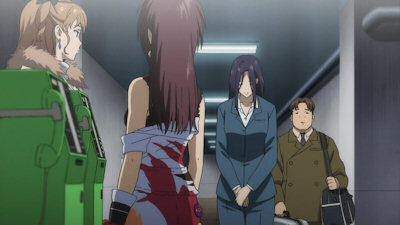 Meanwhile, Haruka was outside Touya's apartment waiting for him to go out on a walk with her. He knew it wasn't Yuki that was there yet, he goes to answer and then closes the door on her. A moment later, he opens again and finds her still outside, sitting on the stairs with a hot drink in her hand. Giving in, Touya goes out with her only to find himself jogging while she was riding her bike. Together they sit down on the grass under the night sky. Haruka sits down and leans back on Touya. He tells her to keep still and not to turn round. He thought to himself it was Yuki's place she was sitting in after all. 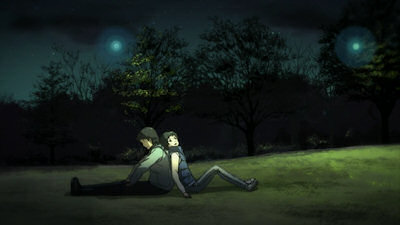 Later, it was time for Touya to go to work at the coffee lounge. He gets a surprise visit from Akira who was making some cheese cake again. Touya laughs as he tells the manager how he had got into trouble at school. Akira used to try and sneakily learn how to bake them when he learned that Misaki liked that kind of desert. In the end he was allowed to use the lounge instead and Touya became his first guinea pig to taste it. He goes onto asking when he's going to tell Misaki the truth and that it wasn't the manager who was making it. Akira talks to him but he really wanted him to shut up. When asked why he didn't give the cakes to Misaki, he answers she had taken the day off but didn't know why.

Not long afterwards, two tightly wrapped up girls appear. Both Touya and Akira recognised Yuki but didn't know who the other was. To Touya's surprise, it was the idol Rina. Yuki didn't manage to stay for long. Only long enough for her to finish a piece of the cheese cake and moan about how their diet was going to go down the drain. Rina liked it and said she'll have it again the next time she comes. Unfortunately for her, she didn't know it was a special menu tonight. 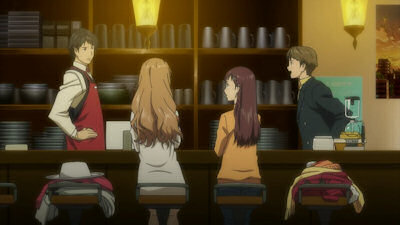 After Yuki leaves with little attention to her boyfriend despite Rina's hint, Akira leaves Risa and Touya to chat. He chuckles at how nervous Touya was before another one of her "goddesses". Touya seemed to believe to every part of him was made by a goddess's caprice which even Yuki doesn't understand. Akira doesn't notice Rina slipping a note to him in the R. Browning book asking for his number which he did. Her brother arrives soon after and she gets a lift to go to the studio. Leaving through the door, she gives Touya a teasing look before closing it. 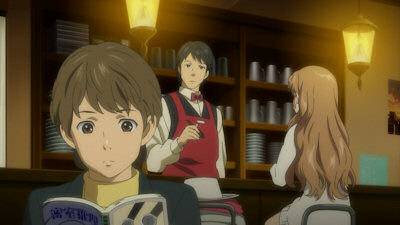 On the way back home, Touya drops by a phone booth to call Misaki after hearing she wasn't well from Akira. They chat for a little while and could hear Misaki's coughing. Finishing off by making sure she rested up well and hoping she gets well soon, Touya returns home to find a large box of instant food outside his door. His father must have left it for him. He decides to throw it away and returns just in time to answer the phone. He had been waiting... But who had he been waiting for? Answering the call, he found it was Risa calling. 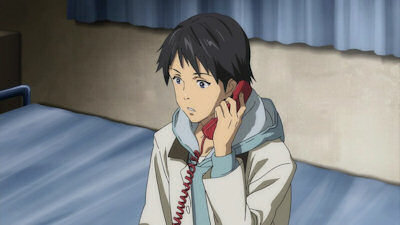 We can see Touya's really starting to feel the loneliness now that he's trying to get along with other girls to replace the times he usually spends with Yuki. I think what makes it worse is, she doesn't even realise the attention he seeks from her and towards the end of the episode even Touya himself starts to wonder who is he waiting for. This isn't going to turn out good with Rina's sneaky move on Touya unless Akira asks what he was writing to her and Touya is honest about what happened. Even the other girls are showing affection for him.

I liked the touch where we saw the Eiji's home from Yuki's perspective to show how nervous she was. 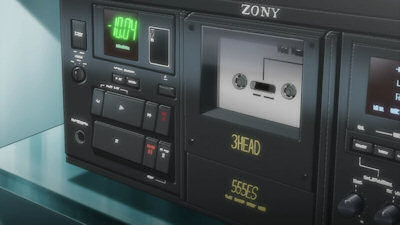 I keep thinking Aya's doing Rina's voice and Nana's doing Yuki's voice. They really do have some talent but, I really hope I don't end up hearing their voice everywhere like Fukuyama. Then again, it wouldn't be so bad if their voices are different as this. 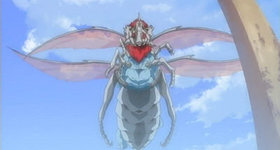 Chrome Shelled Regios Episode 1 The City with a Conscious After a quick flashback... 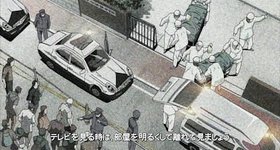