Only One Version of Persona 4 Says Atlus

I think Atlus announced this because some fans and gamers are wary enough to hold out, just in case there was another expanded "FES" version, which would have meant less sales. So... Buy assured now?

IRVINE, Calif. - November 6, 2008
Atlus U.S.A., Inc. today announced to eager fans awaiting the release of the upcoming RPG epic Persona 4 that there will in fact be no enhanced or expanded version of the game released, as was the case with the game’s predecessor, Persona 3.

This groundbreaking preemptive anti-announcement puts to rest concerns among many Atlus devotees that an improved version would be announced and released shortly following the release of Persona 4.

And a reminder of the bonus goodies you guys will be getting as well as the "expansion pack" and, they're not postcards, a wallscroll or any of the other goodies the Japanese got.

Persona 4 will release for PlayStation®2 computer entertainment system on December 9, 2008. Each and every copy of the game will include Side A of the Persona 4 soundtrack for free, which features the work of famed composer Shoji Meguro. Fans who pre-order from select retailers will also receive Persona 4: Visual Data, a 100-page, full-color art book loaded with designs from master artist Shigenori Soejima (at GameStop, Amazon.com, EB Games (Canada), Game Crazy, and other fine retailers, while supplies last).

In addition, hardcore fans can pick up the Persona 4 Social Link Expansion Pack (exclusively at Amazon.com), a bundle of rare North American-exclusive goodies unavailable anywhere else, like the Teddie plushie, 2009 Calendar, Side B disc of the P4 soundtrack, and more!

Hmmm yes, the "famed" Shoji Meguro... Amongst the Atlus game fans anyway! Now when are they going to release that Persona Music Live DVD? 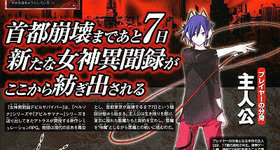 Atlus has finally revealed the game they setup a teaser site for and it's the New... 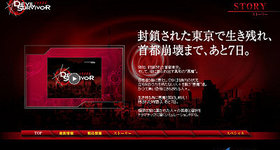 Atlus' Devil Survivor site is now officially open with a wallpaper and a video to...

And yes, I've posted about the other goodies. Still no news of the DVD yet, though.