Big Rumours on the Third Version of the Nintendo DS

Rumours continue about the third version of the DS only this time, ones that Nintendo had to step forward and dismiss.

Japanese newspaper Nikkei claims they are working on a new Nintendo DS that will have the following new features:

All I'm really interested in is WPA support because it's annoying switching to WEP all the time just to game online with the DS. If true though, this takes away one of the selling points for their recently released Wi-Fi Network Adaptor that can run in duo mode...

So, anyone thinks these will really be the new features of the third DS? I say it's possible besides the memory cards and bigger screens because the resolution of the DS games are too small for anything bigger than the current ones. Even if they bump up the resolution, it means developers will have less space to fit other content on the game cartridges and, I don't think the DS' hardware can't handle any higher quality graphics than the current offerings to be honest. 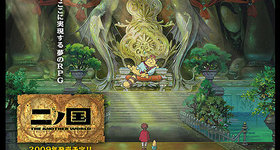 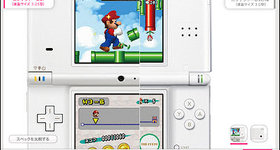 That article in the Nikkei newspaper wasn't just rumours after all. At their autumn...

1 Oct 2008, 12:54:52 am
The camera and music player functions just seem too damn gimmicky to warrant a completely new upgrade.

I'm all for the SD slot and stronger wifi, but I really hoped Nintendo would do something with the DS processing power. That would be a definite selling point to me.