Studio Ghibli and Level 5 Team Up for 10th Anniversary

To commemorate their 10th anniversary Level 5, the company behind the riddle solving Professor Layton series, is teaming up with Studio Ghibli to create their next game for the DS, Ni no Kuni otherwise known as "The Another World". Level 5 will be responsible for the game itself while Ghibli will be responsible for the animation and Joe Hisaishi (who composed for "Laputa Castle in the Sky") for the music.

Due sometime in 2009 next year, TAW tells of a thirteen year old boy who travels to Ni no Kuni, another world different to his own where he tries to find a way to save his mother from her death. This RPG will come with an actual handbook known as the "Magic Master", a replica of the very same book that the protagonist carries with him during his travels, filled with information and magical crests that the player will be able to draw on the DS to actually use and solve mysteries.

Check out Game Watch for a bundle of screenshots and photos. Going to be interesting to see how this title turns out. Still to watch Ghibli's "Ponyo"! 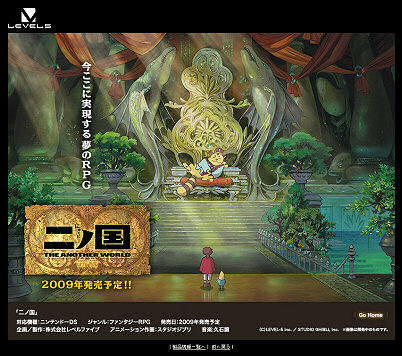 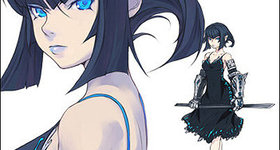 A teaser of Fantasy Golf Pangya Portable due for Korea sometime this year was... 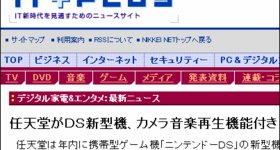 Rumours continue about the third version of the DS only this time, ones that...

29 Sep 2008, 3:35:39 pm
Whoa. This looks awesome! I really hope this gets an english release. And to be honest i'm not a great gaming fan, yet alone puzzle games. But this has definately interested me!!