Still haven't bought yourself a wireless router to get your consoles online? Then maybe you'll consider a Nintendo branded "Wi-Fi Network Adaptor" due out September 18th at 5800 Yen (US$54), only via their online store.

Just like Nintendo's USB adaptor, it supports Buffalo's AOSS technology, allowing users to connect devices to the the router with the simple touch of a button.

Wireless security wise, you have your standard WEP, WPA, WPA2 etc. The interesting thing is, the router can run in both WEP and WPA mode simultaneously so that your Wii can keep the stronger WPA security setting while your DS, which only has support for the weaker WEP security setting, can still connect.

I can understand why they would let users have both WEP and WPA on because of the DS but, any computing enthusiast will know WEP can be cracked in a matter of minutes so, this can prove to be a quite a security flaw with this "adaptor". With the right tools, one can gain access to the router via WEP and have free access to the internet. Then depending on their skills, they can scan the victim's network for vulnerabilities to gain access to files, take control of computers or just use the victim's internet connection for malicious purposes.

So maybe this isn't the best choice for going wireless after all... Besides, it only has one LAN port for a wired connection and you have to buy a separate internet modem to go online if you don't have one already. Might as well go for something else. Maybe something like the Netgear DG834G.

Nintendo should really have added WPA support when they released the DS Lite. Hopefully the rumoured third revision will have it. 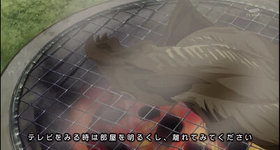 Episode 8 Summary - Mages Oh no! There's an emergency! Time to let the magic kick in... 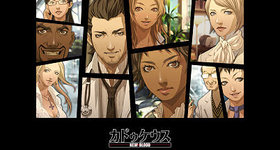