Oh no! There's an emergency!
Time to let the magic kick in! Good luck! - Rikiya

Another peaceful morning in Shimokitazawa. Gouta was making breakfast and Sora was helping him prepare the tofu but ends up shattering one to pieces. Gouta laughs at her and teases her, calling her clumsy. As the instructors and students sat together, both Seiichirou and Saori enjoyed the way Gouta grilled the fish. Sora really liked the fish and Gouta explains the meat is very tender when it's just been baked. Saori suggests he prepares tomorrow's breakfast too and he was more than willing to as long as it was fish. They were all very glad that Sora was back to good health. She blushes as Gouta says so too. 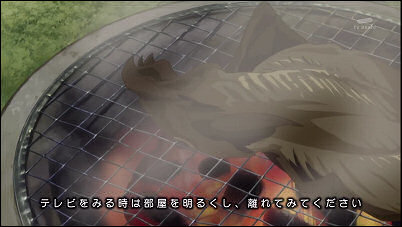 Arriving at school, Kuroda was no where to be seen. Asagi comments it's not easy to accept one's own failure but Yamabuki believes he will be back. Sitting at his own place reading over his guide to magic as usual, Gouta chips in to describe life was like a marathon. One shouldn't rush too fast. Asagi agrees. The friends discussion is interrupted as Kawada enters the room and begins the lecture for the day, giving some case studies of past requests. Gouta whispers, smiling to Yamabuki that he just copied what Fuune had said to him before.

Suddenly, Morishita bursts into the classroom. Stuttering to speak, he pulls out an emergency request from Kujuukuri, Chiba. A large number of dolphins had been washed ashore along the coast and thus the Magic Bureau was allowing all trainees to go along to help too. It was going to be good experience for them, teaming up together and using multiple spells at once. 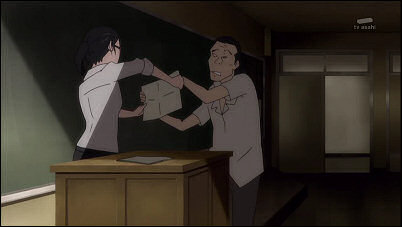 After getting a copy of the map, everyone makes their way out but Sora is stopped. Kawada wonders if she was feeling better and tells her not to push herself too hard. She lets her know that the staff had high hopes for her and that they will be watching over her.

Phoning their instructors to let them know, they take Asagi's advice and take the train to there. Morishita was coming along to monitor their progress but, it seems he wasn't very good at handling emergencies. Apart from Sora, they were all worried whether they will be able to help or not. She tries to lighten them up saying all they have to do is look how others do it and learn from them if they get stuck. 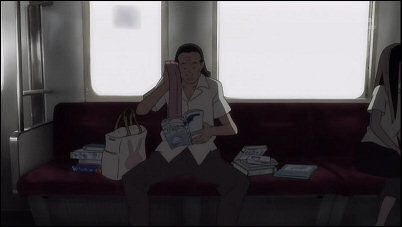 They go onto talk about their dreams. Asagi reveals she knows what Kuroda's dream was and that was to join the National Defence Force because he thought their technology was ten years behind the rest of the world. She then talks about how she wants to be a diplomat to help build up Japan's relationship with the rest of Asia because she thought the country was weak on that side of things.

Sora just wanted to become a mage and Yamabuki wanted to open up her own office for magic in Nagasaki. Gouta on the other hand, wanted to become a professional surfer so that he can surf around the seas of the world. Hearing this, Asagi uses a pun with the word "wave" and the friends burst out laughing. It had the same pronunciation as "average" so Asagi joked how he had an "average" dream. 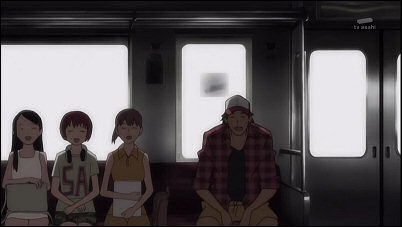 Arriving at Kujuukuri station, the friends take a taxi off to the shore while Morishita panicks with the map and tries to get directions. It was another nine kilometres to the coast. Everyone knew about the stranded dolphins now on the news. Over a hundred of them had been washed ashore which was why the rescue team and volunteers needed help. The taxi driver wishes them good luck and hopes all the dolphins can be saved in time.

After identifying themselves to the rescue crew, the friends are given instructions left by the magic bureau on how to go about the operation. They had to envelope the dolphin in a bubble of sea water first before lifting them into the air and sending them back out to sea. Spreading out and finding the dolphins they needed to help, Yamabuki felt like crying feeling very sorry for the dolphins but, Asagi tells her to hold them for later. She can cry tears of joy after helping the dolphins. 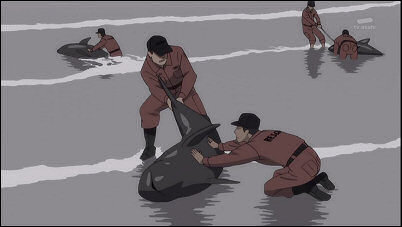 Being the first to run out to a dolphin, Asagi extends her hands and begins to cast her magic. Despite her best efforts, she couldn't lift the dolphin and keep the sea water around it. Using multiple spells together simulatenously was tough. Suddenly, she hears a familiar voice telling her to imagine wrapping a piece of paper around the dolphin. It works and Asagi looks round, surprised to find Kuroda next to her. He explains he saw the news and decided to come too. Asagi was happy to see him, almost in tears but manages to concentrate and return the dolphin out to sea.

Things weren't going well for Yamabuki either until Sora tells her to take a deep breathe and loosen up. It then that she manages to send a large number of dolphins back to the sea simultaneously. Gouta too was having trouble. He couldn't even get the water around the dolphin. He gives up and goes inside the tent and finds himself greeted by an old lady who hands him a rice ball to recover his strength. He smiles, thanking her and returns outside. 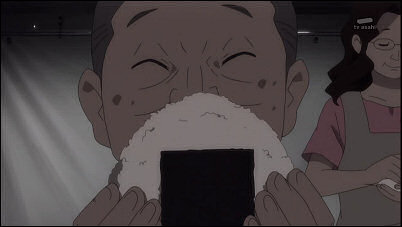 Back outside, Gouta tries to concentrate once again but fails. To make things worst, someone shouts at him to leave the area thinking he wasn't one of the rescue team and wasn't helping. Rain begins to pour. Just as he was about to give up again, Sora shouts at him wondering if he really was a man. She changes tone and says that he can do it, puting a hand on his encouraging him, letting him know she will help. Together they manage to lifting up even more dolphins than Yamabuki did. While Gouta held the dolphins in the air, Sora slowly backs away saying he had done it. He could finally use magic. 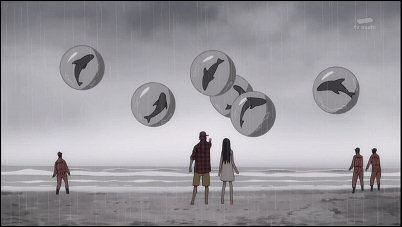 The rescue operation was soon over. Gouta sits alone to rest watching the sea when Kuroda approaches him with a bottle of water. He was surprised to see Kuroda who thanks him for dropping by his place yesterday. Kuroda praises him for his magical skill and sits down next to him. They think over the day's events and ascertain themselves that they were mages and there were things that only they could do.

On the way back on the train, almost everyone was asleep apart from Asagi and Kuroda who were sitting next to each other. Without turning round, she tells Kuroda, "Welcome back." Kuroda smiles and says, "I'm back." 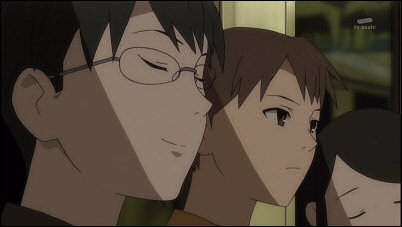 Arriving back in Shimokitazawa and finishing dinner, Gouta was so tired he fell asleep while Seiichirou and Saori said they did well. Saori had already heard from Gouta what Sora did for him. She blushes bright red and says that she had thought back to the time Seiichirou had given her help and decided to try the same with Gouta. She just felt he would have given up just like Kuroda if she didn't.

Once the trainees were asleep, Seiichirou and Saori sit outside in the garden. Seeing them had made her think of her own daughter Haruka who was eighteen by now. If only she would call at least. 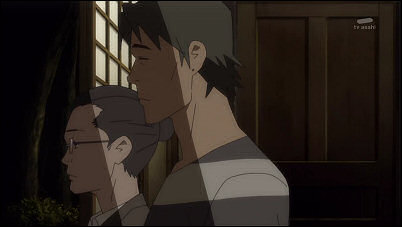 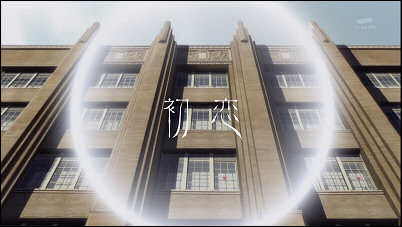 Ooooo, the little relationships continue. Good to see Gouta building up the confidence he needs, though.

What was it with Morishita on the train, though...? That was madness (but funny too)! 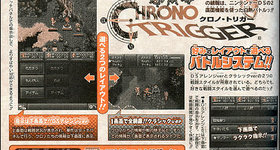 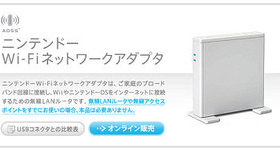 Still haven't bought yourself a wireless router to get your consoles online? Then...