Just as Sora and her friends were about to head home from Shimokitazawa Station, Asagi gets a call. It was from Kuroda and he wanted to speak to her about something. 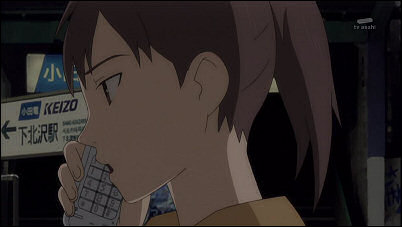 Arriving at Nakano Station that evening at around seven o'clock, Asagi wonders why Kuroda invited her out. He smiles saying that he wanted to know how she would react by bringing her to Nakano Broadway, a place she's never been to before. They enter Nakano Sun Mall and make their way up as Kuroda explains it was a nice place for both the old and young. Asagi was surprised he was an Akiba guy. 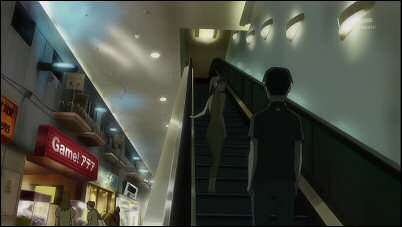 Kuroda ignores the remark and explains the place was built in 1966. The first four floors are filled with stores while there are plenty of high class apartments between the fifth and tenth floor. Together, they spend some time wandering around. Asagi spots some figures based on Akatsuka Fujio's Manga. 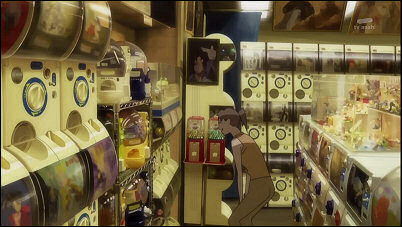 Soon they arrive at an area where a lot of the shops had closed. As Asagi leans back on one of the shutters, saying she thought it was fun place, Kuroda begins to look serious. He asks if Asagi is satisfied with the training they were going through. He didn't. It was all very small magic that was so easy to perform and most of all, he had to follow the client's desire and not get frustrated at them even though they knew nothing about magic. He wanted something on a much bigger scale. However, Asagi was getting fed up of listening to his complaints already.

Feeling that Asagi didn't understand him, he walks out on her. Asagi chases after him and stops him, demanding to know if that was all he had to say to her. She then tells him that no matter how small or big the magic they had to cast was, magic was magic. And who did he think he was, looking down at the clients like that? It was a complete waste of time. She didn't want to listen to his pitiful complaints. Kuroda was annoyed wondering if she ever considered other people's feelings. Asagi is taken aback saying that she treated her own feelings dearly and respected others too. She walks off just as Kuroda tries to speak to her about his troubles. 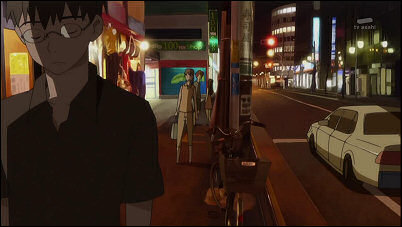 Later that night, Gouta receives an e-mail from Kuroda. He was planning to quit his training. Seiichirou and the others wondered what was wrong. They didn't know none of the requests have been going well for him so far. A man had wanted him to return his watch to normal but had never told Kuroda about his name that was etched on in. In the end, he restored it without the client's name and was forced to apologise. 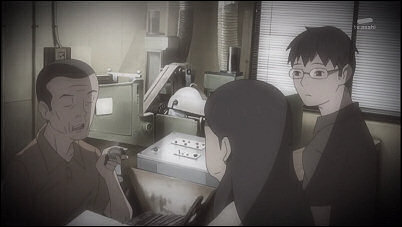 The next day as Gouta and Sora made their way to the station to go to school, Sora wonders why Kuroda was quiting when he had always seemed so confident. Gouta replies by asking if she ever thought about returning home. She hesitates to answer. Gouta then continues that the responsibility was heavy on them when trying to fulfil a client's request. That's why he was sure that all the trainees must get troubled now and then just like Kuroda now. On the other hand, it was great when the clients show their gratefulness. Sora doesn't disagree and suddenly thinks out loud that Gouta had matured. 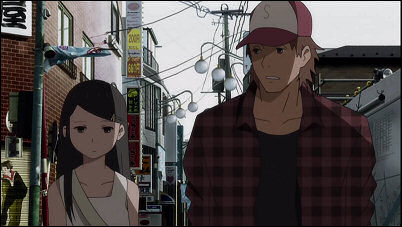 At break time, Sora and her friends gather together to discuss Kuroda's situation. He had tried to run off home straight after class but ended up being caught. Yamabuki was surprised to hear about Kuroda's decision too because he seemed to perform magic so easily. Asagi interrupts saying that people who have too much self-esteem like Kuroda usually find it much more difficult to face problems than the average person. Apart from her of course. Gouta decides he won't let him run away just because he's come across a little problem and Yamabuki suggests they go visit him. Asagi wasn't willing to go because she thought it would be a waste of time.

Unfortunately, Sora ends up with a very bad fever that evening and had to stay home. It must have been all the stress she had been under. Gouta wonders why she never told him and suddenly felt like they were strangers. Fuune sits next to him in the garden and explains girls can have a lot on their minds sometimes. Gouta blushes and changes the subject, asking about the goldfish. Fuune wishes Saori's daughter would come by to visit sometime but she doesn't. Both their personalities were very similar. They then move onto talking about Kuroda and Fuune suggests he doesn't push him too hard. Life was like a marathon race after all. Just before Gouta leaves, Saori also gives him some advice. All he has to do is show his support by going to visit him. 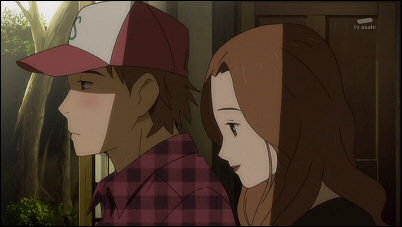 On his way to the station, Yasuko stops him wondering where Sora was. Gouta lets her know she caught the fever and decides to stop and listen to her play for a moment, a new song named "Hakanai Mono". Soon, he arrives at Nanako Station. Yamabuki was surprised he was alone but secretly blushes realising she was alone with Gouta now.

Together, they reach Kuroda's home. He was in his unlit room, struggling to type an e-mail to his father to let him know he was giving up. He hears a knock and thinking it was his instructor, he tells her to go away because he wanted some time alone. He is surprised to find it was Gouta. Without entering his room, Gouta explains that Kuroda's still got a long life ahead of him. Even though he maybe running into problems now, he can surely pick himself up again. Yamabuki on the other hand had a different opinion but Gouta quitens her down. 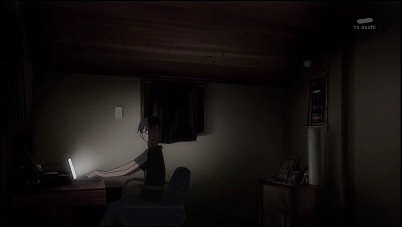 To their surprise, Asagi comes stomping up the stairs and taking a deep breathe, she cries out addressing him by his full name Kouji Kuroda, warning that he should get out of the room and face her right now or she will break the lock with magic and go in. She was angry Kuroda was upset over such a little problem when someone like Gouta who couldn't use magic, was working very hard to learn it. If Gouta was to run away, she would understand. On the other hand, Kuroda isn't even trying and was already running away which was why she had no sympathy towards him. 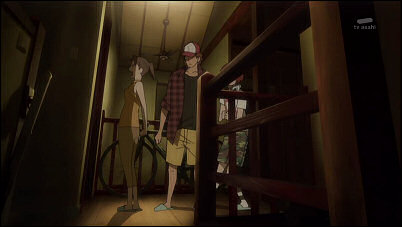 Asagi continues telling Kuroda has failed at his magic. Kuroda cries out angrily trying to silence her but then Asagi corrects herself. She tells Kuroda that humans make mistakes and will fail sometimes. Since magic is being used by humans, it's only natural magic will fail too sometimes. What's important is what one does after they have made a mistake. If one can accept their mistake then they can move on and make progress. However, if they run away now like Kuroda, they will run away forever. She demands to know if Kuroda's pride can live with that.

Asagi wasn't finished. She tells Kuroda that Sora was down with a fever and most likely because she gets over-concerned with others. She goes onto ask where Kuroda's self-esteem had gone now. Was what she saw the first time just a lie? She couldn't find anything good about him any more. And with that she storms off while Gouta and Yamabuki follows. As they made their way to the station, Yamabuki giggles saying that she knew Asagi would come. Sitting themselves down, Gouta sends an e-mail to Sora to let her know what happened and hopes Kuroda will change his mind. 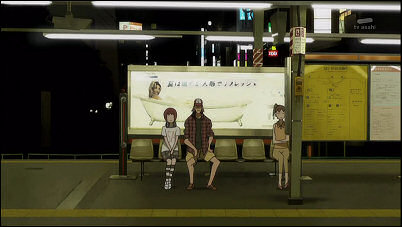 Be sure to take enough vitamin C, everyone. - Kana 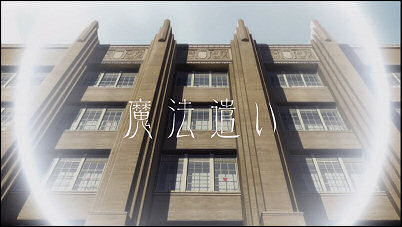 Kuroda doesn't have a very good instructor does he? Not as much attention and encouragement from her as Seiichirou and Saori gives.

Asagi was great in this episode, storming up to Kuroda and waking him up like that. I think we can guess that he'll be going back to training.

Nice to see they brought up Akiba and the famous Nakano Broadway too. Seems a popular place to shop outside of the "sacred" Akiba amongst the Otakus from the blogs that I've read. Danny Choo (NSFW) did a bit of coverage about the place. All those little shops and narrow paths remind of the little shops I always visit in Hong Kong. 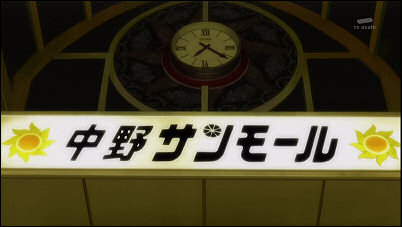 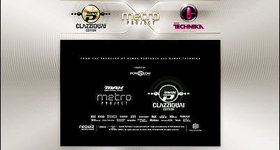 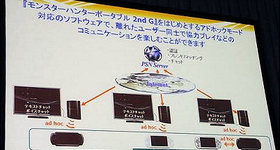 Play online with other players in Monster Hunter Portable without Xlink Kai on a PC...