It's been a month since Makoto Shinkai appeared at the London, BFI "5 Centimetres per Second" screening. He's now posted the following entry on his website about his well-being and the event itself.

Looks like they caught me on camera when they were taking pictures of the queue for the autograph session. 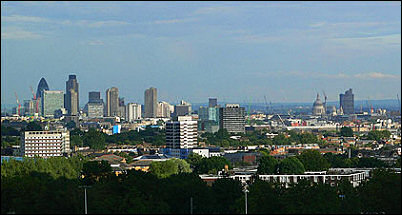 It's been quite a while since my last entry and I've received a number of e-mails from people who were concerned about the lack of news from me. I am doing well. In London, we're having a very cool summer. My life routine here involves going to school everyday, visiting the pub and China Town with my friends, in a way eating lunch alone sometimes, going jogging when the weather's nice, going to the supermarket every three days to buy food, making dinner and eating it and, sleeping at around 12 o'clock. When I feel like it in Tokyo, I would go out for a drink even when it's midnight so in comparison, these are pretty quiet days.

The photo above is a view of the city (London's Wall Street) and was taken on a hill within my neighbourhood. This is an area of London where one can see rare sights of modern high rise buildings lined up together. On the right you can see St. Paul's Cathedral. I've only seen it from afar and have never been there.

And the BFI event...

I was going to say "the other day" but it's been close to a month ago. The "5 Centimetres per Second" screening in London ended successfully. There were a lot of English people and ethnic minorities that came and I had an enjoyable time. Below you'll find the photos my classmates (saying that at this age makes me nostalgic).

(1) The BFI (British Film Institute 英国映画協会) building by the River Thames which was where the event was held. When I got lost that day, I asked the English fans who called out to me to give me directions (Laughs).

(3) The interview that took place after the screening. The man with the large build is the great Justin from BFI and the other is the interpreter, Tim.

(4) I spoke in Japanese during the interview. It was impossible for me to have a question and answer session in English...

(5) The autograph session. Lots of people lined up. In comparison to the events I had in Japan, there may have been proportionally a few more ladies. So happy.

(6) Other Japanese people who lived in London also came. 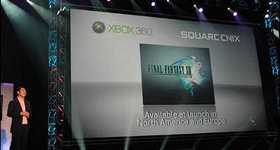 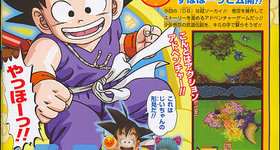 Here's another title to add to the DragonBall series of games, this time a 3D ARPG...

I'm really looking forward to his returning to Japan and starting on his next project! :D

19 Jul 2008, 10:56:20 am
I guess that really means that Shinkai has more female fans over there? Or maybe it's that the number of his male fans are just smaller by comparison? :D

18 Jul 2008, 10:00:32 pm
Hmmm, maybe it would have been better if I interpreted that part as, "The percentage that were ladies may have been just slightly higher than the events in Japan."