It's not the first time the Ys I and II have been remade. I guess Falcom's decision to remake it again must be due to the influence of other games company such as Square-Enix doing remakes too recently.

I only played through Ys II Eternal on PC and although both the graphics and the gameplay system were very much dated compared to other titles at the time, the game remained very fun. All you did was pretty much run into enemies to attack them. No button bashing at all. Well, you still had to time and dodge projectiles too of course. The boss battles have always been crazy!

Ys II was actually the game that got me into Falcom's other titles later on such as Ys Origin and Legend of Heroes VI.

So lets see what's new in this DS remake according to their press release.

Some of the stuff are pretty standard Ys game features but the combo attacks and sword swinging should help give the games a bit of new life. It will be great hearing the "To Make the End of Battle" opening again! The only things I don't like is Interchannel will be the ones producing it, not Falcom and also the look of the "new" graphics. That ice floor looks very ugly.

I know the original game wasn't produced by Falcom anyway but, since they've been doing such a good job with the rest of the series, bringing the 2D ARPG into 3D, I was expecting them to be in charge of these remakes too. I guess it's going to be sort of a low budget thing.

Both titles are set for a Spring 2008 release date.

It's been a while since I last looked for the other Persona 3 drama CDs so I decided to... 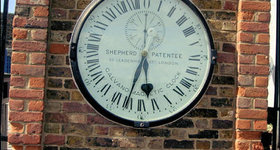 It's the last Sunday of October and you know what that means. British Summer Time...