Good to see Trauma Center Second Opinion sitting in the top 10 Wii titles on Amazon! But considering how there are currently few good Wii games out here in PAL land, it might not be that surprising. The latest titles for Nintendo's classic series such as Paper Mario and Metroid Prime 3 are yet to come out.

Here's my follow-up post that I said I'll write from my last impressions of the game. 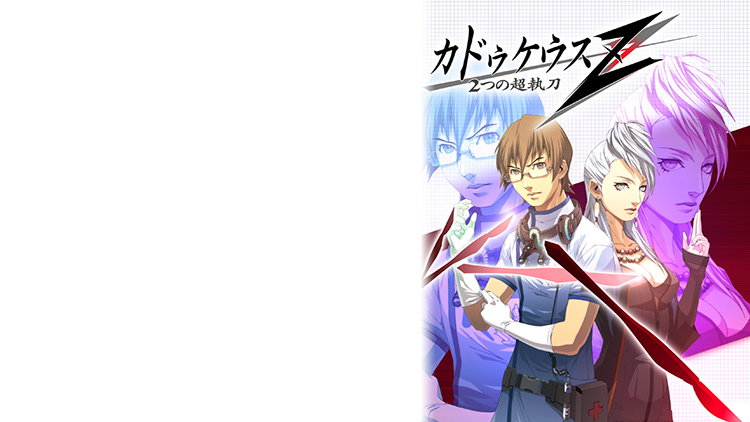 How Long the Game Lasts
Well, I played through all the story operations on normal (which is the equivalent of the original DS game's difficulty) and it took just over six hours to beat. Even if you count the seemingly impossible X missions that get unlocked afterwards you still only get about only another hour's worth of gameplay. Well, maybe longer if you end up re-trying a lot and definitely longer if you try to XS rank every operation in every difficulty mode. Some great replayability for you!

Loading up my DS game again, I found the original took me around 10 hours to finish which is a bit of difference. Knowing what to do already obviously helped but, this kind of shows what the new original content is worth... Don't get me wrong though, it's still short quality stuff!

Fun with the New Operations

I had fun with the new Z operations which feature Nozomi Weaver's story when she joins Delphi. Connecting the bone fragments and transplanting were nice and original. My favourite would probably have to be the flashlight operation where you started off operating with a lightpen in the dark. The battery dies then you end up with only the flash of a camera. Impossible to do in real life but it made the operation very fun!

Unfortunately there were simply too few of these new Z operations. There were only five of them, one unlocked after completing each of the original DS chapters. I'm sure Atlus could have added more in even though Nozomi was helping Delphi for the most part. Say when she wasn't operating for them, they could have had her running her own private practice. That would have given us some more new content to play with. Yes, she has her medical licence removed in Japan but I'm sure Delphi could have sorted something out.

Atlus actually redesigned the bomb from the original game too so once again, you get to make full use of the Wiimote to disarm it. This time turning screws by rotating the Wiimote and pulling it towards you to pull out pins. Another fun "operation"!

Besides the sparse number of Z operations there's also the whole new chapter 6 to the story when Nozomi meets Derek in the UK. The only problem is you can't really call these operations "new" because what they've only done is put two or more GUILTs together for each of the operations. You do get to switch between Derek and Nozomi when moving onto the next patient, though. I have to say "Fallen Heroes" was quite a challenge at first because it uses GUILT where you most likely would have depended on using the Healing Touch. However, if you done all the X missions in the original DS game unlike me then I'm sure you wouldn't have had any problems.

Speaking of the extreme difficulty X missions, once again you get to treat each of the 7 GUILTs you've come across during story mode but, there's actually two versions of each this time. There's the original version where you operate as Derek and there's a slightly altered version where you operate as Nozomi. Again, there's no story despite the idea of these missions is to eliminate the master behind GUILT, Adam.

The Two Endings
Ending wise, I think both the DS and Wii versions are good in their own way. In the DS version, I liked how Angie reveals her feelings for Derek with a letter and the credits start rolling after the classic heroes in the sunset scene. What I didn't like about it was how it mentioned nothing about what happened to Adam afterwards.

On the other hand, the extra chapter 6 in the Wii-make does sort of cover what happens to Adam. It shows what the British Caduceus have been doing with him but after that major outbreak at the conference, Adam is still not dealt with. If you go on with the X operations there's text that says it's up to Derek and Nozomi to kill off the remaining GUILT cells on Adam, something that wasn't in the DS game. Yet, even after you finish off all 7 of these operations, there's no extended ending. Wish there was because of it's kind of a loose ending... Or was it done on purpose to show true evil never disappears?

Chapter 6 also covers the question, "What would happen if Caduceus' best doctor was down with GUILT too?" Answer is another doctor with the same skills come along to help, hence "Second Opinion". The story ends with an illustration of what appears to be Derek's office posted with pictures of him and Angie as they're out travelling the world to heal patients. I would have preferred it if they actually zoomed up closer for a better view because I like these "snaps of life". Then the photos can stay on one side of the screen and the credits can roll away on the other half. Would have looked better that way.

I really like how Atlus allows you to review any chapter of the story and replay any operation after you've beaten the game. It's great for enjoying those favourite scenes again without having to play from scratch. All games should do this!

Closing Comments
On another note, I also really like Shoji Meguro's music in this game. I wouldn't mind listening to some of the tracks while working on stuff at the computer. And if you're a big fan of this game, you can find three wallpapers at the official Japanese site (now gone so you can visit the Wayback Machine instead). I would have preferred it if they used some of the cool looking backdrops from the game in them but oh well, you can't have everything.

Well, I guess this might be the last we'll be seeing of these characters because the real sequel "Trauma Center: New Blood" takes place 10 years after GUILT. Even so, I hope they do bring back some of the old cast! Online leaderboards should be fun but, for the two player co-op mode I'm not sure I'll be able to find anyone to team up with. Maybe I can use both my hands and feet ^^;

The September issue of V Jump contains a whole load of screenshots and bits of info...

"Subarashiki Kono Sekai" has quite a cool selection of music so I've been looking...