Fish has become extinct and can no longer be bred on Earth. Now humans have taken to breeding them in giant globes in space. Clumsy, happy-go-lucky Haru Soramachi is due for her first day of space fishing training as part of an all girls squad but ends up being side-tracked. Along the way, she meets the troubled Namino Murakami and Makiko Maki who are just missing one member before they could go space fishing. Haru just happens to walk into their office during their dispute and ends up thrown into space for the first time. Things do not go well for her however and new team mates end up getting off to a bad start. As the girls continue to get ridiculed by men in the male dominant industry of space fishing, they become ever more determined to prove their worth by becoming the first ever space fisherwomen.

Theme songs are catchy and background art by Studio Jack looks pretty good. The overall presentation of the show is good even though you'd be expecting a low budget for an Anime based on a game that isn't from a big name game studio. Animation feels a bit lacking sometimes but the art is consistent. I play a lot of Japanese RPGs and I've never heard of ForwardWorks but they seem to have some big titles going as mobiile games such as Disgaea and Everyone's Golf so I guess they had some fair financial backing for this show.

The idea of a show based on a mobile game is probably enough to explain how silly and shallow the world setting is. As with most Anime shows these days it's full of girls with your common cute moe character designs. You've even got fishermen summoning digital "deities" using special skills to help capture giant fish so it's not really that original of a world setting. Other than that it's a cheery, action comedy show with your usual Anime character interactions, which is again mostly the girls doing silly things or bickering at each other. It's a very cliche show complete with your obligatory fan service beach episode.

There's little compelling about this show other than the cute silliness. Most of the scenarios feel like they've been done many times and nothing is done to make them better. Most of the episodes are spent watching the girls overcoming their fears but, there's not enough build up for you to actually like the characters to emphasise with them. They also try to stress women can also do what men can but with its equally silly and unoriginal world setting, you have to wonder what was the point of putting in such a serious modern day theme into this mobile game based show. They might as well have just gone all out silly and cute like Kinmosa when they decided to add a character like Ruby, your usual careless cheery and open half-Japanese foreign blonde girl.

On a brighter note, the show had to potential to wrap up well but ended up full of cliches and rushed. There's lots of hints to show it's more of a promotion attempt - play the game to find out what happens to the gang. 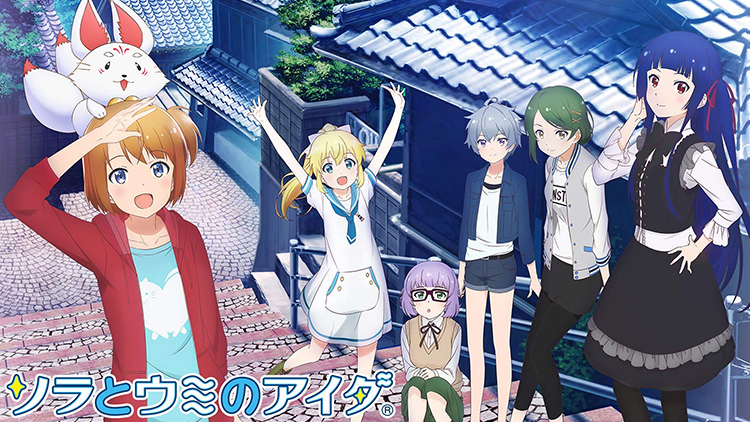 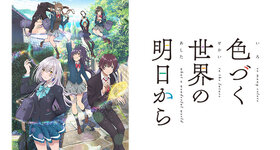 In a world of magic, Hitomi Tsukishiro is from a family of mages in Nagasaki. She... 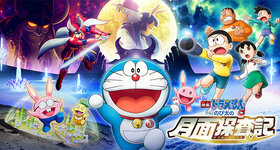 An explorer sent to the moon by Japan briefly captures footage of a pair of white long...