It is 2307AD. Setsuna F. Seiei had to fight in a "holy war" as a child but after being rescued by the organisation, "Celestial Being" he now joins them in armed interventions to break up any possible attempts to stir up wars. Maintaining peace using the superior mobile suits known as "Gundam" he works together with his fellow code named Gundam Meisters; Allelujah, Lockon and Tiera.

Even now the three blocs American Union, Advanced European Union and Human Reform League (China, Russia and India) dominate the Solar Power Array Project which aims to transfer solar energy collected from space. As their Celestial Being starts to become centre of attention they soon found themselves targeted by the main players who want their Gundam tech to stay ahead of the arms race.

Soon, the Meisters own dark pasts catch up with them and they find themselves carrying out missions to deal with their own hauntings while uncovering various secrets about the origin of their organisation.

This is my third Gundam show (00 being pronounced double-oh) which again I decided to watch because of the hype. It takes place in its own timeline different from the other shows in the franchise apparently so you can watch this without being familiar with too much Gundam universe history. Humans haven't fully colonised space yet unlike Wing and Victory.

It somewhat feels like a twist on superheroes. Where there's trouble, the Celestial Being appears just that they knowingly end up being pawns in some cases. It actually kind of reminds me of Code Geass too, another great show by Sunrise; lots of scheming with the same goal of uniting the world through hate and one common enemy. There are no clear sides, just beliefs driving all the characters.

Saji and his girlfriend Louise are fairly much the only characters in this show that give you a dose of what "normal" is like in this world setting. They're good supporting characters because they don't have a major role in the show; just two students trying to get on with their lives even when caught up in the turmoil left by the Celestial Being.

So yes, there's romance as with all the other Gundam shows (from what I've watched anyway). There's actually multiple romances going on just like Victory but the way Setsuna acts during the first season is similar to Heero in Wing. In the same way, it's heavy in drama too and not afraid to kill off characters so don't expect a happy show. Not that any of the Gundam shows I've watched are happy anyway...

I think about 9 episodes into S1 it starts to get more interesting because at that point there's a time skip. By that point Celestial Being has already established their presence, no longer go on the odd mission and a bigger picture is starting to form. You also fairly much settle down with all the lore that's been thrown at you too. Well sort off... There's the odd mission dotted in between still. Last couple of episodes in S1 gets quite tense although the ending was quite obvious with the hints it dropped.

S2 takes place 4 years later so you're back to piecing together what's happened again but fortunately, it doesn't take as long as S1 since the world building has already been done. S1 was already good but S2 was even more compelling to watch without the short missions. Every episode in S2 has an extra scene after the credits.

Final wrapup in S2 gets a bit messy with the large scale fighting but overall it's good... until it teases you about a third part sequel in the form of a movie "Awakening of The Trailblazer" that takes place 2 years after S2. Unlike the two TV seasons there's not a lot to digest at the start fortunately. After fragments from an old exploration vessel falls onto Earth, strange incidents start occuring around the world; if you play the SRW games you'll probably recognise the enemies. It has a bit of fan service with seduction scenes from the new character Mina. Fights are intense and better directed than towards the end of S2 but I guess you could call the plot straight forward and kind of cliche compared to all the plotting the TV series had. That said, how much could you fit into a 2 hour movie?

During S1 you've got swimsuits, shower scenes, cleavage but not full episodes dedicated to it. Most of the time it doesn't feel out-of-place, just the ladies enjoying themselves but, Sumeragi their tactical leader in sensual poses and clothing during her everyday role does feel out of place though. She's the focus of awkward camera angles too but I'd say Victory is worse off. She's fairly much your drunken pretty woman trope.

Background and location designs look really good although some sci-fi re-designs of famous tourist spots like China's Forbidden Palace looks odd. Interesting Sanzigen was involved with the 3D animation and at this point they weren't producing their own cel-shaded 3D shows yet. Again, the image I've chosen here doesn't really do the show justice because the character roster is big like Victory.

So yes, I liked this show enough to recommend it. It feels well focused with a cast of characters that grow together with the show as hidden agendas are unveiled. As long as you can get pass the first couple of episodes' heavy world building it's a good sci-fi show full of action, romance and drama. 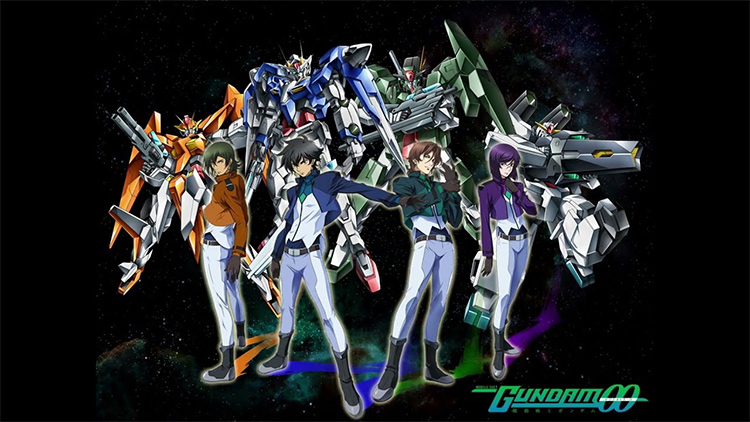 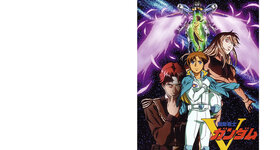 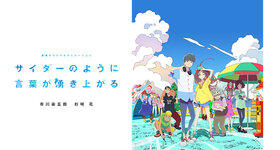