Some time has passed since the world was at war fighting one another with ultra magnetic weapons of mass destruction, ravaging Earth in the process. As humans desperately try to survive the horrific conditions of Earth, a group build a ship in an attempt to escape into space but fail and end up crashing on the remains of a island. Earth had now restored most of its nature but there was only one survivor that was still alive today, living together with his grandson Conan.

One day, Conan comes across a girl named Lana who had come from High Harbour Island and they soon discover there were other survivors on Earth. Unfortunately, Lana's pursuers from Industria soon catch up with her and take her away. And so, Conan sets off from the island for the first time, going on a grand adventure meeting new friends and foes alike as he seeks to rescue Lana and help her reach her grandfather.

This show was Hayao Miyazaki's debut role as Anime director before he co-founded Ghibli. Right from the very first episode you can see plenty of Miyazaki's familiar style that will probably remind you of his Ghibli movies such as the animation styles, world setting, character behavior and designs despite the rough voice acting and sound effects from the late 1970s. The show mostly resembles the action and technology from his later movies Nausicaa and Laputa while its comedy will probably remind you more of his light-hearted movies such as Totoro. As it seems to be the trend with Miyazaki's work, it's yet based on another Western novel named "The Incredible Tide" by Alexander Key.

It might be 40 years old (at the time of writing this) but it's got a great balance of action, comedy, friendship, romance and adventure. There's so many themes going on and it's a bit of everything from Ghibli's more glorious days really. At first it might seem like a show about a bunch of innocent kids being caught up in conflict but the characters are likeable as with Miyazaki's other movies, each with their own distinct characteristic (those toes!). You have to admire the bravery and determination Conan shows making up for his naivity and balancing out his superhuman abilities. Both Conan and Lana has some good chemistry going on between them and Lana isn't your cliche damsel-in-distress as with Miyazaki's later works as they struggle through troublesome times together. She is as strong a character as Conan just without his superhuman abilities. It's also great to see the show doesn't go with the "never give up" immortal characters mentality that a lot of Anime shows go with and it's not afraid to admit defeat or weaknesses in situations.

After building up on our protagonists, the plot itself really picks up just about half way through with yet another familiar theme of nature versus power lusting humans but, it's directed so well the drama keeps you watching. And of course, since it's from the founder of Ghibli, there's no fan service aimed at the male viewer or the moe style that seems to be the trend with most shows these days. The Furigana in its episode titles suggests it's aimed mainly at children as it's used to help them read Kanji and even includes a mini guessing game in the eye-catches but, I think it can be enjoyable by all ages as with his other works.

If you enjoyed Miyazaki's classic movies, still enjoy them and don't mind the old art style and retro sci-fi look, you'll most likely enjoy this. A lot of the art still looks great such as the mecha designs but even the backgrounds can still look good - especially now that it's been HD remastered for modern screens. It probably shows the staff involved were ahead of their times with all the effort the they put into the backgrounds. There is another series misleading named as "Future Boy Conan II" but it's actually not a sequel and focuses on different characters while keeping a similar world setting of magnetic warfare.

So, are you a fan of Ghibli Miyazaki's classics such as Laputa and Totoro? Yes? Then go watch this. You won't be disappointed. 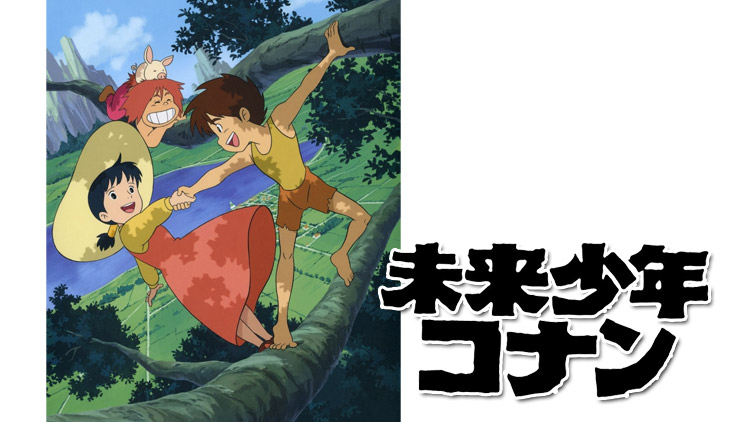 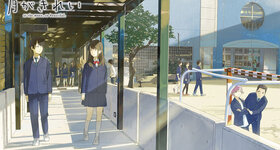 Athletic Akane Mizuno from the track and fields team had long fallen for the... 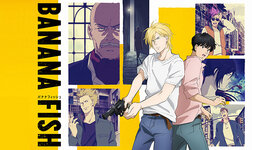 Rash but skilled and street-wise Ash "Lynx" was picked up off the streets by Mafia...