Everyday Girl is honest to a fault and wouldn't even use money that she picked up, even if she had the means to pay it back afterwards. The owner didn't want it back either claiming, "dropped money was bad luck." Unfortunately this becomes the case for Everyday Girl as she is arrested for not paying for her food and the police station she just happens to be the place where one of the notorious Akudamas "Cutthroat" was due to be executed.

Four selfish, egoistical S-rank Akudamas - Brawler who relies on brute strength, Courier who couldn't care less about anyone, Doctor who loves to dissect and Hacker have been sent anonymous messages to jailbreak Cutthroat and Everyday Girl finds herself caught up in the mess (along with a small time criminal). It turns out the five misfits were hired to take part in a number of high risk, high paying jobs. Now Everyday Girl has no choice but to play along keeping the criminals convinced that she was a skilled Akudama too just to gain their respect and not get killed, knowing little that her once peaceful life was going to flipped right round.

Decided to watch this because of the hype and dived in blind without knowing what it's about. Only knew it wasn't going to be your happy, smiley show with the "aku (evil)" in the title and all the gore screenshots I saw from tweets (along with people fawning over Cutthroat).

Sure enough, the show feels like a cyberpunk Battle Royale, the violent dark comedy Japanese movie. It starts off quite violent but the over-exaggerated gore dampens down quite quickly (for a while).

Presentation is over-the-top as each Akudama wanted criminal is introduced and the reckless fight scenes are just ridiculously silly you're laughing more of the time but they do have some style to them, not just throw as many special skills as possible. The fights are your usual overpowered characters but at the same time the situation can change so quickly you won't be batting an eyelid.

It's a silly action show (bullet trains are revered holy entities) with dark humour. It's quite fun watching the misfits try to get through the plans even though they don't work well together as well as wondering how Everyday Girl is going to get out of her situation. On the other hand she also just seems overly naive despite everything she's been through.

Everyday Girl is probably the only character that can lighten up the gloomy mood as she grows from your everyday person to, someone who must do whatever it takes to survive and protect.

Cyberpunk landscape of Kansai looks great, very sci-fi being lit-up with holograms floating around everywhere in contrast to the grey surroundings festered with crime as you'd expect from the genre. Yet they take a lot of care to preserve what symbolises Japan such as Torii gates, wooden structures and Hanko stamps. It's also quite creative with some of the scene transitions as they piece the backgrounds together part by part. Despite being a short 12 episode series it doesn't skimp out on the world setting and tries to explain it with a pair of silly mascots.

Version I watched was censored but not the kind that's done so badly you might as well be watching a black screen. And where there's ridiculously over-exaggerated amount of blood and gore, there's usually a lot of fan service too although I guess it is cyberpunk. You've got a seductive doctor in revealing clothing, the odd innuendo, maybe a "bath" scene and implied sex too.

I'm guessing people like Cutthroat despite his psychopathic nature because he can be a loyal bodyguard and, they did a very good job of portraying his mentally unstable, childlike mind.

Story is fast paced which makes sense for a short series but it doesn't feel rushed because it gives you enough time to digest all the new bits of story. There's never a dull moment that's for sure. A very cyberpunk-like themed show where everything isn't all rosy and everyone does their best to survive so if you're after cheery show, this obviously won't be it.

There's one episode with an extra scene after the ED so don't miss it. Oh, and that canned Takoyaki? It's real. 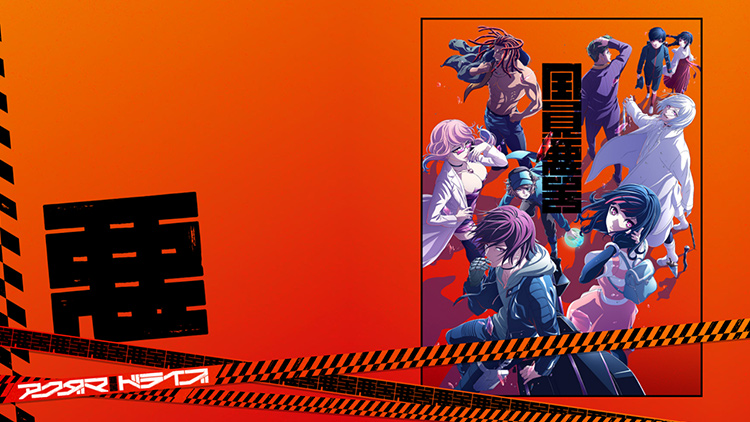 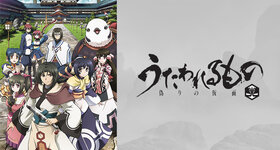 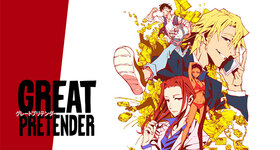 After the honest life didn't work out for him, Makoto Edamura decides to become a...