Vladilena Milize, better known as "Lena" is a Handler from the Republic of San Magnolia, District 1 who are involved in overseeing squadrons from District 86 in the war against the autonomous Legion army of the Giadian Empire. It was estimated it would be a 2 year war before the Gladian runs out of resources. A system known as the Para-RAID allows the Handler to share the "Processor" commander of a squadron's senses and rumours had it the "Spearhead" squadron Lena was being re-assigned to drove many Handlers to madness thus, gaining the nickname "Undertaker" but Lena was unfazed.

However while human, those who did not possess silver hair like the Alba are exiled to District 86, recognised only as "drones" and are never revealed to the public. Their Handlers get all the glory. As such, Lena finds it revolting the people of her home should act in such a way and continues to show her discontent despite much disapproval. At the same time, the extremely under-equipped 86 with old model Juggernauts don't appreciate her sympathy and attempts to treat them kindly. Despite that she does not give up and continues to do what she must to support them as she continues to oversee them in their battles. Soon she learns there are many other darker secrets hidden behind the seemingly peaceful republic she resided in.

There's a lot to get your head round with shows like this as it immediately hits you with all kind of names and terminology. It's got quite a deep world setting but not too hard to pick up. It probably had plenty of room to do this as a light novel series. It kind of has a bit of Attack on Titan vibes to it but sci-fi version fighting an AI enemy; privileged behind walls, discriminated at the front lines and an ever looming sense of doom and despair. Lots of death. More you watch, darker it gets.

Despite that, Lena's cute expressions along with the way the Spearhead gang interacts lighten up the mood. Probably more than AoT since the gore isn't as heavy. Funnily enough the composer who worked on AoT's music, Hiroyuki Sawano also worked on half the scores in this show and they're mostly the intense techno battle themes although he did manage to compose some of the more serene piano scores too. His vocal tracks sound great and have lyrics that match the Spearhead Squadron's struggle well.

Background art's quite pretty in contrast to the plot but the simplistic 3D models ruins the scenes. Guess A1's 3D modelling team aren't quite there yet. It's got quite a nice piano score. Fan service you get a bath scene but doesn't linger long and also a shower scene which is actually more plot driven than fan service.

It's not the first show to do it but ending song is different every episode as well as the visuals. The characters that appear towards the end of the OP also changes but not every episode. Starts from episode 5 onwards. Interestingly enough the first cour only covers 1 out of the 10 light novel volumes out.

First cour of season one is an ok watch. It's not until cour two it really picks up. Second cour covers up to volume 3 of the light novels and feels better paced as each episode advances the story. We see Milize no longer the pampered person she was as she realises she must resort to harsher means to achieve her objective of changing the Republic. It's a lot light-hearted with the introduction of little Frederica as comic relief. Shame the ending songs aren't different for each episode like the first cour which was a nice touch and were mostly good.

Interestingly enough, there's a lot of symbolism in the episodes which was supposedly monologue in the original light novels though.

Amazarashi does the OP which is fairly fitting considering they did one of the EDs for a fairly grotesque show like Tokyo Ghoul and the imagery in the OP is fairly much fully of that kind of imagery.

It's one of those shows that basically says stay positive and live life to the fullest. A sci-fi Attack on Titan show in a way so it's got an interesting plot going and builds on it. That said, I prefer this show more. 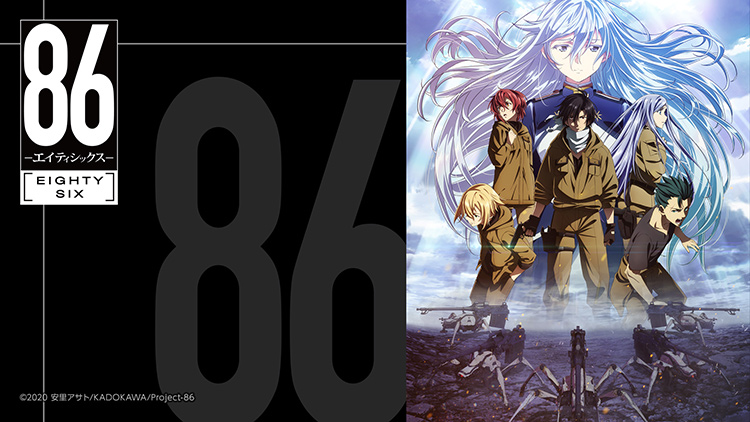 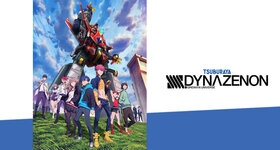 One day, highschool student and part-timer Yomogi Asanaka is on his way home and... 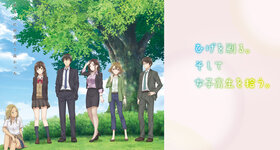