Picked this up during the Big in Japan PSN sale because Mask of Deception and Mask of Truth were selling as a bundle for less than £10. Have been quite curious about the game since I've heard a lot of praise for Utawarerumono. It turns out to be by Aquaplus who are best known for their romance visual novel games such as To Heart and White Album. 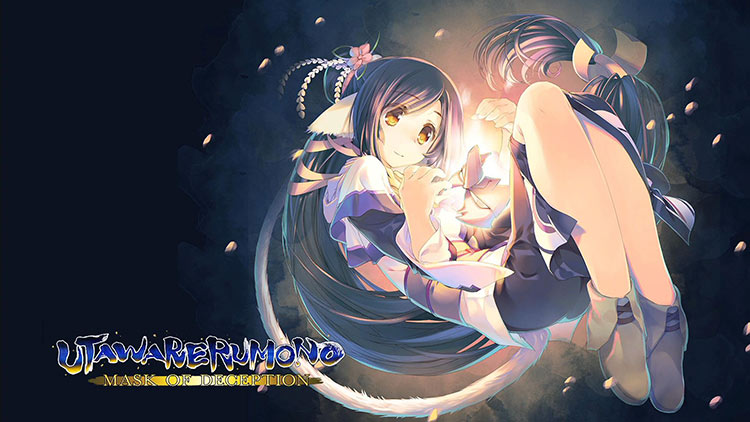 Right off the bat it's your cliche protagonist with amnesia who finds himself in a foreign country inhabited by human-like habitants. However, to his surprise they have fluffy ears and tails and, possessed much greater physical strength than him. As our protagonist walks off into the wild he discovers it wasn't such a friendly country with monsters about. A young travelling girl named Kuon decides to let him stay with her for the time being and decides to give him the name, "Haku". As Kuon does her best to let Haku establish himself in the unfamiliar world, Haku's strategic talent and nonchalant nature attracts a variety of characters and soon, he and Kuon find themselves working under cover to weed out corruption amongst the country. Along the way Haku slowly discovers who he is and the secrets behind the world. 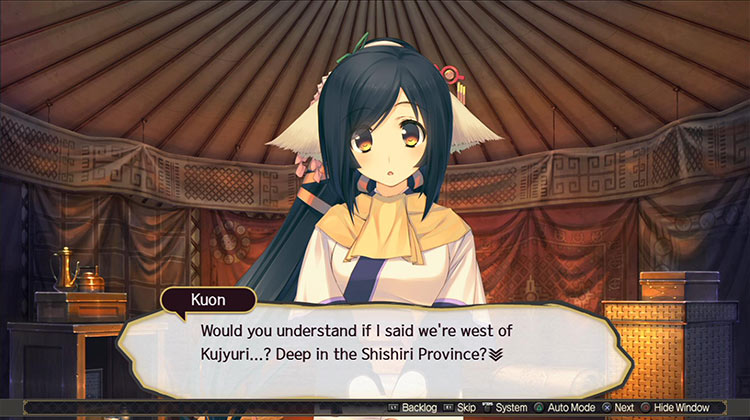 This is actually a sequel to the adult visual novel released back in 2002 on the PC with SRPG elements. It's the only entry in the series that had an 18+ version of the game really but was then later re-released a number of times with the explicit scenes edited out as "Prelude to the Fallen". You don't actually need to have played it to follow on with the story. Even the official Japanese portal site says you can skip the first game if you wanted to although, another option is you could watch the 26 episode Anime adaptation before playing this. It will give you a better view of the story's setting such as how Tuskur was founded, origin of the Tatari and how it all came about as well as the background of various characters. 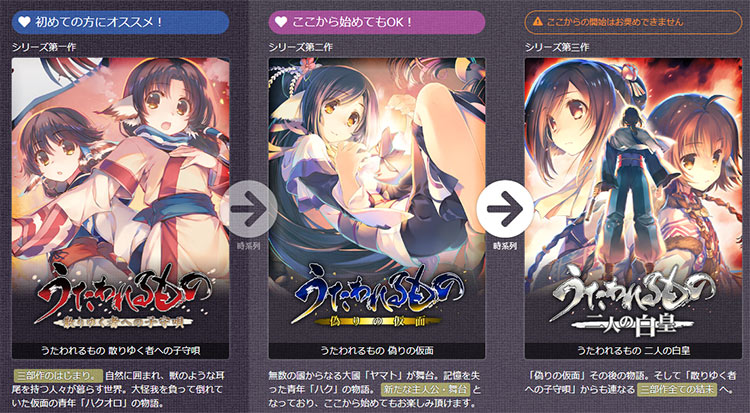 The cast of characters are fun. You've got the sharp, considerate Kuon who's also scary when angry, keeping our Haku straight. While Haku lacks the inhabitant's super-human strength and stamina he makes up in intelligence so much that he can be a bit sly and often gets punished by Kuon when he tries to slack off. It's not exactly an Otome visual novel since we have a male protagonist but there's probably enough pretty boy characters to appeal to the Otome crowd too.

Oh, and it has a big fluffy bird named, Copopo too.

Story direction is good and despite the familiar cliche jokes it's still fun to watch (or read in this case). There's a large amount of down time in between the main scenarios where you're fairly much just hanging around with all the characters doing odd jobs. I guess it could be considered a bit of character development and world setting set up. Other than that the main story direction picks up well if you don't mind this section of the visual novel. You get a brief glimpse of Haku's memories which suggest it might be a sci-fi story but it's enough to pique interest.

It's a visual novel for the most part so you'll be reading mostly with no choice making apart from the odd point where you choose where to go. There aren't any multiple endings like your regular visual novel. 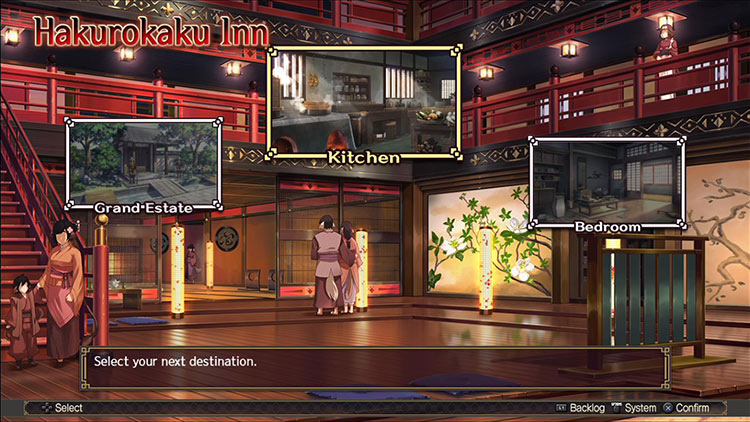 The SRPG part of the game is really basic, you don't have to care about flanking or what direction you're attacking or getting attacked from. I'm presuming Sting Entertainment was responsible for the battle system although it feels overly simplistic compared to their more well-known titles such as Riviera.

There's no gear to upgrade, you just select from a very small selection of drops from story battles. They do try to keep things interesting with "Action Chain" where you get a brief moment to hit timed button presses so that you can land a consecutive or critical hits though.

The fights start off quite easy but enemies become quite ferocious even though I didn't have to spend much time level grinding. Levelling up is a bit different from usual. Winning battles for the first time, every party member earns a fair amount of XP but when you start playing the Free Battles, you only get a small amount of XP per attack. The odd thing is, healing doesn't count as being active so if you kept a character as a healer, they won't gain any XP in the Free Battles...

Up side is you can replay any previous level again as the name suggests. The higher level the enemy is than the character attacking, the more XP they end up getting for that attack action. There's also a handy "rewind" feature that lets you undo a number of actions to save you restarting a battle form scratch. 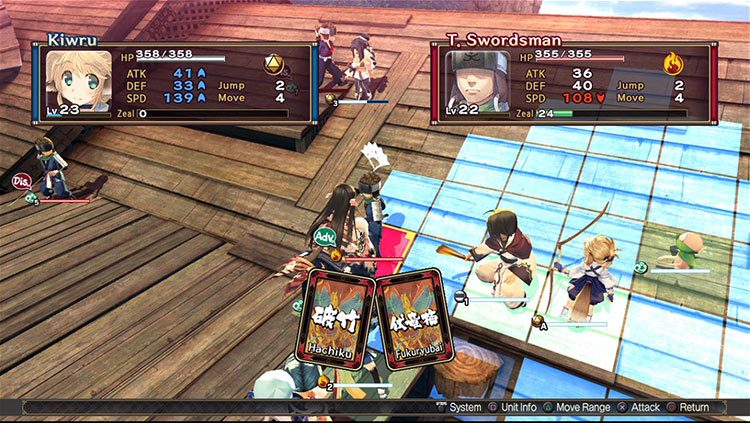 Character designs are cute. Most visual novels are well illustrated and the scenery isn't any different here with beautiful backgrounds to look at depicting the Kujyuri world. Some such as the sky and grand homes are re-used quite a lot but they don't really detract from the experience that much. Some scenes are quite violent where you see the same splatter of blood on the screen. Other than that you don't really see anything but read some gruesome descriptions. 3D graphics on the other hand aren't exactly the best but does the job. Voices are in Japanese with no English option.

It may not be a an 18+ adults only game any more but it's still very much designed for the male player complete with your usual, "oops, I saw a girl naked in the bath" jokes. And they freely talk about the "third leg." That said, you also have your share of macho, pretty boy character designs for the ladies playing this game too.

While visually the graphics are good to look at I can't say the same about the sound effects. They are very low quality as if they were recorded during the days of an older console and, the monster's repeated cries are particularly annoying. 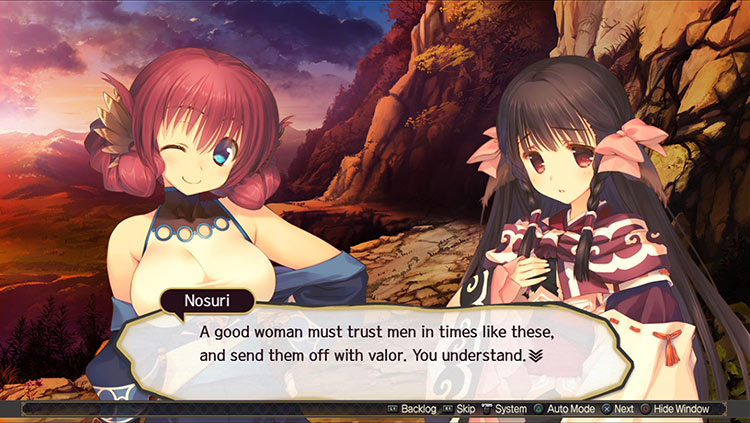 It's a fun visual novel with a fairly interesting world setting with a couple of SRPG battles in between. At my reading pace I got around 20 hours out of the main story. After that you get a bonus "Dream Arena" where it's more SRPG focused with much tougher enemies.

It maybe a 5 year old game as of writing this but it's a great tale. You'll probably be smiling and laughing from the different scenarios. For the most part it isn't very serious but there is a main plot going and eventually gets quite serious as politics, conspiracy and warring nations are mixed in with some very tear jerking moments. It might be full of female characters but not in the harem way where they all fall for the protagonist. This story ends with quite the cliffhanger so be prepared to spend some more to buy the sequel to follow on with the story if you didn't get the bundle.

Highly recommended if you enjoy SRPGs with a good story.

I'd say fighting through Dream Arena is the hardest but it's also the easiest way to hit the max level 50 for the "Master of Masters" trophy. I got it after stage 15 which is the second last stage. Stage 12 is insanely hard and requires some BP grinding to stand a chance. I found the twin's Soei Musou helps a lot as well as Nekone who can summon decoy Shikikami to distract the OP enemies.

For the Action Chains "Kamunagi of Chaining" and Final Strike "Coup de Graceful" trophies I had to level Ougi up to 30 and Jachdwalt up to 28 to unlock their other ACs since I didn't have them in my party at all. After unlocking their FS, the FS trophy still didn't unlock and it turned out I hadn't used Kiwru's Hachiku FS where the enemy had to be in a straight line to trigger. 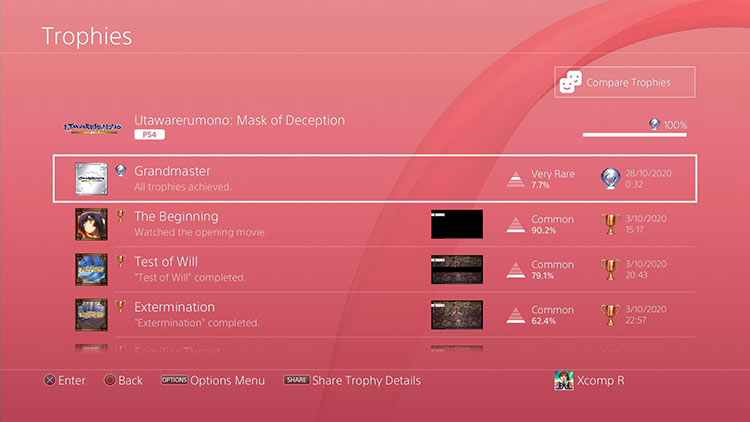 For the AC trophy I got stuck for a while. Maroro's Fire Sigil and Haku's stick attack during stage one are easy to miss apparently so I replayed those again just to be sure but, I still didn't get it... After checking a trophy guide it turns out Jach had two different counters depending on which stance he is in. You have to use Kage Matsuba up until the third action so that he stays in either Katana sheathed or unsheathed stance then wait for the enemy to hit him. I was missing the unsheathed counter. Sneaky!

Although I guess if you have him in your party a lot you won't have missed that AC counter. 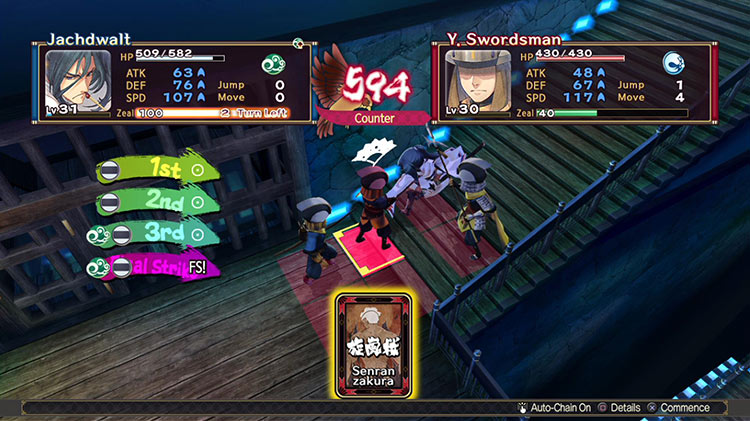