Never been to an Anime convention before so I thought I'd run along to the annual event based at the University of Dundee, D-Con for this year. 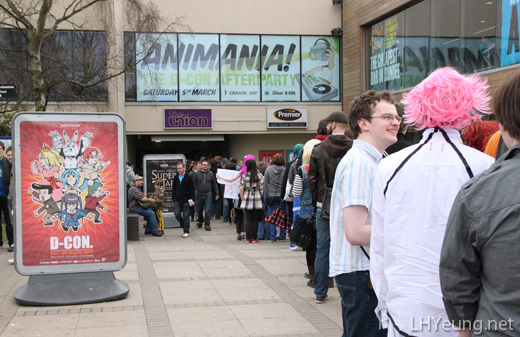 It was my first time in Dundee and instead of noting down directions or following signs, I used GPS on my Android phone to take me there. It's actually not that far from the the train station although I don't know about coach. 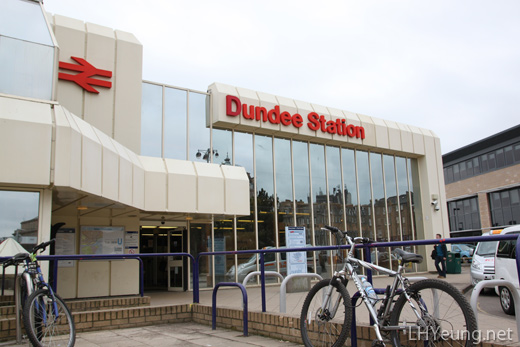 I was hoping the train would run along the long bridge over the river but, it didn't unfortunately. 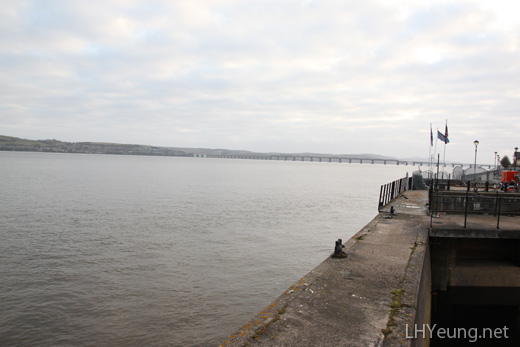 I see some Vocaloid Luka and Kingdom Hearts cosplayers already. Should be going the right way.

The architecture very much reminds me of Glasgow University but... not quite as extravagant. That said, the campus overlooks the port so there's quite a few here! 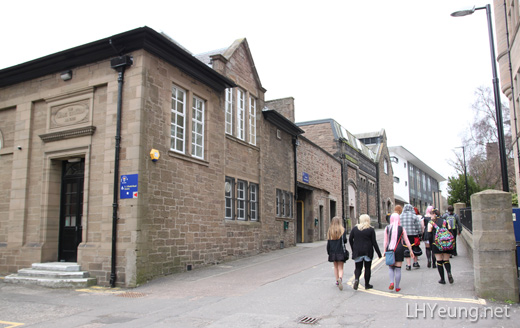 I read there was a barbeque going on at 1pm but I wasn't really expecting a long queue outside like this one! There were girls holding signs or banners offering hugs to people in the queue while we waited something I doubt you'll ever see in HK ^^;

Around half an hour later we were finally starting to go inside. But not after doing the Mexican wave, lol. 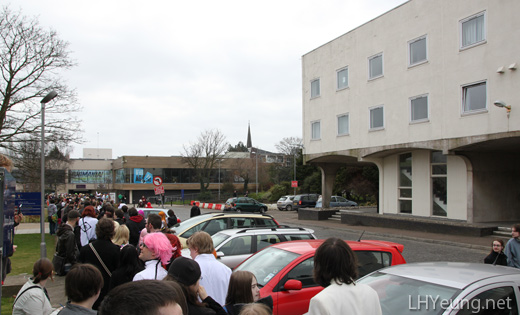 There was a Kendo demonstration, stalls selling Doujinshi and also some import goods like these plushies, unpacked Gachapons and posters but, it was so crowded you literally couldn't move at all during the early afternoon.

First Anime screening was Cencoroll which I had never watched before but the clean art and animation caught my interest. Ended up looking for it when I got back home and didn't really enjoy the story but, it was interesting to learn that it was produced entirely by one man. Reminds me of how Makoto Shinkai started out. In fact... someone actually mistook the show as 5cm!

5 Centimetres Per Second was on the screening list but it was for the following day. Shame because I wanted to see how much interest it would stir up in Scotland.

Apart from Cencoroll, Full Metal Alchemist: Brotherhood and Evangelion 1.11 were also on. 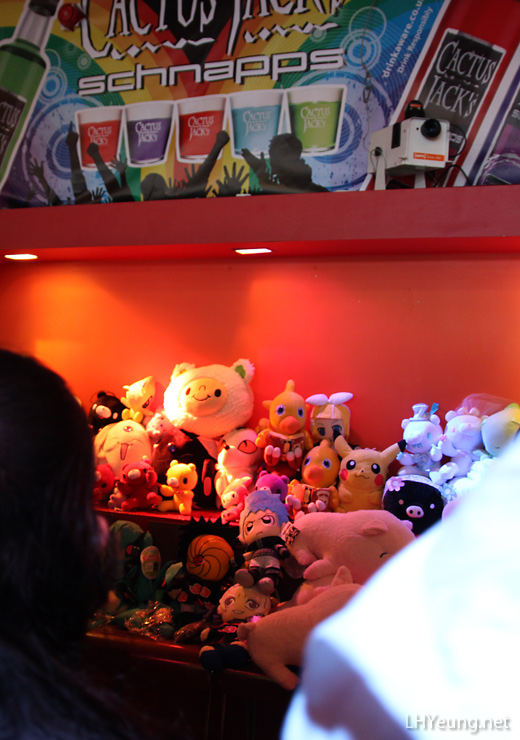 End of the day was the cosplay prize giving. It was mostly mainstream Anime/game characters that appeared such as Sailormoon, Zelda and Dragonball rather than more recent shows which isn't too surprising. The best had to be the Halo costumes! Wonder if we'll see a Metroid Samus someday?

It was quite an event - especially if you enjoy mingling and meeting new people. It's good to see interest Anime has grown to this point where you have a few hundred people attending one venue even though you do still have people calling them "cartoons". I remember when it was used be less than a row of goods dedicated to Manga and Anime in shops if you were lucky to spot them.

End of the day I ended up recording more video than shooting photos and holding a DSLR with a 70mm zoom lens still, high up in the air isn't easy. I was hoping to get a chance to practice some portrait photography with my f/1.4 50mm lens but, guess I need better people skills first ^^;

More photos can be found from the official photographers at the DUSA website. 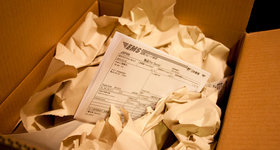 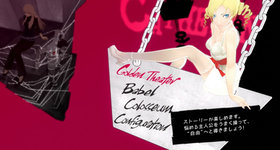