The Small Lives of Summer ::

Been out wandering with my camera again but didn't get any ideas for any shots I could work with. I did catch sight of this common butterfly again though which I had taken a photo of some time ago at Pollok Park. Thought I could try to get a better shot of it this time with my DSLR.

I was told it might be a Monarch Butterfly (the ones from Trauma Team) but I decided to look it up this time. Turns out it's actually a "Painted Lady" named because of the way the spots appear on its wings. The Monarch has a much larger black brim that runs all the way round its wings and doesn't migrate over the UK...

Apparently it can be seen all around the world due to its tolerance to cold temperatures but summer time, June is the peak time when these butterflies migrate into Scotland. Have you seen this in your country?

It's also known as the "cosmopolitan butterfly", "thistle butterfly" or by the scientific name "Vanessa (Cynthia) Cardui". You can catch it feeding off the nectar from flowers or basking in the sun on pathways. It's not quite so pretty underneath the wings which are brown and helps it camouflage away from predators in the woodlands when it's resting.

It won't be until late autumn before they start disappearing.

And towards the end of the day when the sun's rays are turning a golden colour, the worker honey bees are still hard at work collecting nectar to bring back to the nest. You can just make out its long tongue stretching into the flower. It looks like a third antenna. I don't know about other English speaking countries but I guess that's where "busy bee" comes from in the UK when someone's working hard.

The worker wasp on other hand collects meat during this time of year and won't be going for nectar until Autumn when it's time to get drunk (not kidding!).

I practically stuck my camera right up to them to take this shot while they buzzed about because I lacked a prime macro lens but since I wasn't blocking their line of work or slashing out at them, they weren't all that bothered and just buzzed back and forth by my head. 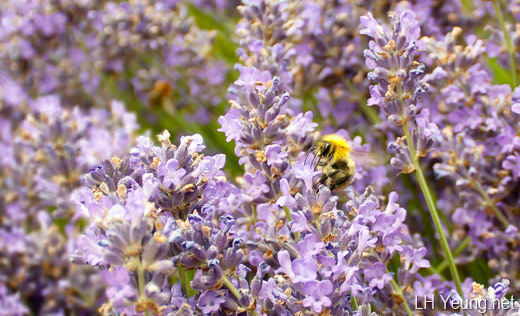 It's a pity I didn't have a macro lens or I could capture the fine hairs on the bee and also the scales that make up the colours on the Painted Lady. I really should pick one up but, there's always a next time for these kind of photos I guess! 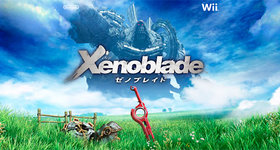 In the world of Xenoblade, there were two gods - one of machine and one of flesh once... 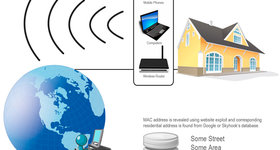 Someone from the annual Black Hat Technical Security Conference has discovered an...