As you'll no doubt already know, a new production blog is up and running for Shinkai's next movie.

But while we're waiting for the official site to be up with more details, here's the next part of the novel translated in English, "Cosmonaut" which is told from Kanae's perspective.

The water dazzled under the rising sun just above the horizon. The sky was blue and my body felt light in the water that felt warm against my skin. I was the only one floating on the sea of light. At times like these I feel as if I’m special and it makes me just a little bit happier. The problems that worried me couldn’t bother me right now.

I continued to paddle with all my energy wave after wave as I thought to myself that perhaps it was because I was so optimistic and got happy so easily that was the cause of my worries. The morning sea was beautiful. It was too hard to describe the colours of the waves as they clashed together little by little. It was enough to catch my attention as the surfboard I was on slid into the face of the next wave. I felt I was ready to stand up on the board but I lost my balance and fell beneath the waves. I failed again. I swallowed some sea water and some of it irritated my eye.

My first worry; I have never managed to stand up on my surf board over the past six months.

I made my way back up to the car park on the shore (it was really just an open field filled with overgrown weeds) and using the tall grass as cover there, I took off the wetsuit that was a perfect fit against my skin then hosed my naked body with water and changed into my school uniform. The place was deserted. The strong sea winds felt very comfortable after getting so hot from the exercise. My short, barely shoulder length hair dried almost in the blink of an eye. The rising sun cast long crooked shadows from the weeds over my white sailor suit top. I loved the sea but I particularly loved it the most when it was this season. If it was winter, it would have been very uncomfortable changing like this.

As I put on some lip balm on my dried lips I heard my older sister’s step wagon driving up so I took my surf board and sports bag with me and made my way to her. She was wearing a red jogging suit and reeling down the driver seat window when she called to me.

My sister was beautiful. Her hair was long and straight, she always kept her composure and she was a high school teacher. She was eight years older than I was and long ago I didn’t like her. Perhaps I had a complex where I would always compare and analyse the average little me against my brilliant sister. But I like her now. Before I knew it, I had come to respect her after she graduated from university and returned home to the island. If she didn’t wear that old jogging suit she would look a lot more beautiful than she did now. But maybe she did that because she didn’t want to stand out too much on this small island.

Again, you can read the rest and find a print out version at my fansite.

Shinkai might get a little technical at times in this little story with Kanae talking about how today's HD technology still fails to capture real life's beauty and I don't think anyone can disagree. After all, photos can only capture some of the sight while video adds sound to it all. They don't capture anything for your other 3 senses. You still have to go visit that place yourself to enjoy it.

It's quite funny the way Kanae's depicted though. I think the most interesting part of the story was when Kanae had that dream she had. As I mentioned before in my initial comparison, it doesn't show Kanae at the opening scene in Cosmonaut but I think that was the dream she had and it was Takaki she saw.

Maybe she really does have "super powers" (or maybe a sixth sense) ^^;

On another note, it doesn't look like many people are interested in the first two episodes of the novel - only the third. Makes sense considering the way it was paced out and how the theme song took up a good part of that episode but, it should also be noted there's some detail that wasn't in the movie during these first two episodes too.

Also interesting how only 15 people out of the 300 individual reads of the first story have said they're interested in an official version of the novel. Perhaps those who haven't showed interest yet are waiting to read over the entire novel first? 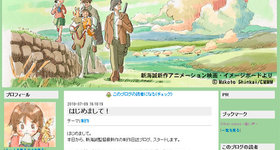 The official site for Shinkai's forth movie isn't ready yet but production of the... 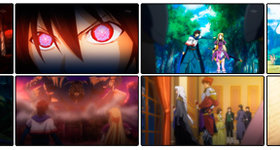 A number of short series just finished not too long ago including Senkou no...

Thank you very much for all the work you've put into translating this novel, I absolutely love 5 Centimeters. I was curious though if you still had plans to finish translating the third chapter? I realize you're probably a busy individual but I would love to be able to read the novel in full.

I stumbled on your site yesterday and read everything you've translated so far, but noticed Part 3 wasn't available yet, and so a quick google search brought me here.

Was really looking forward to get some insight on Part 3.

19 Nov 2010, 1:49:16 pm
Hey!
First off... thank you so much for making the effort to translate this novel into English... You don't know how much I appreciate this... I pretty much fell in love with the movie, and I'm glad that there is a novel as well, to tie up at least some of the loose ends in my mind!
Secondly... do you have any idea of when you might finish translating the third chapter? I can't wait to read it properly! :)

The movie was beyond words... it's become my favourite all time movie without a doubt.

I can't wait for the thirds part, I know it would be great to have a hardcover official translated version but you do a great job, really ! ;)

9 Aug 2010, 2:19:54 am
Thank you so much for the translation. I just watched the movie and loved it, but felt there were a lot of things missing, I can now discover in the novel :) I only read the summary for Ep.3 but definitely will read the previous episodes (though I hope Ep.3 will be available soon, please :B)
The letter Akari wrote to Takaki is a real jewel. Thanks for sharing!