The official site for Shinkai's forth movie isn't ready yet but production of the final movie is under way. He has also joined Twitter (in Japanese of course) and started a new production blog to keep track of the progress. He already has over 1000 followers at the time of writing.

Apart from the short introduction from the blog's administrator, "Kinoko-san", Shinkai talks about how movie production at his new studio in Tokyo, Koujimachi began last year in autumn. He's a little sad that these months of hard working but at times exalting days are about to end soon. 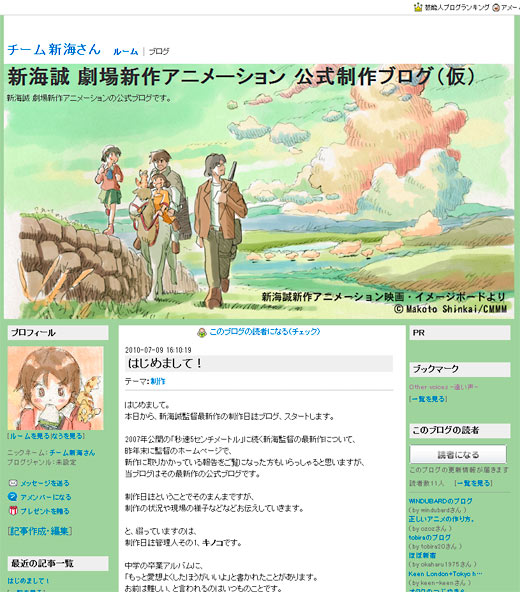 Aside from that, he mentions how while going on a walk one day before dinner, a friend was talking about a movie that she watched and praised but in the end told him, "But this wasn't one of the movies that changed my life."

As production continues, Shinkai would occasionally remember these words and hopes that his latest work will make an impression with as many people as possible so that they will never forget it as long as they live.

I think this is the right move as far as marketing is concerned considering how Twitter is used as a news source these days. First party blogs also help keep the interest without having to depend on third party news sites. It's probably more sincere too. 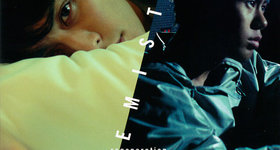 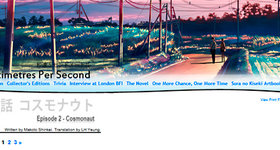 As you'll no doubt already know, a new production blog is up and running for...

1 Aug 2010, 1:08:13 pm
Much obliged for the information. I've fallen behind on news of the sensei's exploits and updates like these are certainly appreciated. (Incidentally, I've only been on Twitter since yesterday - and thanks to your post, Shinkai has the honour of having the very first place on my "Following" queue.)