I'm sure Atlus are well known for their Persona and Trauma Centre games in the West by now but what about their other titles?

In Tokyo Exorcists - Tales of Karasunomori Academy, you play as senior high student Kazuki Shichidai who just like a number of other students. experienced an odd phenomena at the library. They all answered an odd questionnaire with a ghostly question written on the back. It turns out those who saw this question are gifted with special powers and are chosen to take the Japanese OXAS "Card Archiver" Exam and help collect "Kamifuda", powerful cards from ancient times that were once sealed but unleashed into the world once again. Left alone, these cards can convert energy and even humans into powerful "Oni" creatures and bring disaster to the world. Now it's up to you to seal them all again in Shinjuku. 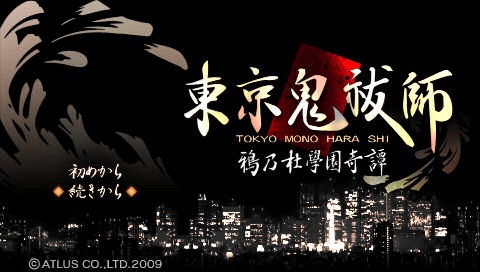 You're given a number of questions to determine your stats when you start the game which isn't really anything new in RPGs. The game is split into two halves, first half being a visual novel where you read through lots of dialogue and spend the day in school which is kind of similar to Persona 3 Portable's flow. However, instead of dialogue choices, you're given eight emotions to express yourself such as happy, friendly, anger, troubled, love etc. As you can imagine, this changes the dialogue slightly and either improves or degrades your relationship with the characters. The emotions can be a bit vague compared to the written multi-choices but, it does help immerse you into the game world. 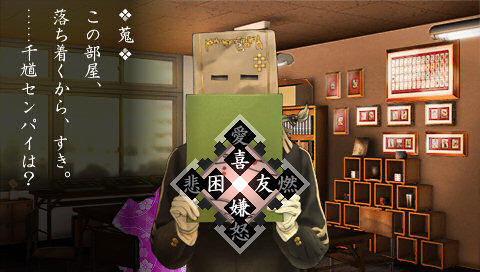 The second half is the dungeon and RPG part of the game. You walk around in first person view like in the MegaTen and earlier Persona games which can be pretty slow because you can only pivot on the spot to turn. There's puzzles to solve such as using your "Mystic Eye" to find hidden objects, finding keys etc and even jumping across holes. The puzzles are generally straight forward because most of the time the game is leading you by the hand such as colour coding where blocks should be moved to unlock a door. On the other hand, jumping's as cumbersome as navigating the dungeons because you can only jump forward and not diagonally. There's no random encounters fortunately which I'm not a big fan of. Enemies usually attack you in the same spot. In battles, you're given Action Points (AP) and doing anything including moving costs AP. Enemies have weaknesses and funnily enough it's not the usual water and fire elemental weaknesses. This time its the seasons; spring, summer, autumn and winter but they're easy enough to learn by common sense such as how spring powers are strong against winter. 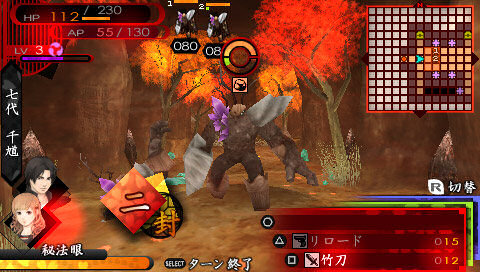 In addition to the seasons, you also carry two weapons which can also be weaknesses. You are also accompanied by two party members of your choice. They don't actually do anything in battles and are more similar to equipping yourself with skills. As you progress in the game, you have more and more party members to select from, each with their own special attack such as Mutou Ichiru who has a powerful punch against a single enemy or Minori who can heal. Similar to Perosona 3's Social Link system, your relationship determines how strong your party members are. "Fuda" cards can give your equipment a boost, a field advantage such as a defence boost or seasonal damage on certain parts of the grid. It's fun because it's as if you're laying traps and you can lay as many as you want if you have enough Mystic Eye power left. The catch is, enemies respawn for every turn when you're faced with bosses until you defeat the main boss and this can be very hard if you don't know their weaknesses. Fortunately you are also rewarded for good strategy and your Mystic Eye gauge is replenished when you defeat multiple enemies per turn. Most of the time I found myself laying down a winter card that strikes the enemy with lightning every time they step into the grid and a summer card that repels them back from me. This works on bosses too it seems which means the game doesn't feel very challenging or prove as satisfying to get the strategy right. 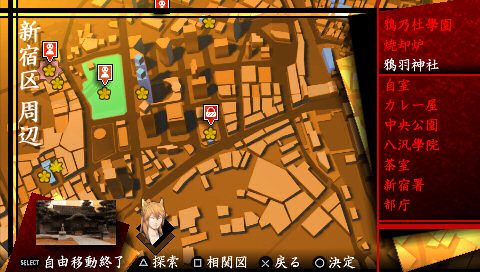 Once you level up, you can open up your "report card" and spend points on your stats such as strength but interestingly enough, you also earn points to spend on your academic stats. It doesn't work quite like the system Persona 3 introduced because your academic stats never really play a role in how well you get along with the other characters. Instead, it helps with your abilities such as how well immunised you are against status effects. The second set of points feel unnecessary to be honest. The Onis don't drop any cash at all so you have to rely on doing randomly generated side quests which can get a little repetitive. You either perform a certain "ritual" in a specified area, hunt down a certain Oni or for those who enjoy puzzlers, arrange the Fudas into a certain pattern. You'll be doing quite a few of these quests because the equipment costs so much! That said, I managed to get through most of the game without buying any new equipment. 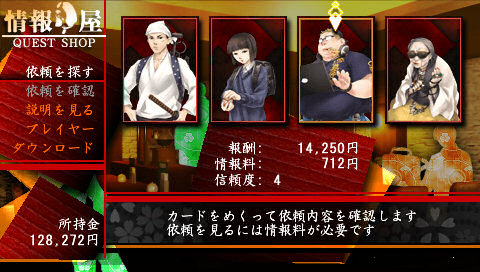 The game is based in modern day Japan but instead of being faces with concrete skyscrapers, you see many beautifully rendered traditional environments such as the temples or other wooden feudal age buildings. The "Fudas" which are like a Japanese version of playing cards have rich painted illustrations on them. Every chapter is like a self-contained story where you watch the opening and ending credits every time. Fortunately you can skip them. Your protagonists are your typical high school students and the character set up is very much cliché as with most JRPGs but the portraits have a fairly good hand drawn touch to them. Most of the artwork feels like your old skool visual novel game. The outlines look a lot more detailed than the recent Persona games. 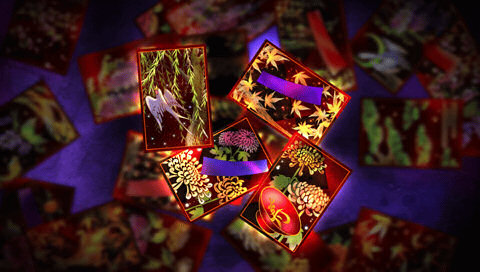 Dungeons are in 3D and "Oni" models look lively and textured enough. They aren't the "demons" you're used to in the MegaTen or Persona games and I think that's a good thing because even though Kaneko's designs are good, they can become a bit tiring when you know exactly what all their weaknesses and skills are in every game. Instead you have designs resembling Youkai which are also "demons" or "spirits" that appear in Japanese folklore such as the Nine Tail Fox or Snow Woman. There isn't full voice acting, just a few key lines spoken now and then by familiar voice actors such as Miyuki Sawashiro as Shiro but it's good enough to maintain your impression of the characters. Music is mostly composed of traditional oriental instruments and does a good job of setting up those creepy moments when a background story is told about your next target card. Masayuki Doi and Atsushi Kitajoh are the sound creators which explains why the music feels oddly similar to the Trauma Centre series. Some sound effects are even exactly the same. 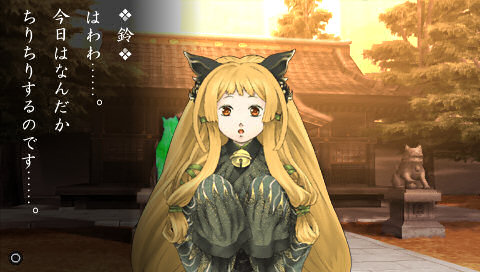 Tokyo Monoharashi is a mix of a visual novel, dungeon crawling and card game based RPG. I'm not too impressed with the "Fuda" card battle system because it's very easy to exploit. Enemies (including bosses) seem to be stupid enough to fall for the same trick throughout the entire game. However, anyone who is looking for a first person RPG with a slightly more traditional oriental presentation or one where you can develop relationships with the in-game characters like in Persona 3 might enjoy this. 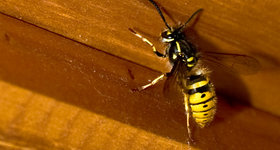 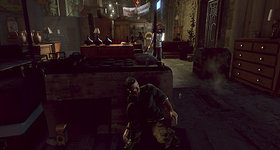